Manuel Oliver has found yet another way to honor son Joaquin a month after the teen died in the mass shooting at a Florida high school.

He painted a mural in South Florida this weekend honoring his child and the 16 others who died, after an earlier announcement that his family had started a nonprofit in support of young people.

But Saturday he simply picked up a paint roller and emphatically spelled out, “We demand a change” at a Miami art gallery, as recorded on video by one of his son’s classmates, Lex Michael.

His work is part of the gallery exhibit named the “Parkland 17,” which uses photographs and other art displays to honor the victims of the shooting, ABC Miami affiliate WPLG-TV reported. The exhibit opened this weekend. 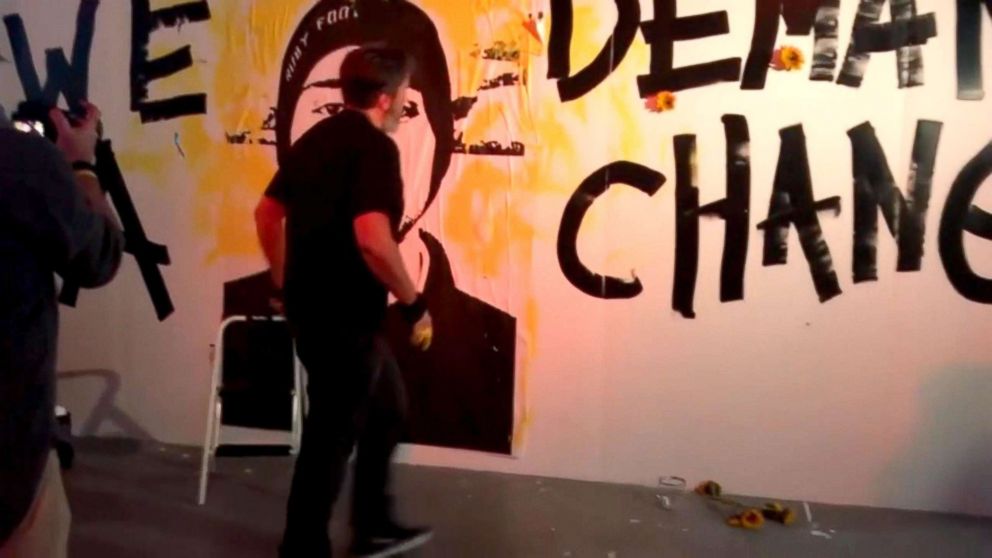 ABC News
Manuel Oliver paints a mural for his son Joaquin, who was killed in the Stoneman Douglas mass shooting. The mural was part of the "Parkland 17" art exhibit that was on display in Miami over the March 9th weekend.

“This art exhibit was so powerful, so emotional, so raw; words cannot describe what being there last night meant to me,” Stoneman Douglas student Emma Gonzalez, who has become a national voice and advocate for gun control, told the station.

Oliver’s mural is part of an art gallery that was created by artist Evan Pestaina and financed by Miami Heat player Dwyane Wade.

Parkland victim Joaquin Oliver's family launches activism initiative
Frantic calls released from Parkland shooting: 'I love you, it's going to be fine ... I need you to play dead,' mom says

Joaquin was 17 and loved basketball. He was buried wearing a Wade jersey. Wade met Joaquin’s family last week when he visited the students at Stoneman Douglas. 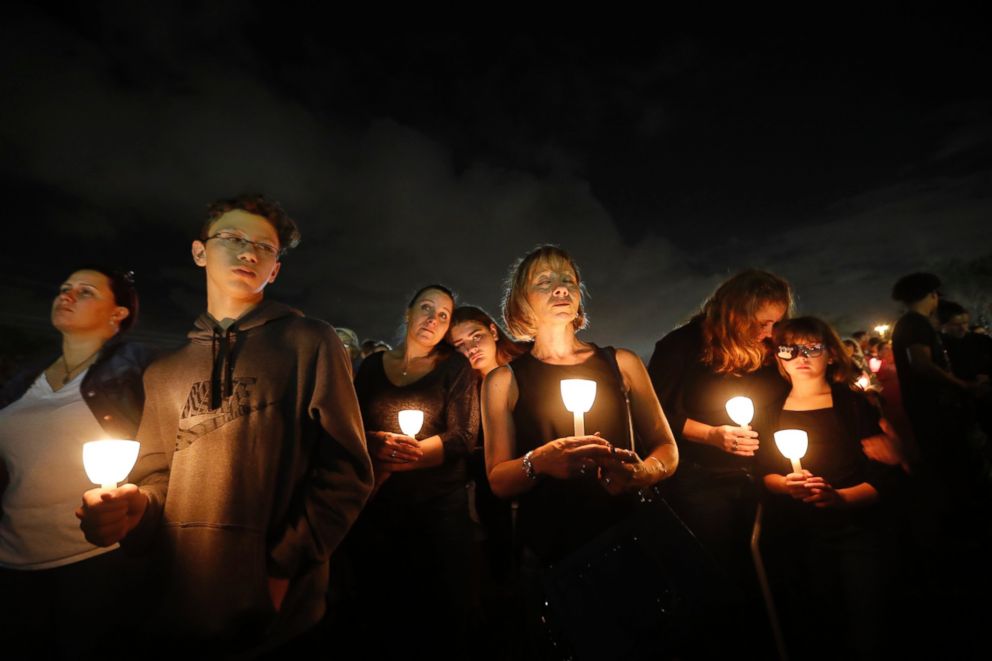 AP
People participate in a candlelight vigil in memory of the 17 students and faculty who were killed in the Wednesday mass shooting at Marjory Stoneman Douglas High School in Parkland, Fla., Monday, Feb. 19, 2018.

Oliver last Tuesday announced a new initiative called Change the Ref while wearing his son’s basketball shoes before a crowd at a recreational league basketball game.

The nonprofit says its goal is “to empower our next generation so they can fight for their values, have their voices heard, and impact change for their future.”

In a video explaining the organization, Oliver said, “There is nothing I can do to bring him back into our lives, but there are many things that we can do together to make some changes.” 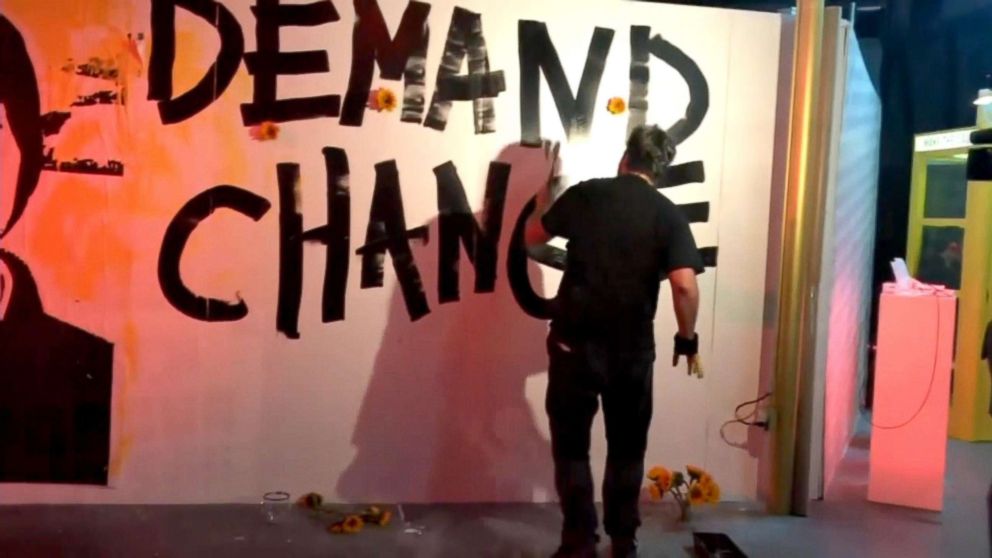 ABC News
Manuel Oliver paints a mural for his son Joaquin, who was killed in the Stoneman Douglas mass shooting. The mural was part of the "Parkland 17" art exhibit that was on display in Miami over the March 9th weekend.