Former President Trump, his attorney Rudy Giuliani, the Proud Boys and Oath Keepers conspired to violate the 1871 Ku Klux Klan Act, which prohibits any actions designed to prevent Congress from carrying out its duties, when they incited the Jan. 6 riot at the Capitol, a new lawsuit from the chairman of the House Homeland Security Committee alleged.

The insurrection was the result of a carefully orchestrated plan by Trump, Giuliani and extremist groups like the Oath Keepers and Proud Boys, all of whom shared a common goal of employing intimidation, harassment and threats to stop the certification of the Electoral College, said Rep. Bennie Thompson, a Democrat from Mississippi.

“The Defendants each intended to prevent, and ultimately delayed, members of Congress from discharging their duty commanded by the United States Constitution to approve the results of the Electoral College in order to elect the next President and Vice President of the United States,” the lawsuit said. “Pursuing a purpose shared by Defendants Trump and Giuliani as well as Defendant Proud Boys, Defendant Oath Keepers played a leadership role of the riotous crowd and provided military-style assistance sufficient to overcome any Capitol Police resistance.” 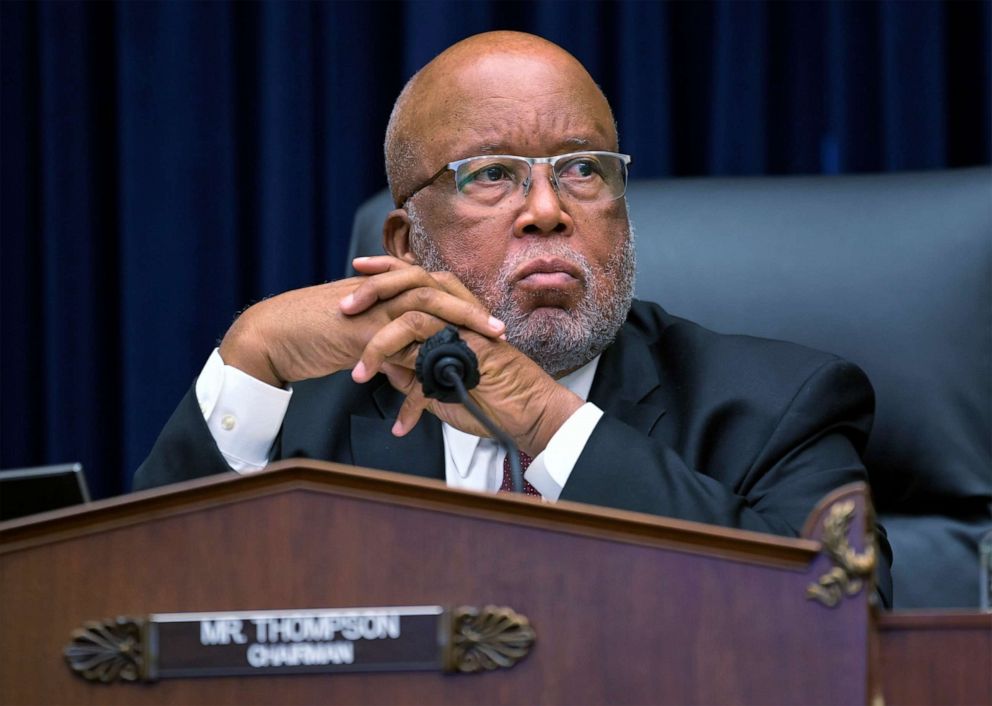 With the benefit of not having to prove criminal allegations beyond a reasonable doubt, the civil lawsuit, filed Tuesday in U.S. District Court in Washington, D.C., on behalf of Thompson in his personal capacity by the NAACP and civil rights law firm Cohen Milstein Sellers & Toll, sought unspecified compensatory and punitive damages. The lawsuit is suing Trump in his personal capacity, alleging that he acted outside the scope of his office when inciting the rioters.

The lawsuit alleged violations of the Ku Klux Klan Act, which was passed in 1871 in response to KKK violence and intimidation preventing members of Congress in the South during Reconstruction from carrying out their constitutional duties. The statute was intended specifically to protect against conspiracies, attorney Joe Sellers said. 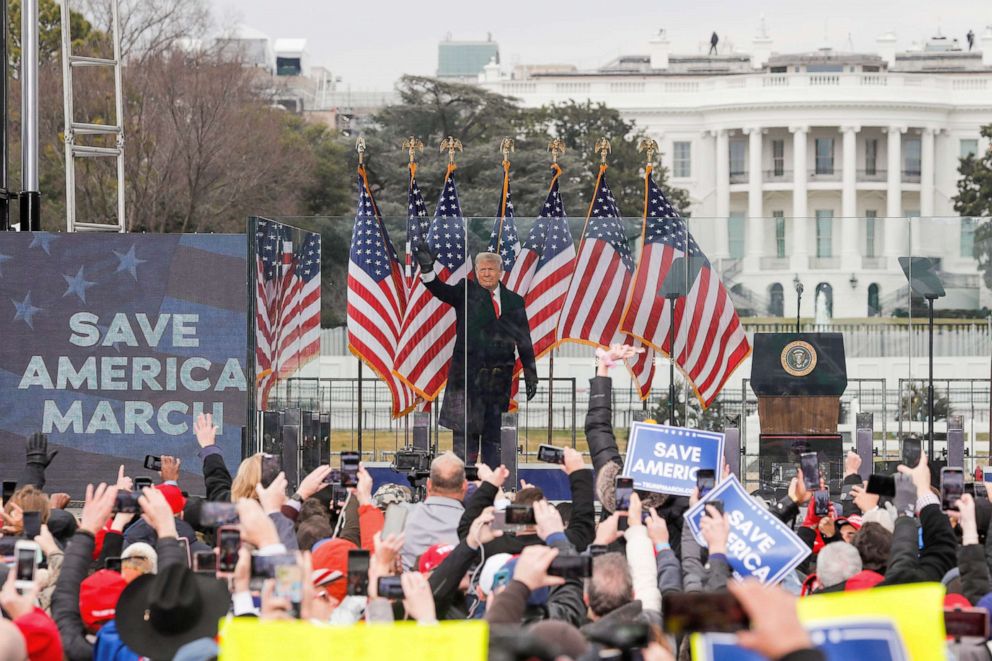 Jim Bourg/Reuters, FILE
President Donald Trump waves to supporters during a Jan. 6, 2021 rally to contest the certification of the 2020 presidential election results by Congress, in Washington, D.C.

The litigation follows a long list of similar cases in recent decades in which organizations have used lawsuits, and financial penalties, to expose the networks and financiers of hate groups. One example is a lawsuit that ultimately forced the 2001 closure of the Aryan Nation’s Idaho compound.

Thompson quoted Senate Minority Leader Mitch McConnell openly encouraging litigation against Trump: “We have a criminal justice system in this country. We have civil litigation. And former presidents are not immune from being accountable by either one.”

After witnessing Capitol police barricading the doors of the House chamber with furniture, Thompson and fellow lawmakers donned gas masks and were rushed into the Longworth House Office Building where they sheltered with more than 200 other representatives, staffers and family members.

“Jan. 6 was one of the most shameful days in our country’s history, and it was instigated by the president himself,” Thompson said. “His gleeful support of violent white supremacists led to a breach of the Capitol that put my life, and that of my colleagues, in grave danger.”