Federal officials warned in a new bulletin that law enforcement officers and others in the government are facing increasing threats after last week's unprecedented search of former President Donald Trump's residence at Mar-a-Lago.

The joint intelligence bulletin from the Departments of Justice and Homeland Security was released Friday and obtained by ABC News. It was disseminated "in light of an increase in threats and acts of violence, including armed encounters, against law enforcement, judiciary, and government personnel, in reaction to the FBI's recent execution of a court-authorized search warrant in Palm Beach, Florida," officials wrote.

The bulletin links the latest concerns of possible violence with a broader polarization in society, driven in part by statements from lawmakers themselves.

"Since the search, the FBI and DHS have observed an increase in violent threats posted on social media against federal officials and facilities, including a threat to place a so-called dirty bomb in front of FBI Headquarters and issuing general calls for 'civil war' and 'armed rebellion,'" officials wrote in the bulletin.

"Many of these threats include references to the perception that the 2020 presidential election was fraudulent and other claims of government overreach, which are narratives that have mobilized [domestic violent extremists] in the past to commit acts of violence, including against law enforcement and federal, state, and local governments," the officials added.

Specifically, officials identified multiple articulated threats and calls for the targeted killing of judicial, law enforcement and government officials associated with the Palm Beach search, including the judge who approved the search warrant, the bulletin stated. 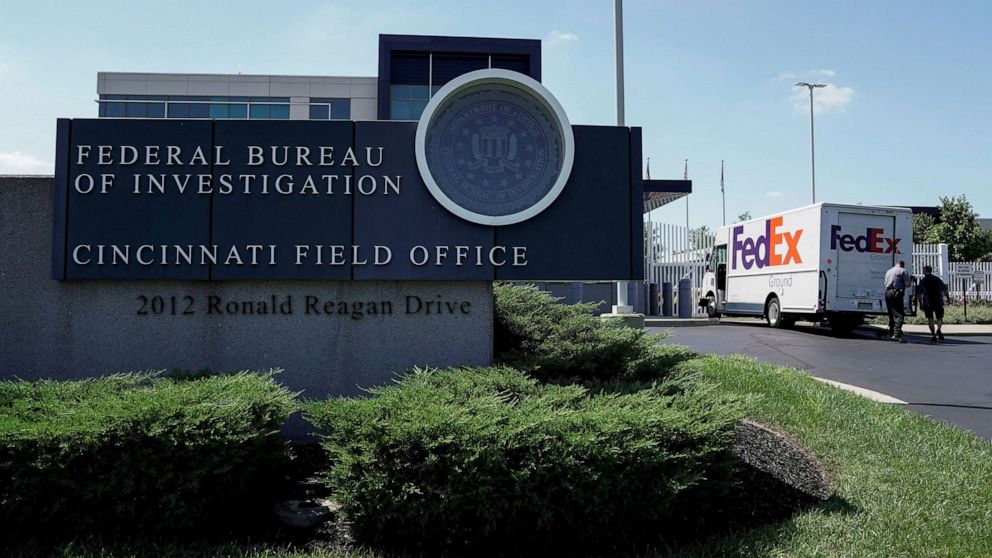 Jeffrey Dean/Reuters
A FedEx truck is inspected outside of the front gate of the FBI's Field Office, after police closed off Interstate 71 North after reports of a suspect attempting to attack the FBI building, in Cincinnati, Aug. 11, 2022.

The FBI and DHS have also observed the personal identifying information of possible targets of violence, such as home addresses and identification of family members, disseminated online as additional targets, according to the bulletin.

The warning comes after FBI agents searched Trump's home early last Monday in connection with the suspected improper handling of government information. A redacted copy of the search warrant shows agents took out boxes of sensitive, top secret and other classified files.

Trump denies wrongdoing and says he is being politically persecuted; his spokesperson has also claimed the documents that were retrieved were declassified.

MORE: Garland puts pressure back on Trump as GOP targets Justice: The Note

The search caused an uproar among Trump's allies, who painted it as overtly political. Some lawmakers, like Rep. Marjorie Taylor Greene, R-Ga., issued calls to "defund the FBI."

Such comments built on baseless conspiracy theories by Trump and others that the 2020 election was "rigged" and that a so-called "deep state" has been supposedly acting to undermine the former president from within the government.

The law enforcement bulletin released Friday referenced officials' rhetoric in being one of multiple possible contributors to the threats. 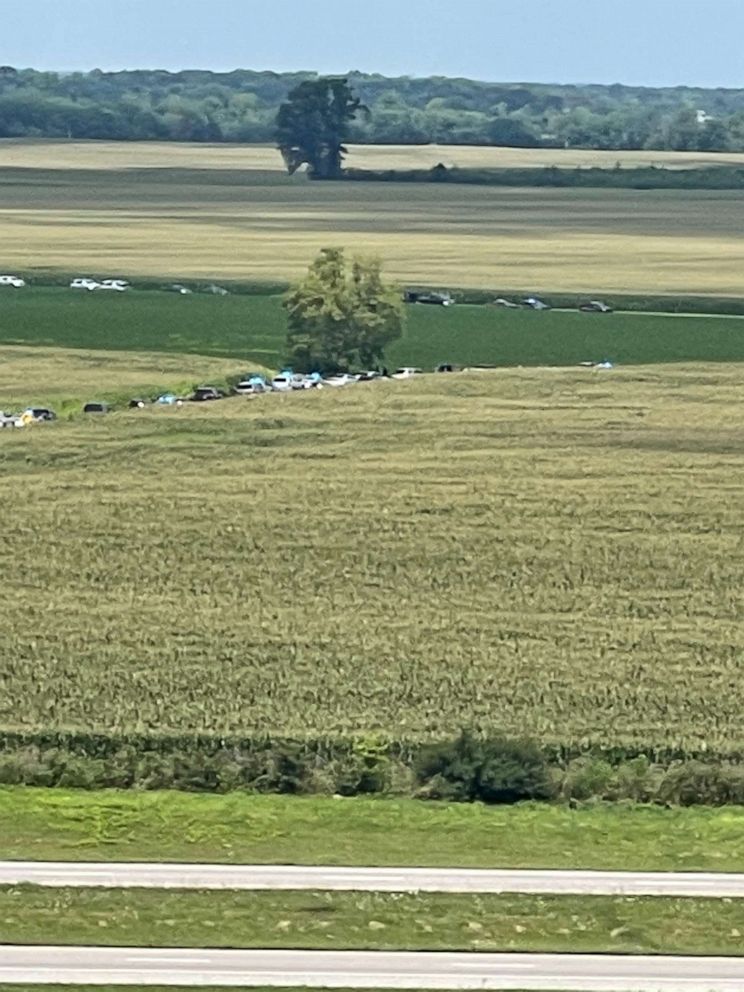 Bryan Vaughan, FILE
A large police presence was captured in Wilmington, Ohio, after an alleged break-in at the FBI's Cincinnati office, Aug. 11, 2022.

"Drivers that could escalate the threat environment include possible future law enforcement or legal actions against individuals associated with the Palm Beach search, statements by public officials which incite violence, a high-profile successful … attack that inspires copycats, or the emergence of additional conspiracy theories," the officials wrote.

"The threats we have observed, to date, underscore that [domestic violent extremists] may view the 2022 midterm election as an additional flashpoint around which to escalate threats against perceived ideological opponents, including federal law enforcement personnel," the officials wrote.

Days after the Mar-a-Lago search, authorities said, an armed man tried to break into the FBI's Cincinnati field office before fleeing -- and was ultimately shot and killed by police after a standoff.

The man, Ricky Shiffer, is a "suspected domestic violent extremist," according to law enforcement officials briefed on the probe.

Investigators have been looking social media posts apparently linked to Shiffer, which called for violence in the days after the FBI raid of Trump's home, officials previously told ABC News.