A three-time MLB All-Star and a veteran pitcher were among 21 people implicated in the Dominican Republic on Tuesday as part of what the country's attorney general called the "largest operation in the history" of his office.

Luis Castillo, a second baseman who played for the Miami Marlins and New York Mets, among others, and Octavio Dotel, a relief pitcher most notably with the Houston Astros and Chicago White Sox, were caught up in the sweep, according to Attorney General Jean Alain Rodríguez.

(MORE: Roger Clemens: 'No interest' in running for Congress despite GOP recruitment effort)

The operation allegedly funneled drugs from South America through the Dominican Republic as an intermediary before they arrived in the United States, according to the attorney general's office.

The organization, organized with a "mafia structure," was allegedly led by César Emilio Peralta, aka Cesar El Abusador, who Dominican authorities said is still on the loose. His top associates -- Baltazar Mesa, José Jesús Tapia Pérez and Sergio Gómez Díaz -- have been taken into custody. 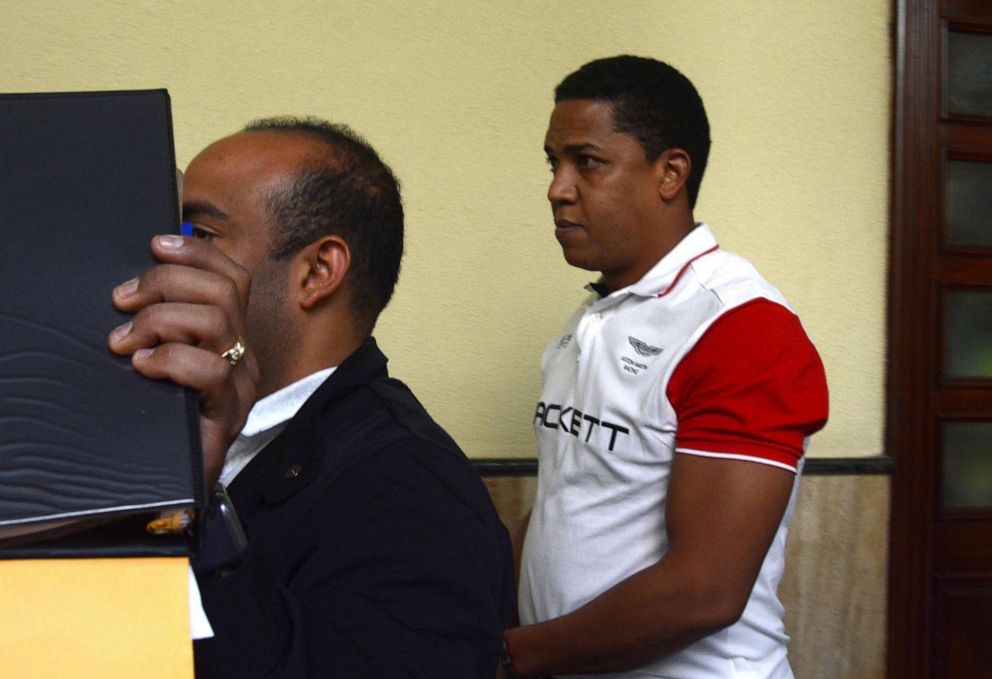 Pedro Sosa/Diario Hoy via AP
Former MLB pitcher Octavio Dotel is transferred to a police station after his arrest for alleged links to a drug-trafficking and money-laundering ring in Santo Domingo, Dominican Republic, Tuesday, Aug. 20, 2019. There was no immediate comment from Dotel, who set a record for playing on more MLB teams than any other player.

There were 18 other people in the country who were swept up in the raids, which Rodriguez said took the efforts of 700 people, including 50 prosecutors, and agents from the National Drug Control Directorate and the Ministry of Defense.

"To enter and launder the illicit money obtained from drug trafficking, César El Abusador also created a complicated corporate framework to disguise the origin of his fortune, also using numerous individuals belonging to his family and social circle to hide his assets, including 2 sports figures of the Dominican Republic," Rodriguez said in a statement.

The United States' Drug Enforcement Agency, FBI, Special Division of Transnational Organized Crime Investigation and the Department of Justice all assisted Dominican authorities in the bust.

Rodriguez said the United States has requested extradition of Mesa, Perez and Diaz.

Dotel was photographed at a police station in Santo Domingo Tuesday, but did not comment on his arrest. Castillo has not been taken into custody and his lawyer said he was living in Florida and had not been to the Dominican Republic recently.

"Mr. Castillo has not been arrested or involved in any drug ring, cartel, drug trafficking, money laundering, or other criminal conspiracy," his lawyer, Alan Wilmot, said in a statement provided to several media outlets. 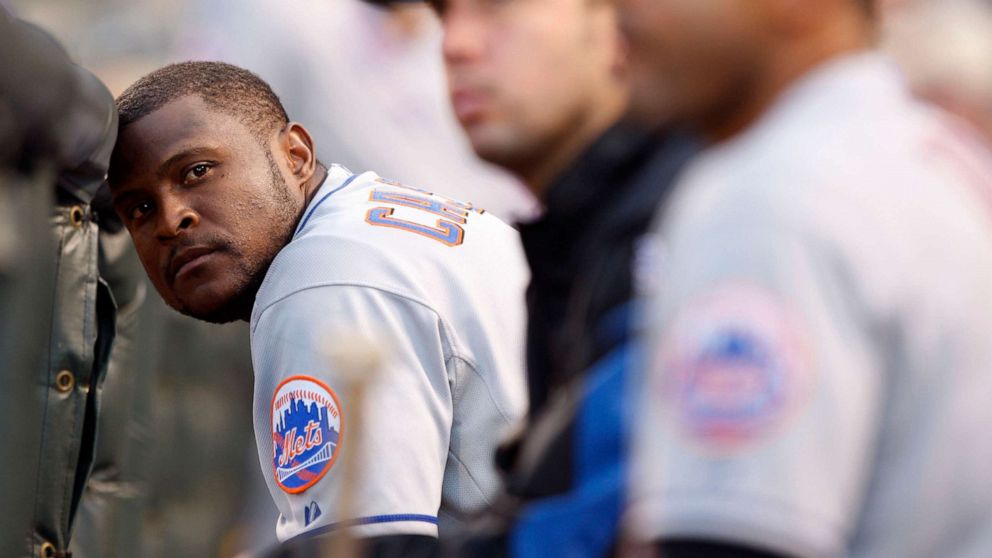 David Zalubowski/AP, File
In this June 21, 2008 file photo, New York Mets second baseman Luis Castillo rests his head against the dugout rail in the eighth inning of the Colorado Rockies' 7-1 victory over the Mets in a Major League baseball game in Denver. 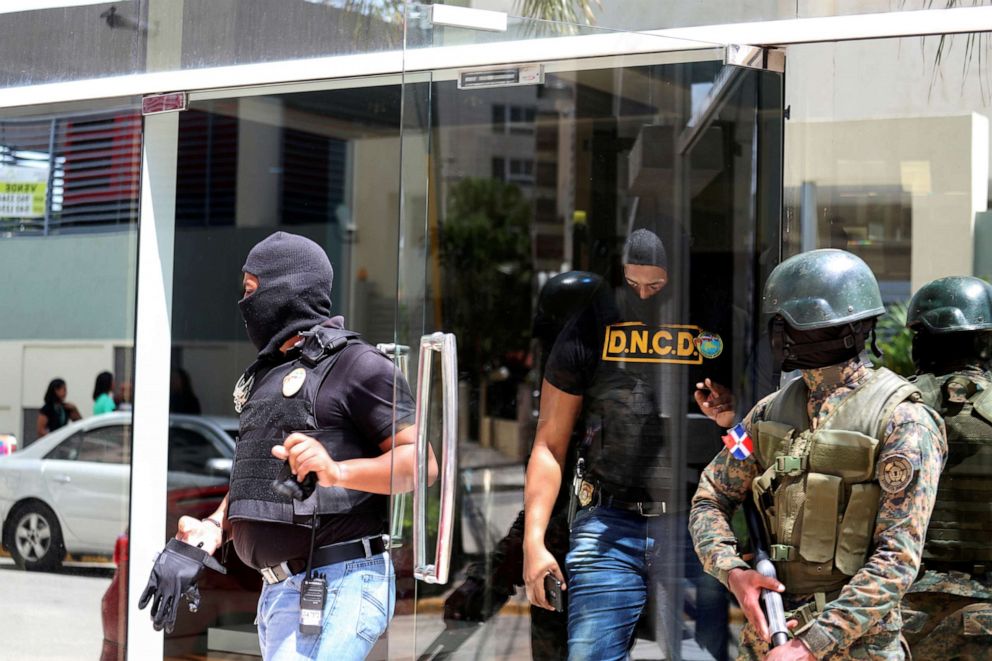 Ricardo Rojas/Reuters
Members of the National Army, National Directorate of Drug Control (DNC) and Public Ministry raid the properties of Cesar Emilio Peralta accused of running a wide network of drug trafficking in the Dominican Republic and the U.S., in Santo Domingo, Dominican Republic, on Tuesday, Aug. 20, 2019.

He won a World Series with the Marlins in 2003.

Dotel pitched for a record 13 teams in his 15-year career and won a World Series with the St. Louis Cardinals in 2011.

The pair are not the only baseball players to recently be caught up in a drug trafficking scandal. Esteban Loaiza, who was briefly teammates with Dotel on the 2008 White Sox, was arrested in 2018 for possession of 44 pounds of cocaine he had trafficked from Mexico to his home near San Diego. He was sentenced to three years in jail in March.