In a promising development, an initial glimpse at the data from Pfizer's ongoing late-stage clinical trial shows that the company's vaccine is more effective at preventing COVID-19 than placebo.

An early morning release said the vaccine from Pfizer and partner Biotech was "found to be more than 90% effective in preventing COVID-19" according to an early analysis that included 94 confirmed cases of COVID-19 in trial participants. More safety data is needed prior to authorization.

"The vaccine was proven to be very efficacious, overwhelmingly. And that was big news for me as well," said Pfizer CEO and Chairman Dr. Albert Bourla, speaking on ABC's "GMA3."

“The data certainly look encouraging,” said Dr. Paul Offit, a professor of pediatrics at Children's Hospital of Philadelphia, and member of an independent committee that advises the FDA on vaccines.

"The uncontrolled pandemic in the US helped 'a lot' to rapidly reach endpoints," said Dr. Carlos Del Rio, professor of medicine and global health at Emory University. "I would like to look at the data first but this is obviously very encouraging."

More safety data is still necessary before the company will apply for a limited authorization for high-risk individuals (i.e. elderly, health care providers and/or first responders) or the more complete Biologics License Application that grants approval for almost everyone. 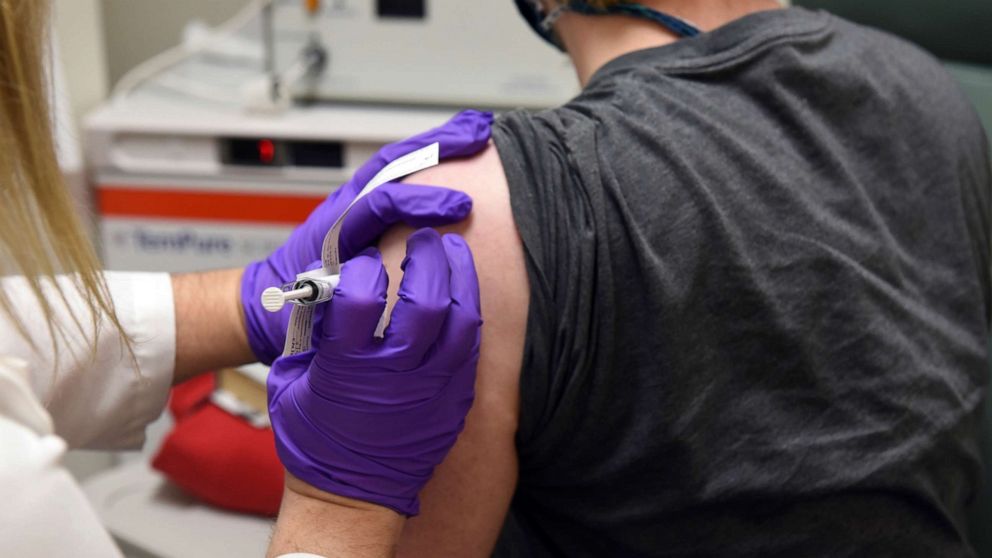 Pfizer's vaccine won't be rolled out in any mass immunization campaign just yet. First, the company must demonstrate that the vaccine is not just effective, but also safe. According to FDA guidelines, that means at least two months of safety data after the last injection in half the volunteers.

The company plans to submit for FDA authorization in the third week of November.From there, it could take the FDA two to four weeks to make an authorization decision after a public hearing and a recommendation from an independent vaccine advisory committee.

According to FDA guidance, companies are permitted to ask for an emergency authorization based on efficacy data from an interim analysis, plus at least two months of safety data.

This could make Pfizer the first company to have a vaccine available in the United States if given the green light by the FDA.

Other companies are not far behind. Moderna has enrolled all 30,000 volunteers needed for its late-stage trial, and expects to have its first interim analysis this month too.

Two other companies affiliated with Operation Warp Speed -- AstraZeneca and Johnson & Johnson -- had brief setbacks when their late-stage trials were paused over safety concerns. But those trials are now back up and running and may have data available in early 2021.

Operation Warp Speed chief advisor Dr. Moncef Slaoui told ABC News that if everything continues to go according to plan and there are no major scientific or manufacturing delays, most Americans could have access to a vaccine by spring 2021 and possibly be immunized by June.