Prince William, Princess Kate and Prince Harry came together this morning at Queen Elizabeth Park in East London to formally launch their new mental health campaign, The Heads Together Campaign.

The campaign will be the biggest joint initiative the royal trio will undertake over the next year, bringing together eight charities to change perceptions about mental health.

"We have seen that unresolved mental health problems lie at the heart of some of our greatest social challenges," Prince William said today. "Let's all get together and change the conversation from one of silence and shame to one of optimism and support."

"#HeadsTogether wants to help everyone feel much more comfortable with their everyday mental wellbeing"-The Duchess pic.twitter.com/Sf8Zipq6H1

Kate, 34, also spoke at the event and echoed William's sentiment, saying, "People feel afraid to admit they are struggling with their mental health. This fear of judgment stops people from getting the help they need which can destroy families and end lives."

The royals all got into the spirit by showing off their sporting skills and trying their hand at boxing at the Mind Charity booth. The charity encourages physical exercise to help with mental well-being. 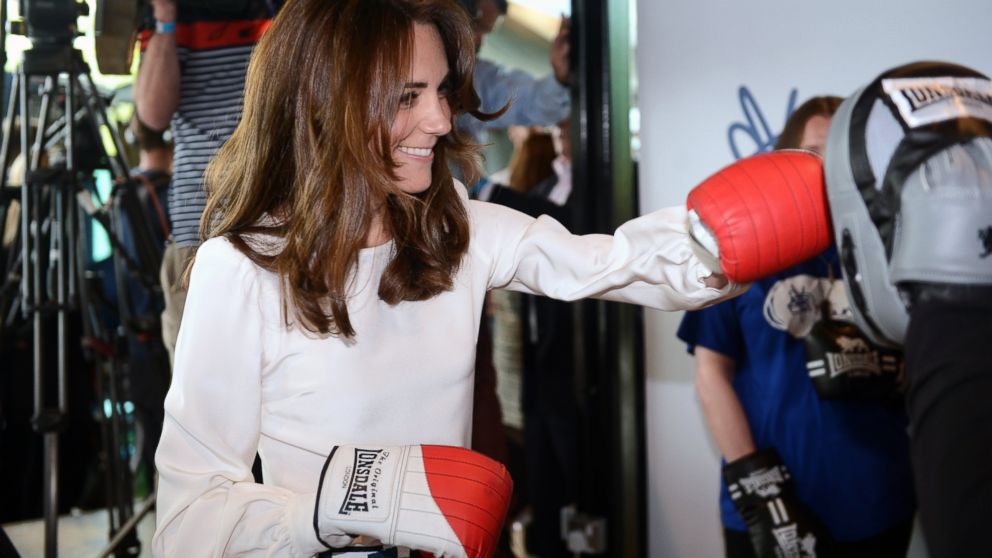 Jeremy Selwyn/AP Photo
Kate, the Duchess of Cambridge, boxes with former boxer Duke McKenzie during the launch of Heads Together, the ambitious new campaign to end stigma on mental health, at the Olympic Park in London, May 16, 2016.

William joked that Kate, dressed casually in a $130 Banana Republic skirt and Goat white blouse, "Took to boxing like a duck to water."

And now... it's Duke vs. Duke, putting up their dukes! (...Was that was a pun too far???) #HeadsTogether pic.twitter.com/VCkwZNRX54

Prince Harry, 31, also spoke at the event and later spun some tunes at the DJ deck.

So... the big question: what did Harry add to our #HeadMix playlist? Runnin' by @NaughtyBoyMusic. Tune. pic.twitter.com/4Xx6AbO6q3

"As the year progresses, the three of us working with all of you in this room and others who will see us along the way want you come up with practical ways for everyone who needs help with the right support and care," he said. "We want to build on the great work that others are already doing, but make it even more ambitious. By putting our heads together, we can all make a big difference."

The royals released a catchy video last month to introduce the initiative and are hoping to "change the conversation" and destigmatize the taboo surrounding mental health. Prince William, Princess Kate and Prince Harry say their goal is to make it safe for kids to open up, hoping to tackle bullying, suicide and childhood mental health.

Each of the three royals will focus on a different component of mental well-being. Prince William will target young men at risk for suicide and Kate will focus on childhood mental health. Prince Harry will help military members and veterans cope with the mental health challenges they often face, highlighting the "invisible injuries" of their service. 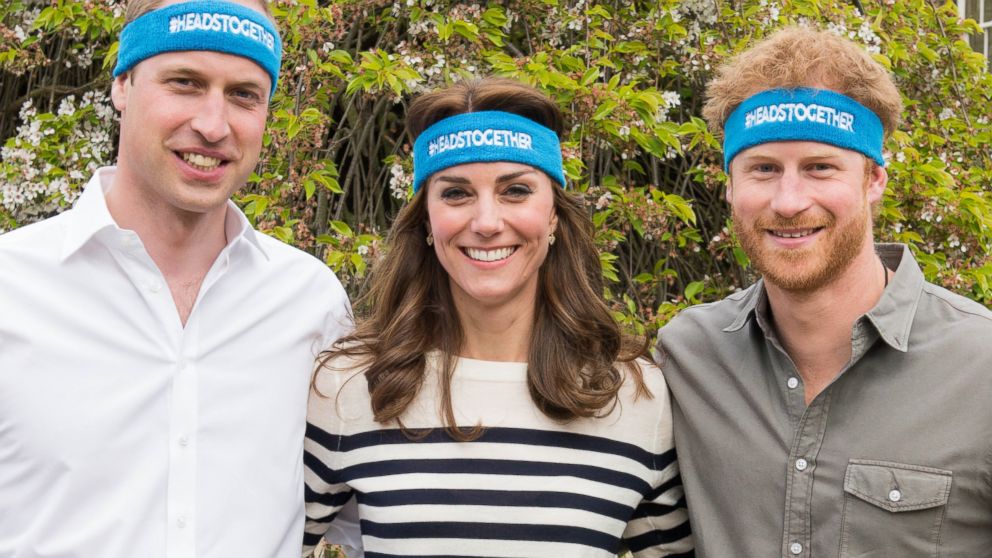 Nicky J Sims/Getty Images
The Duke and Duchess of Cambridge and Prince Harry are spearheading a new campaign called Heads Together in partnership with inspiring charities, which aims to change the national conversation on mental wellbeing, April 21, 2016, in London.

The eight charities that make up The Heads Together Campaign are: the Anna Freud Centre, Mind, Place2Be, Best Beginnings, Campaign Against Living Miserably, Contact, The Mix and YoungMinds.

Prince William concluded today's launch by saying, "Heads Together wants to get people talking. The more we talk about mental health, the more normal the topic becomes, and the more we feel able to open up and seek support. By asking for help, by telling a friend we have a problem, by asking someone else how they feel – by having a conversation – we take the first step to feeling better about ourselves and the first step to being able to cope better with the ups and downs of life. This is relevant to everyone."

"Like most parents today, William and I would not hesitate to seek help for our children if they needed it. We hope to encourage George and Charlotte to speak about their feelings," the duchess wrote in the blog.