Greta Thunberg, the 16-year-old climate activist who sailed across the Atlantic Ocean as an alternative to air travel, took her climate protest to the White House on Friday.

Thunberg joined hundreds of young climate activists at the Ellipse across from the White House to pressure Congress and President Donald Trump to take action on climate change.

The protest marks the beginning of six days in Washington, D.C. for Thunberg, leading up to the Global Climate Strikes starting on Sept. 20 -- protests aimed at encouraging a week of climate action in major cities around the world.

Thunberg, from Sweden, gained global attention last month for sailing in a zero-emissions yacht from the United Kingdom to New York City to attend the upcoming United Nations Climate Action Summit on Sept. 23 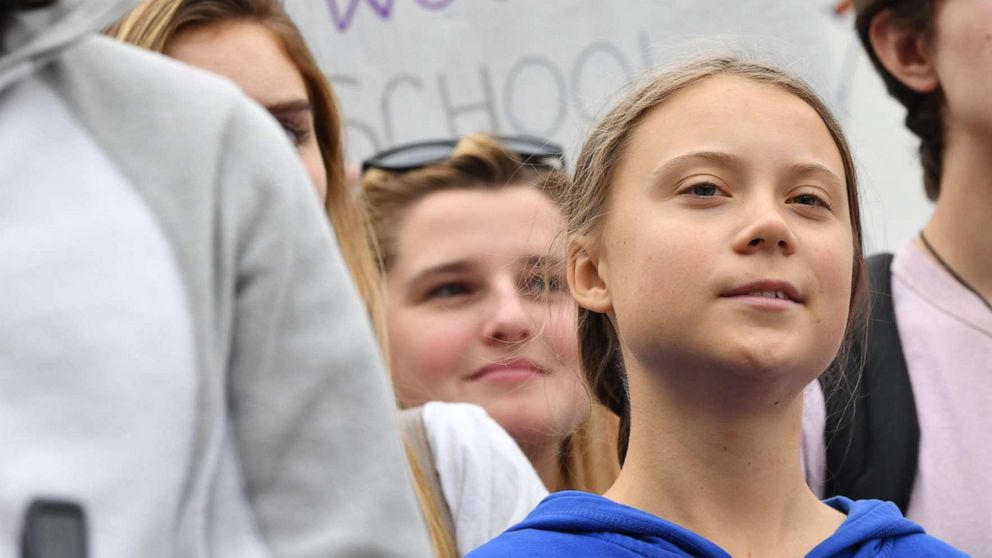 She arrived at the Ellipse to an eager and welcoming crowd of other young climate activists, joining them in marching up to the White House fence.

Trump has repeatedly expressed skepticism that climate change exists and his administration repealed a key clean water rule on Thursday.

After staying with the crowd and speaking with fellow activists during the march, Thunberg, on arriving in front of the White House fence, grabbed a megaphone and addressed her audience.

“I am so incredibly grateful for every single one of you and I’m so proud of you who have come here” she said. “Never give up, we will continue and see you next week on September 20th.”

“Greta is an unbelievable human being and I have never seen anything so inspiring in my entire life,” said climate activist Ashley McHenry. “She’s done more for a single issue that adults couldn’t have done in 20 years.” 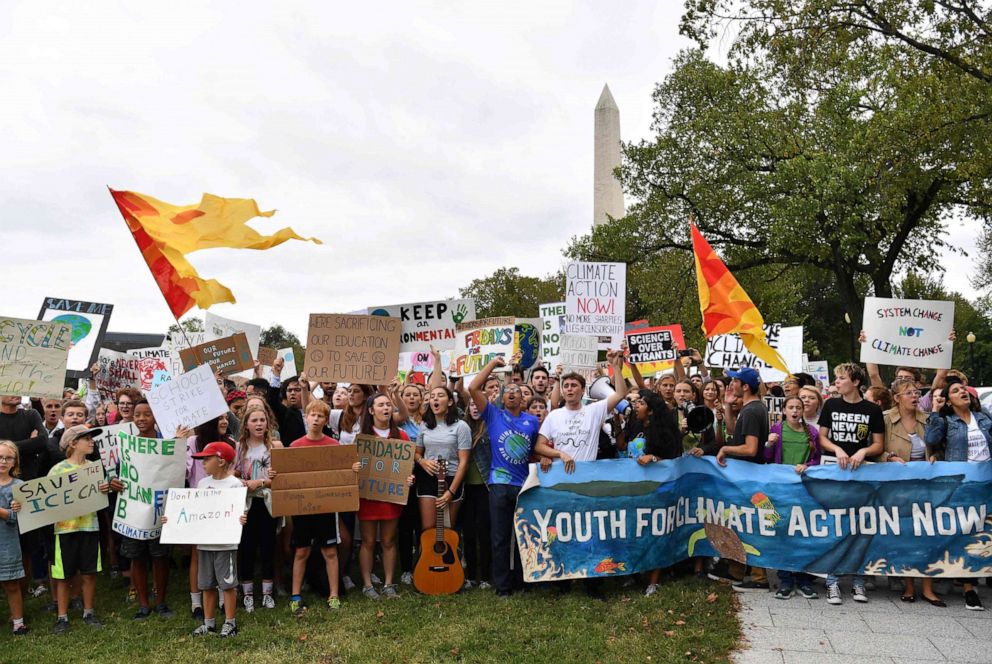 Nicholas Kamm/AFP/Getty Images
Teenagers and students take part in a climate protest outside the White House in Washington, D.C. on September 13, 2019.

She chose to sail across the Atlantic to raise awareness about the toxic emissions that come with flying and after arriving in New York City, she was featured in appearances on “CBS This Morning” as well as “The Daily Show with Trevor Noah.”

Her actions first captured international recognition in August of last year when she demonstrated in front of the Swedish parliament to push lawmakers to take action on climate change. Her actions spurred “Fridays for Futures,” which has turned into a worldwide movement calling on students to stage school walkouts to protest about climate change.