“It felt really good and it was a dream come true,” he said on “GMA.” “I was just really, really happy that I could win.”

Karthik beat out 516 spellers this year, the highest number of competitors in the bee's decades-long history, after correctly spelling the word "koinonia” Thursday night.

Koinonia means a Christian fellowship or body of believers, according to Merriam-Webster.

The 14-year-old from McKinney, Texas, said he knew the word right away because it was one he had studied.

Speaking of studying, Karthik revealed it was time spent creating spreadsheets and typing out words that propelled him to victory.

“It requires a lot of work and dedication,” he said. “I typed up words from the dictionary and spreadsheets and then I’d review them after I was done. I also used online tools.”

Karthik's orthographic prowess won him the competition's $40,000 cash prize and the opportunity to appear on "Jimmy Kimmel Live!" in addition to a handful of other prizes. 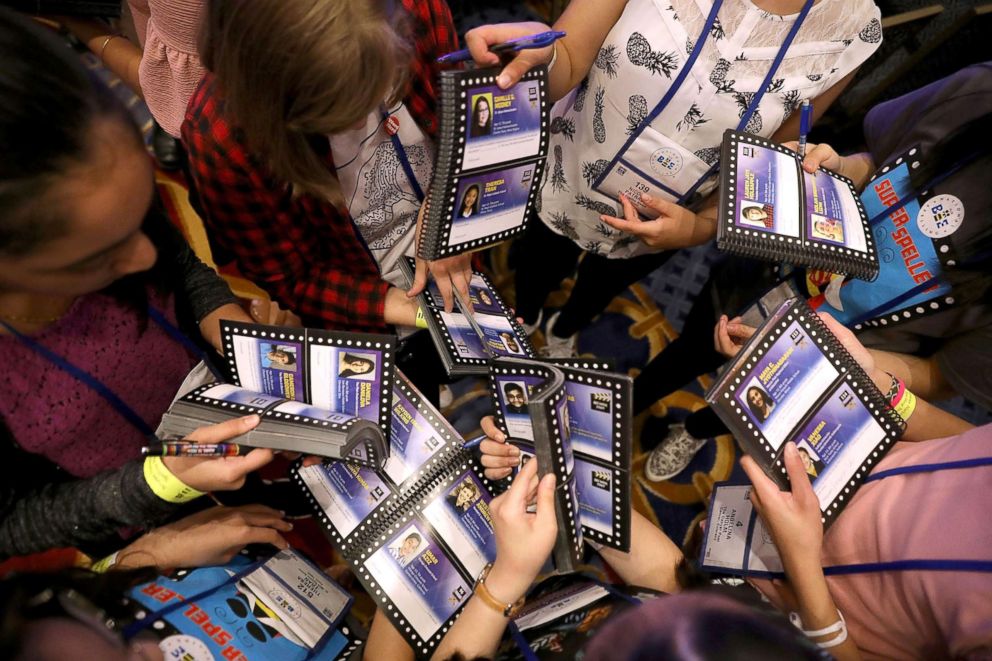 Chip Somodevilla/Getty Images
Competitors exchange and sign each others' 'Bee Keeper' books during the final day of the 91st Scripps National Spelling Bee at the Gaylord National Resort and Convention Center May 31, 2018 in National Harbor, Maryland.

Runner-up Naysa Modi, 12, from Frisco, Texas, was eliminated from the final round after she misspelled the word "bewusstseinslage," meaning a state of consciousness or a feeling devoid of sensory components, according to Merriam-Webster. 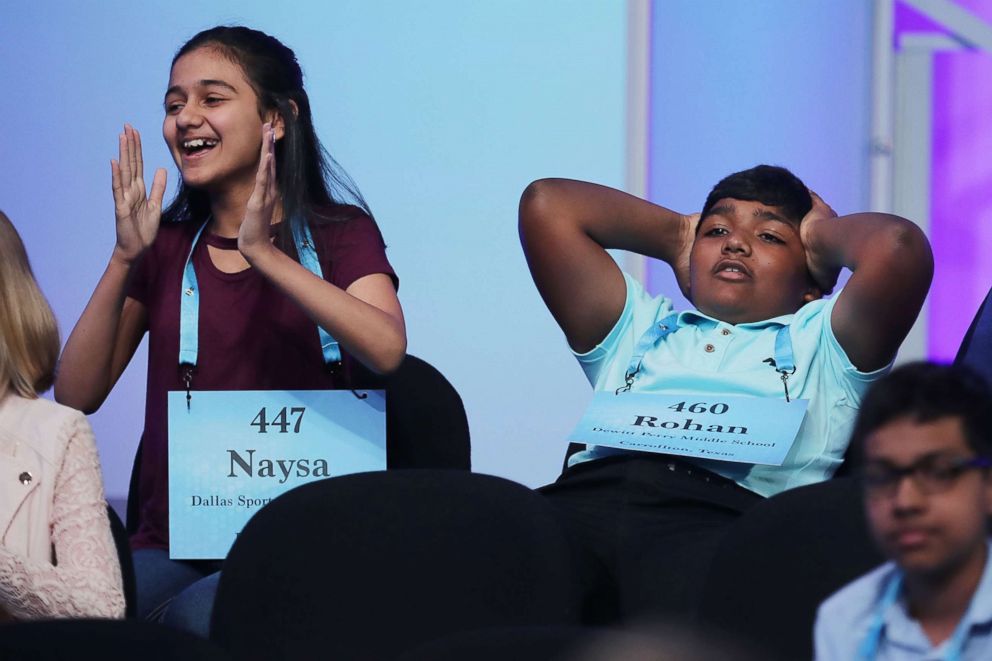 Chip Somodevilla/Getty Images
Naysa Modi, left, of Frisco, Texas and Rohan Raja of Irving, Texas, react to the news that they have advanced to the final rounds of the 91st Scripps National Spelling Bee, May 31, 2018 in National Harbor, Maryland.

Karthik fell to Naysa in their county spelling bee but came back to defeat her on the national stage.

“It gave me more motivation to do well,” Karthik said of the county loss. “I just kept on going and tried to do my best.”

The competition this year at the Scripps National Spelling Bee was cutthroat. The hundreds of precocious spellers ranged in age from 8 to 15 and represented all 50 states. Moreover, a change in how spellers were invited to this year's bee drew hundreds of more spellers than in past years.

After competing in fierce local rounds, the top spellers convened in National Harbor, Maryland, for the national finals. 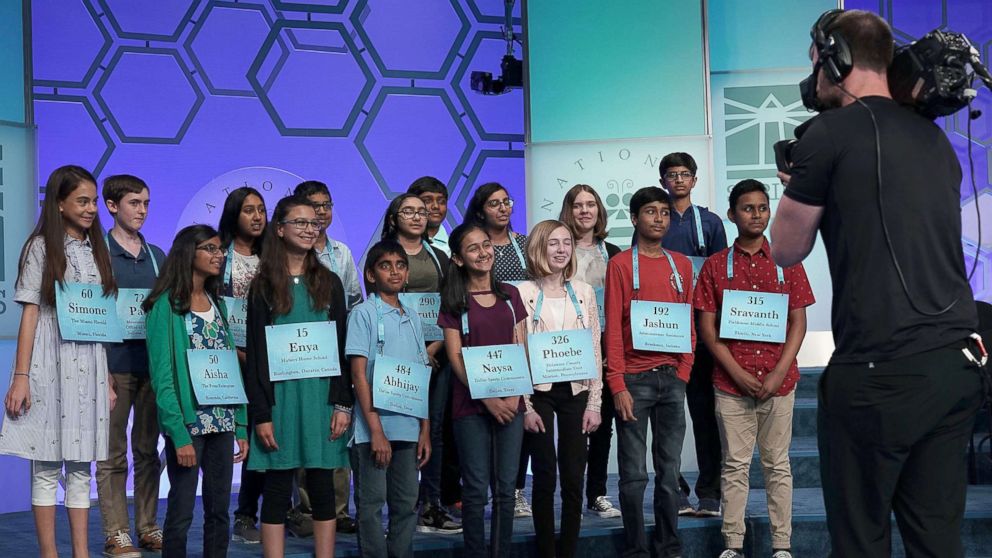 Alex Wong/Getty Images
Spellers who have advanced to the evening round pose for a group picture after round eight of the 91st Scripps National Spelling Bee at the Gaylord National Resort and Convention Center May 31, 2018 in National Harbor, Maryland.