"The president hasn't heard the last of us," said Taylor, a former Department of Homeland Security Chief of Staff. "In fact, me speaking out yesterday, you can think of it as an opening salvo."

It didn't take long for Trump to fire back.

Appearing on ABC's "Good Morning America" Tuesday, Taylor told ABC News Chief Anchor George Stephanopoulos that going public with his criticism of Trump has nothing to do with money but "about being honest about the president and putting country before party."

"The president can expect that in the coming weeks and months leading up to the election, he is going to hear from more people that served in his administration, and he's going to hear more of them give the same testimonies I gave which is that he's ill-equipped to hold the office that he has and that a second term would be more dangerous than a first term. You'll hear that soon," Taylor said.

He described his time working with the White House like playing "whack-a-mole with bad presidential decisions."

Taylor first went public with his criticism of the president Monday in a video released by Republican Voters Against Trump, making him the highest-ranking former administration official to endorse former Vice President Joe Biden. 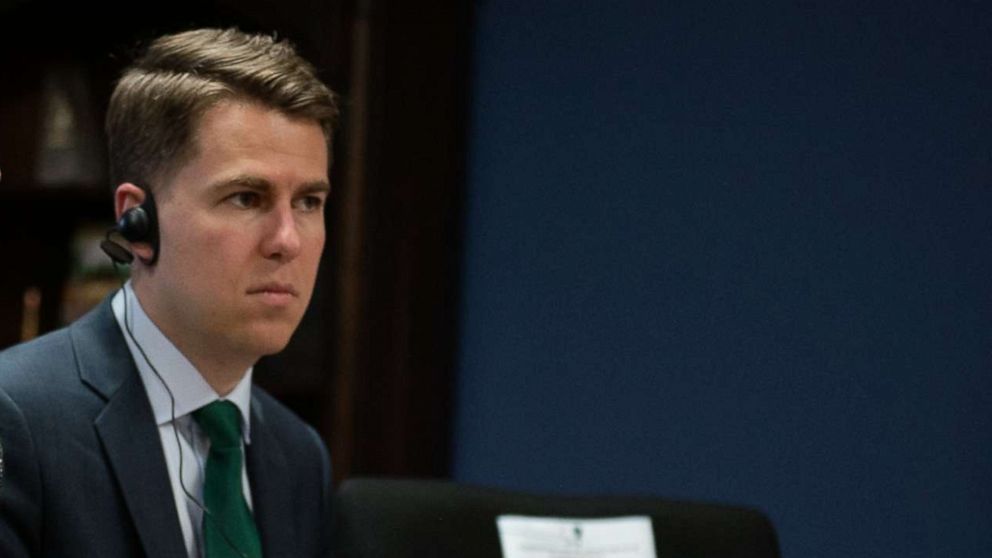 In the video, Taylor called Trump "unfocussed and undisciplined," said day-to-day operations in the administration "terrified him," and accused Trump of repeatedly exploiting the department to serve his own political agenda.

Following the interview, Trump took to Twitter to paint Taylor as a former "DISGRUNTLED EMPLOYEE" who is "said to be a real 'stiff.'"

Many thousands of people work for our government. With that said, a former DISGRUNTLED EMPLOYEE named Miles Taylor, who I do not know (never heard of him), said he left & is on the open arms Fake News circuit. Said to be a real “stiff”. They will take anyone against us!

Taylor told Stephanopoulos he took particular issue in his tenure with the Trump administration's enforcement of family separation at the U.S.-Mexico border. While he noted he had served as counterterrorism adviser to then-Chief of Staff John Kelly when the policy was developed, he called the policy's implementation a "mistake."

"How that played out is a textbook example of government gone wrong and a textbook example of how this president has created an environment where bad policy decisions get made," Taylor said, adding then Homeland Security Secretary Kirstjen Nielsen, whom he worked under, described the policy as creating a "train wreck" before the White House issued an executive order putting an end to it. 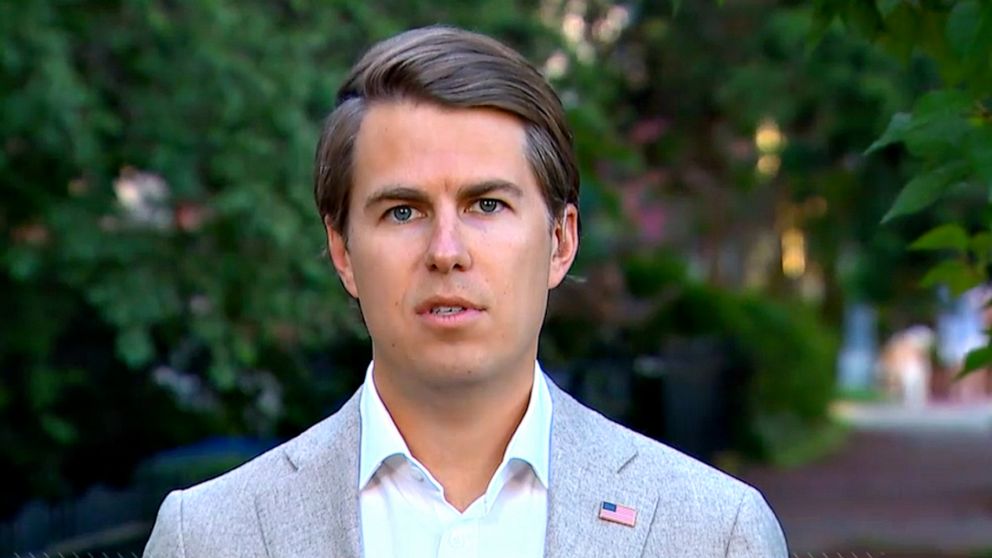 Notably, Nielsen has always insisted that family separation wasn’t a policy -- even though the administration took a "zero tolerance" approach.

"But here's the bigger concern, George, every single month I served in that administration, after we've ended family separation, the president would come to us and say, not only he wanted to reinstate it," Taylor continued. "He wanted to double down and implement a deliberate policy of ripping any kid apart from their parents that showed up at the border, any kid at the border."

MORE: 'Depth of the horror of family separation is unknown,' says congresswoman in border district

Taylor said Trump's continued support for the policy was "one of the most disheartening and disgusting things I've ever experienced in public service -- and that significantly contributed to me wanting to leave this administration."

The former senior administration official also expressed his strong disapproval of Trump seeking to withhold federal aid from California during the 2018 wildfires.

"He didn't feel like he had a base of supporters in California so as wildfires were burning down houses in the state the president basically said to us, 'I don't care'," Taylor said. 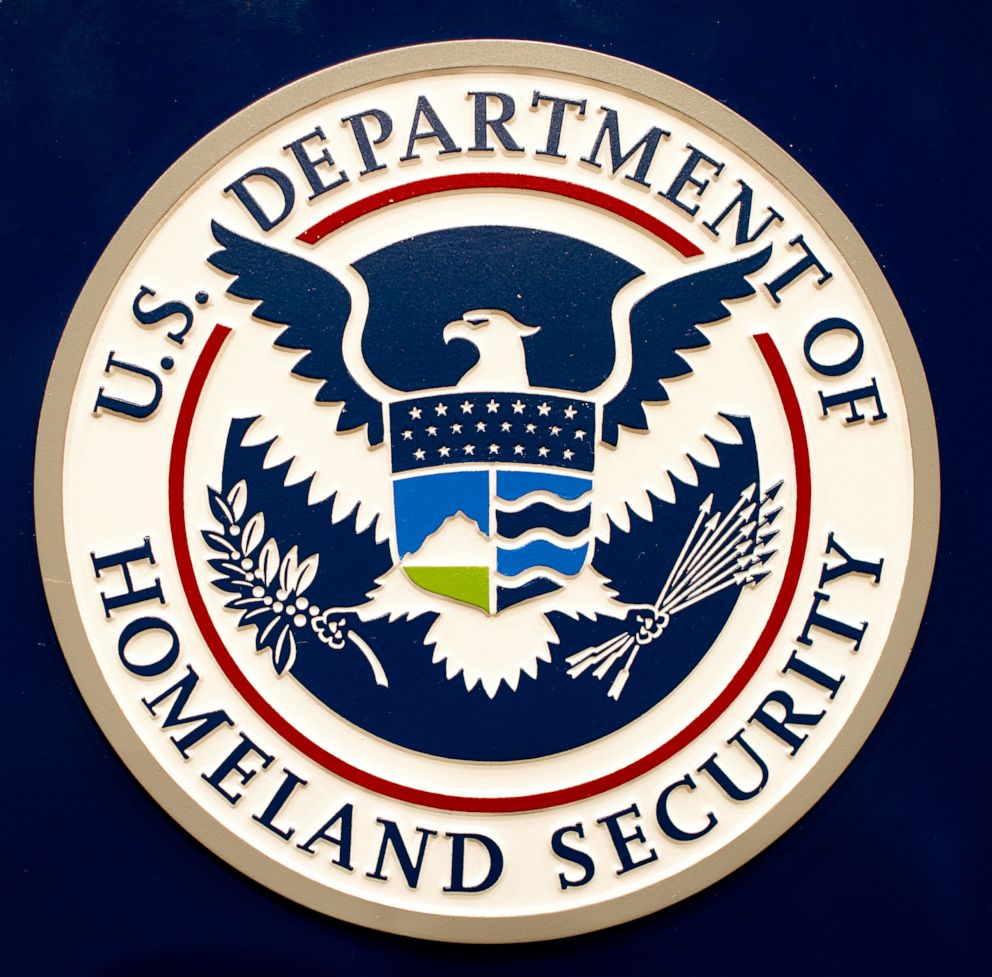 AFP via Getty Images
The Homeland Security logo is seen before a press conference at FEMA headquarters in Washington, Aug. 26, 2011.

"The Secretary (Nielsen) and I were so concerned because we didn't want our senior leadership to be exposed to how undisciplined and tumultuous the White House was because it made it harder for them to do their jobs," he said.

Taylor said the Federal Emergency Management Agency didn't follow through with Trump's request to withhold aid, but it reflected larger chaos in the administration.

There is no reason for these massive, deadly and costly forest fires in California except that forest management is so poor. Billions of dollars are given each year, with so many lives lost, all because of gross mismanagement of the forests. Remedy now, or no more Fed payments!

"I think they ultimately determined from the lawyers that a tweet wasn't an official order, but this is what we're talking about here, having to play whack-a-mole with bad presidential decisions, rather than just doing the work of government," he said.

In response to the president's senior adviser and son-in-law Jared Kushner telling CNN Monday Taylor "wasn't up for the task," Taylor said he doesn't intend to slander anyone else who works for the president but to focus on the character of the president himself.

Taylor said he left the administration on his own terms and was offered a number of jobs that in any other administration would have been dream opportunities for him.