Georgia Secretary of State Brad Raffensperger said Monday that the data President Donald Trump cited to him throughout an hour-long phone call Saturday to claim there was rampant voter fraud in the state's presidential election "is just plain wrong."

"He did most of the talking. We did most of the listening but I did want to make my points that the data that he has is just plain wrong," Raffensperger said of the extraordinary call during an exclusive interview with ABC News Chief Anchor George Stephanopoulos on "Good Morning America."

"He had hundreds and hundreds of people he said that were dead that voted. We found two, that's an example of just -- he has bad data," he said. 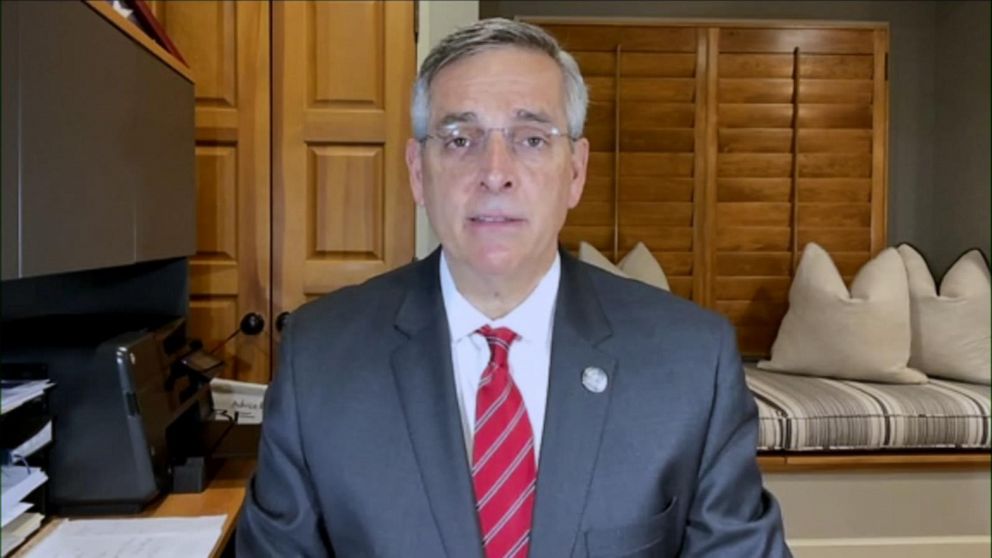 Audio of the stunning phone call was first obtained by The Washington Post but then also obtained by ABC News.

In the call, Trump, citing debunked and dismissed conspiracy theories about election fraud in Georgia, repeatedly demanded that Raffensperger "find" enough votes to deliver the president a win in The Peach State, wrongly claiming it is "not possible" for him to have lost the election there. President-elect Joe Biden was the first Democratic presidential candidate to win Georgia since 1992, but his narrow victory came after years of demographic shifts and efforts among party activists to get out the Democratic vote.

"Did you feel the pressure when he said 'find' the votes?" Stephanopoulos pressed.

"No," Raffensperger said. "We have to follow the process, follow the law. Everything we've done for the last 12 months follows the constitution of the state of Georgia, follows the United States Constitution, follows state law."

During the call, Trump accused Raffensperger of engaging in criminal acts, claiming that election workers were shredding ballots, which the secretary’s general counsel, Ryan Germany, said was not true. The president alleged Raffensperger was covering it up.

On "Good Morning America," Stephanopoulos asked Raffensperger whether he thought the conversation with the president was lawful and whether he would launch an investigation, which State Election Board member David Worley requested he do via email Sunday night.

"Did you consider it a lawful request when the president asked you to "find" the votes?" Stephanopoulos asked.

"I'm not a lawyer. All I know is that we're gonna follow the law, follow the process. Truth matters, and we've been fighting these rumors for the last two months," the secretary replied. 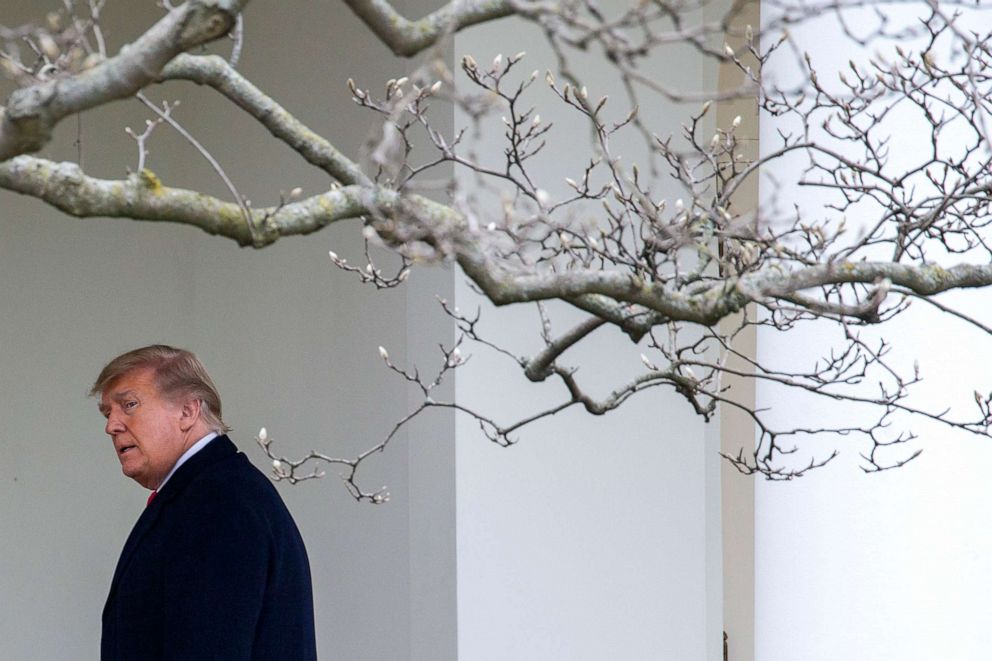 Tasos Katopodis/Getty Images
President Donald Trump walks to the Oval Office while arriving back at the White House, Dec. 31, 2020, in Washington, DC.

Raffensperger said that since the general election, he and his office have "been fighting a rumor Whac-A-Mole" daily, but that hasn’t stopped the president from continuing to spread them.

"It was pretty obvious very early on that we debunked every one of those theories that had been out there, but President Trump continues to believe them," he said.

On launching an investigation by the State Election Board, Raffensperger said there “may be a conflict of interest” because of his conversation with the president, and another conversation he said Trump had with his office’s chief investigator following the completion of the signature match audit in Cobb County, which the Georgia Bureau of Investigation said uncovered "no fraudulent absentee ballots."

However, he said that he understands the Fulton County district attorney "wants to look at" potential legal action: "Maybe that's the appropriate venue for it to go." 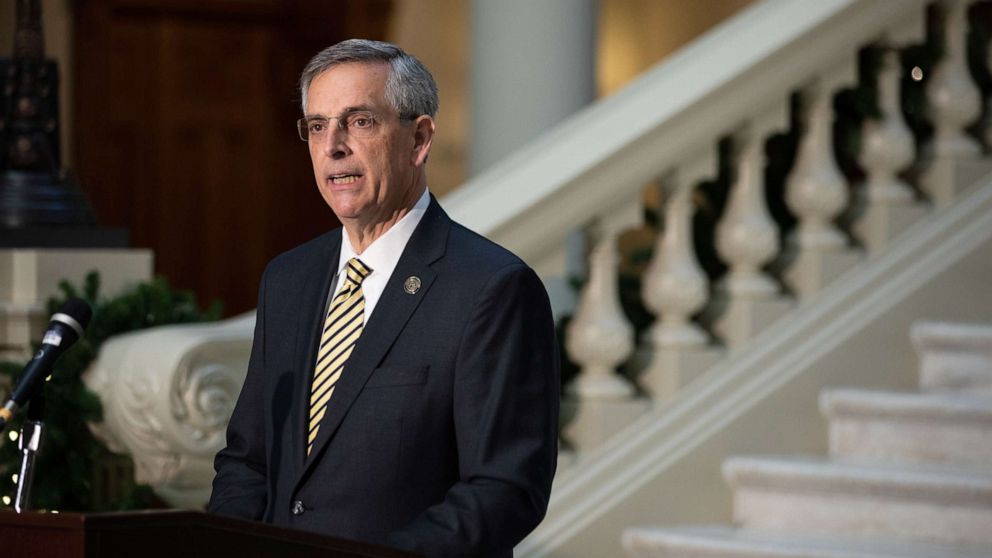 Bloomberg via Getty Images
Brad Raffensperger, Georgia's secretary of state, speaks during a news conference at the Georgia State Capitol in Atlanta, Dec. 14, 2020.

Stephanopoulos also asked the secretary, who supported the president's reelection, whether he would vote for Trump again.

"I support Republicans, always have. I probably always will," Raffensperger said.

"So, you'd vote for him again?" Stephanopoulos pressed.

"Well, President Trump is not on the ballot in 2024 right now so we'll just have to wait and see what would happen," the secretary said.

In addition to pressuring Raffensperger to try to overturn the election in his favor, Trump also attacked the secretary -- and Republican Gov. Brian Kemp -- on the call.

"(People) hate the state. They hate the governor, and they hate the Secretary of State, I will tell you that right now. And the only people that like you are people that will never vote for you, you know that Brad, right?" Trump said before the call wrapped.