With many turning to online shopping for the holidays this year, some delivery services are being pushed to their limits.

After two major shopping days, which saw a record $10.8 billion spent online for Cyber Monday and $9 billion in online purchases on Black Friday, delivery services are racing to accommodate the delivery of packages across the country.

But one delivery company is pumping the breaks on picking up packages from major stores.

MORE: Customer has heartfelt message, gifts for delivery drivers: ‘We are depending on you’

In a story reported by the Wall Street Journal, UPS instructed drivers across the country to temporarily stop collecting orders from six large retailers including GAP, Nike and Macy’s after too many packages exceeded delivery capacity. 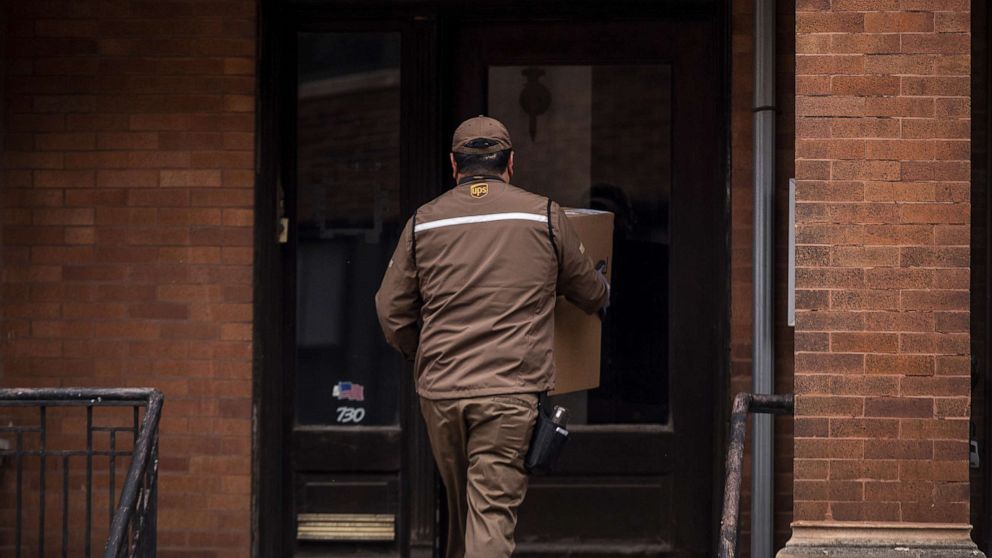 Christopher Dilts/Bloomberg via Getty Images
A UPS driver carries a package in the Lincoln Park neighborhood of Chicago, Nov. 30, 2020.

“They told these large shippers months ahead of time that, you know, this is your allocation for certain days for certain weeks,” reported the Wall Street Journal's Paul Ziobro. “But if you’re going to go over that we’re not going to pick up your packages.”

To help with the demand, both UPS and FedEx have asked retailers to spread out promotions and consider processing orders over the weekend as online orders soar during the pandemic where millions of people across the country are turning to online shopping for household essentials, which could mean a surplus of seven million packages being shipped per day between now and Christmas, according to ShipMatrix, a company that analyzes the shipping industry.

"It is very difficult for these carriers to expand their network in such a short time to handle such a huge surge in volume of essential items," Satish Jindel, president of ShipMatrix, told "Good Morning America."

MORE: How to safely grocery shop during coronavirus

Despite the temporary halt in collecting packages, UPS is assuring that deliveries will get made, but they might be delayed.

“If demand exceeds planned allocations, we will work with our larger customers to ensure the volume gets picked up and delivered as more capacity becomes available in our network,” UPS told ABC News in a statement.

In the meantime, it's urging people to get those orders in early so gifts arrive in time for the holidays.

Here are more Christmas shipping deadlines you should know for 2020.