France on Friday confirmed three patients there had contracted the new coronavirus -- the first cases reported on that continent -- after a second U.S. case was reported in Chicago earlier in the day.

The Chicago resident, a woman in her 60s, had traveled to Wuhan, China, in late December. She was admitted to the hospital and was last in stable condition, according to Illinois health officials.

The patient called her doctor before seeking treatment and had not taken public transportation or attended any large gatherings, Dr. Allison Arwady, commissioner of the Chicago Department of Public Health, said Friday.

"This is a single travel-associated case -- not a local emergency," Arwady said. "There is no need for the general public to change their behavior in any way based on this news." 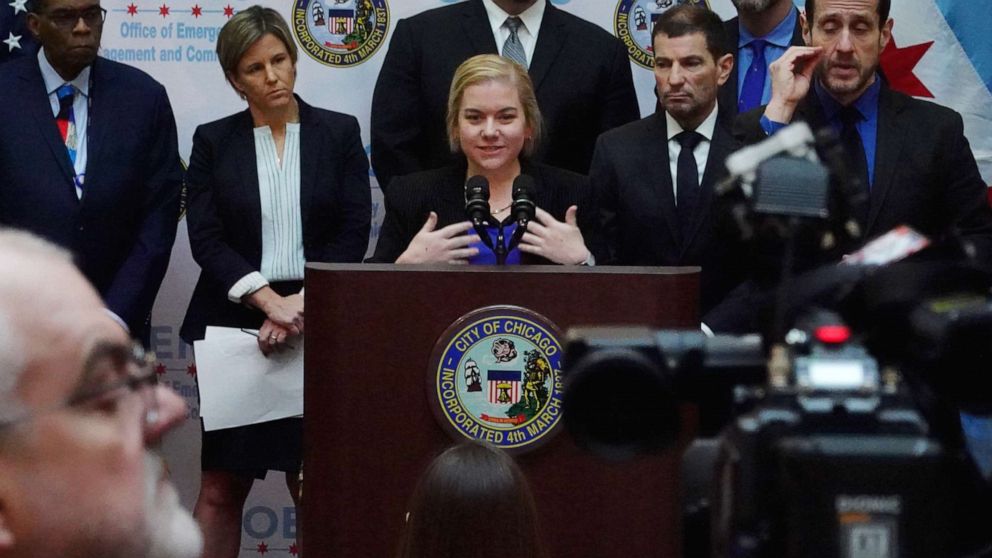 Scott Olson/Getty Images
Dr. Allison Arwady, commissioner of the Chicago Department of Public Health, speaks to reporters about a patient who has been diagnosed with the Coronavirus in Chicago, Jan. 24, 2020.

"We understand that some people are worried about this virus and how it may impact Americans," Dr. Nancy Messonnier, director of the Centers for Disease Control and Prevention's National Center for Immunization and Respiratory Diseases, said at a Friday news briefing. "The immediate risk to the U.S. public is low at this time."

Patient samples are being tested at the CDC in Atlanta, and health officials are working to provide those tests to states, which would speed diagnosis times.

As of Jan. 23, roughly 2,000 passengers entering the U.S. had been screened at airports. No cases of coronavirus have been detected from the airport screenings so far.

Health officials reported the first U.S. case of the coronavirus Jan. 21, when it was diagnosed in a Washington state man in his 30s who'd recently traveled to Wuhan.

More than 900 cases of the coronavirus have been reported so far worldwide. Additionally, China's National Health Commission reported that three cases have been confirmed in Thailand, two in Vietnam, and one case each in Japan, Singapore and South Korea.

Hospitals in Wuhan overwhelmed by influx of patients

Hospitals in China are scrambling to treat the large influx of patients seeking treatment. 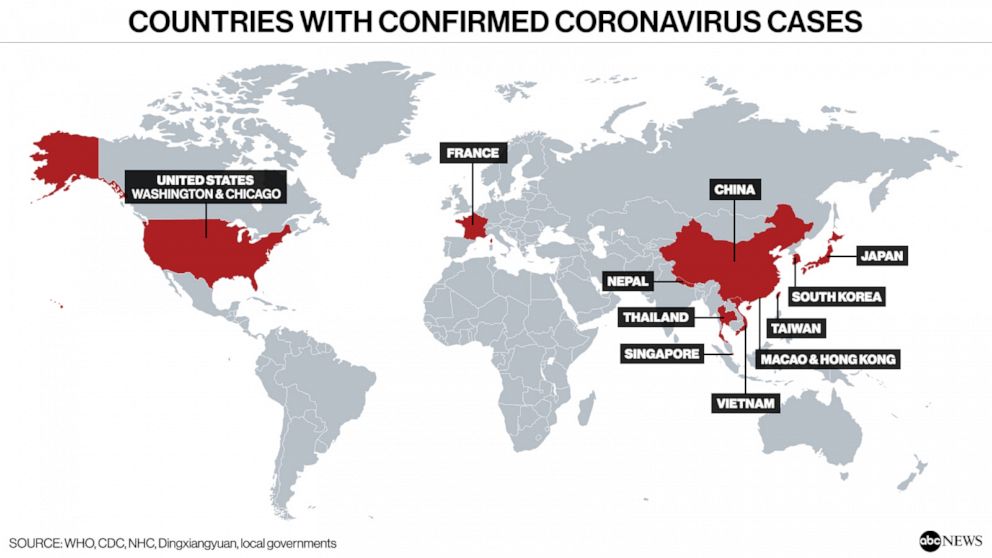 In the meantime, Wuhan broke ground on a brand new, 1,000-bed hospital to address the outbreak, expected to be completed by Feb. 3. The city is following in the footsteps of Beijing, where a similar fast-tracked hospital was built to address the 2003 SARS outbreak.

This announcement comes as the U.S. State Department has warned Americans not to enter China's Hubei province due to the coronavirus, as Chinese authorities announced that the death toll from the virus has increased to 41.

The U.S. is also pulling out most of its diplomats and their families from the consulate general in Wuhan, the city of 11 million in which cases of the new virus first were discovered.

The State Department issued a new travel advisory late Thursday, declaring the Hubei region Level 4, Do Not Travel, the strongest of the four travel warning levels issued by the U.S. government. That puts it on par with hot spots and war zones like North Korea, Syria and Iran. 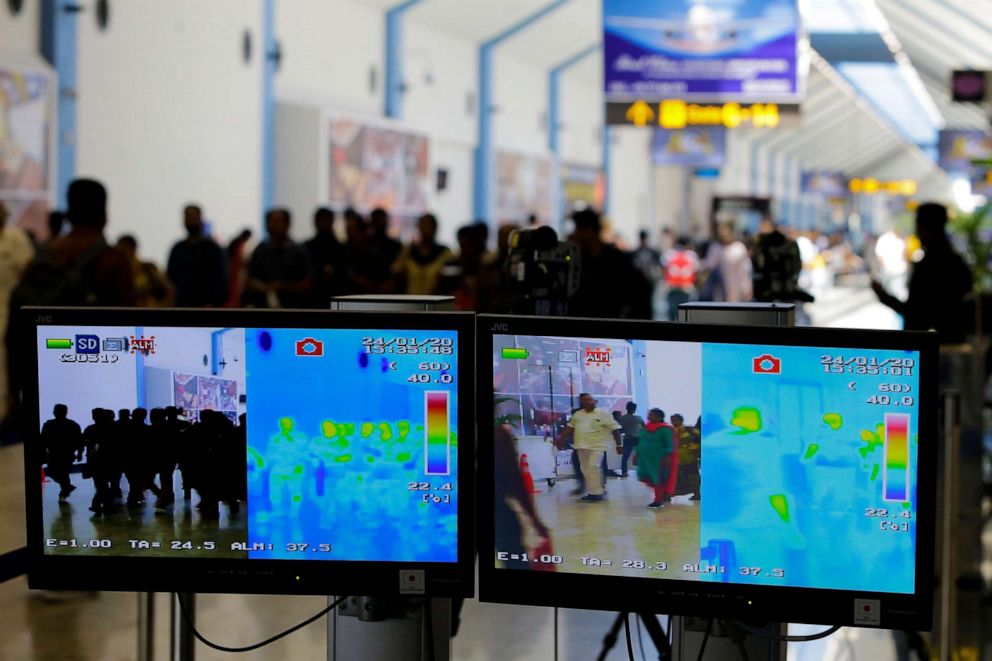 The first report of a person in China outside Hubei province dying from the new virus is that of an 80-year-old man in the northern province of Hebei, who'd returned from a two-month stay in Wuhan, according to The Associated Press.

MORE: What we know about the new coronavirus fueling worldwide anxiety

In response to the virus, officials at Shanghai Disneyland said that the giant theme park would close until further notice "in order to ensure the health and safety of our guests." The move comes during one of the park's busiest weeks of the year. The park is about a two-hour flight from Wuhan. 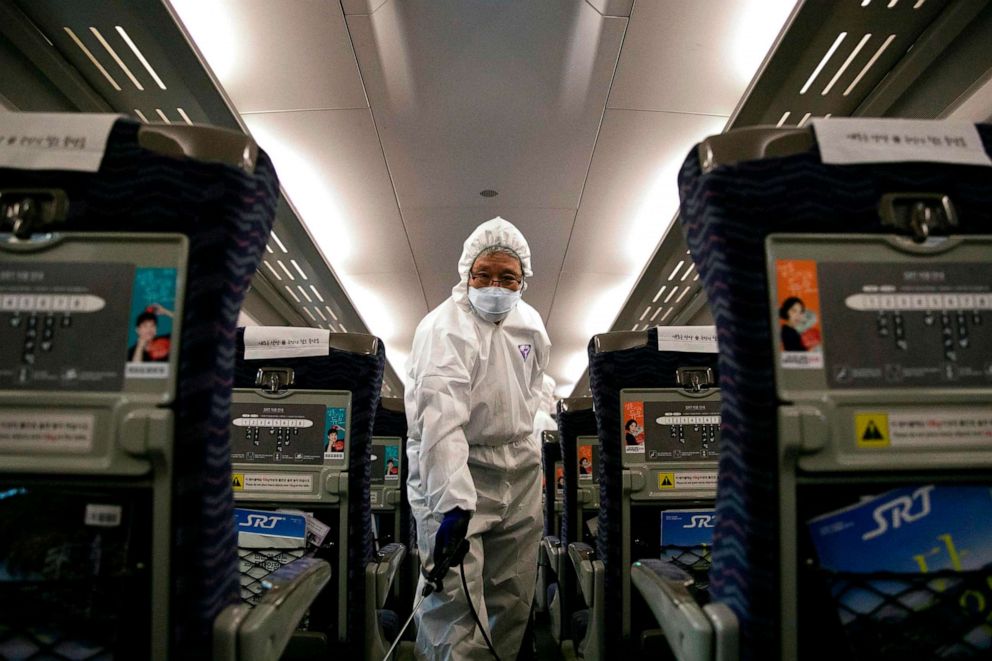 AFP via Getty Images
A worker from a cleaning and disinfection service sprays disinfectant in a train as part of efforts to prevent the spread of a new virus which originated in the Chinese city of Wuhan at Suseo railway station in Seoul, South Korea, Jan. 24, 2020.

The U.S. State Department says China itself remains on travel advisory Level 2, Exercise Increased Caution, because of arbitrary detentions and law enforcement concerns, including the so-called exit bans where U.S. citizens are prevented from leaving the country, often for the government to gain leverage over relatives that it is after.

A senior State Department official said the U.S. had seen "positive signs" in China’s response to stem the coronavirus outbreak in Wuhan, but added that China has lacked transparency in the past and has shown it can be more preoccupied with saving face publicly than admitting and treating the problem.