A new report from the U.S. Census Bureau found that women are still earning less than their male counterparts in most occupations. The widest wage disparities are found in sales and finance positions even though women tend to comprise 45-55 percent of that workforce.

Equal Pay Day is a public awareness event dating back to 1996 that represents the extra amount of time women would have to work in order to earn what her male counterparts earned in the previous year. This year’s Equal Pay Day was April 10.

The pay gap has been on a steady decrease for the last 50 years largely due to the higher numbers of women present in the workforce and increased representation in higher education, according to Lynda Laughlin, chief of the Industry and Occupation Statistics branch at the U.S. Census Bureau. 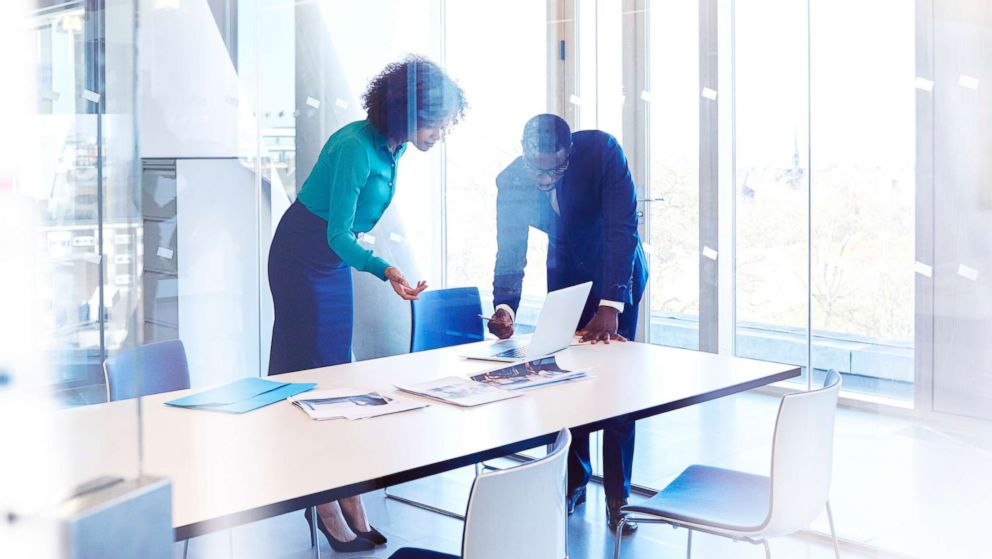 STOCK Photo/Getty Images
Stock photo of a man and a woman at work in an office.

The report, which was released on Tuesday, showed that one of the largest disparities between men and women’s earnings is found in the financial services sector, where a male financial manager earns a median of $100,505 whereas a woman in the same position would earn a median of $62,089.

With the spread of the #TimesUp and #MeToo movements, many celebrities have taken to social media, the red carpet, and interviews to speak out on the prevalence of pay inequalities in Hollywood and the entertainment industry.

In January, Octavia Spencer made headlines for highlighting fellow actress Jessica Chastain’s fight to get Spencer five times her original salary in speaking on pay disparities for women of color. Similarly, Ellen Pompeo openly discussed her own fight for equal pay in her lead role as Meredith Grey on "Grey’s Anatomy."

“Until we’re in those rooms as equally as men are, it can’t shift,” singer and songwriter Alicia Keys said at Variety’s Power of Women New York in April.

“We have to infiltrate our industries. Period. We have to," she added. "That alone will shift the power balance."