Fashion's biggest night has begun as the Met Gala has rolled out the crimson and cream carpet outside the Metropolitan Museum of Art in New York City.

Although the actual event isn't televised and has a strict no media policy, plenty of photographers have descended on the carpet ahead of The Met's Costume Institute Benefit, snapping fashion's elite and Hollywood's A-listers.

This year's theme, "Heavenly Bodies: Fashion and the Catholic Imagination," has our favorite designers, interpreting how Catholicism has influenced fashion throughout the ages.

Rihanna, one of this year's co-hosts, sported a pearl and crystal Maison Margiela gown inspired by a papal robe on the carpet.

Heaven's missing an angel as Katy Perry walked the carpet in a Versace gold link dress with matching thigh-high boots. She completed her look with over-sized gold and cream angel wings. 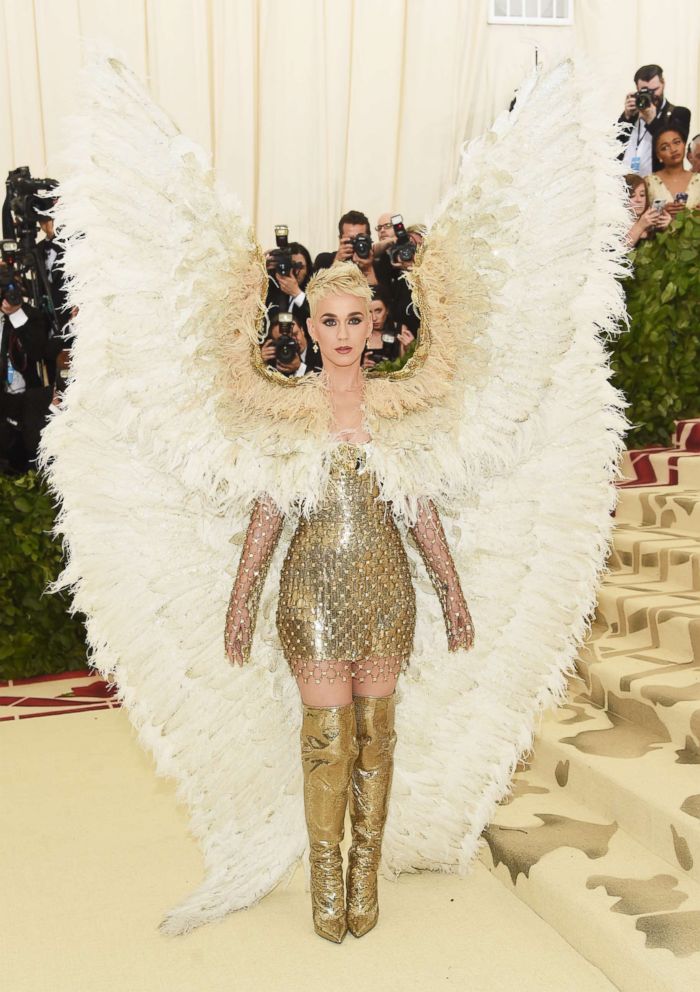 And one of this year's co-chairs, Amal Clooney, kicked off the carpet, walking it with her husband, George Clooney. Amal Clooney, 40, sported a navy blue pant, foil bustier complete with a dramatic floral train designed by Richard Quinn, who was recently awarded the coveted Queen Elizabeth II Award for British Design. 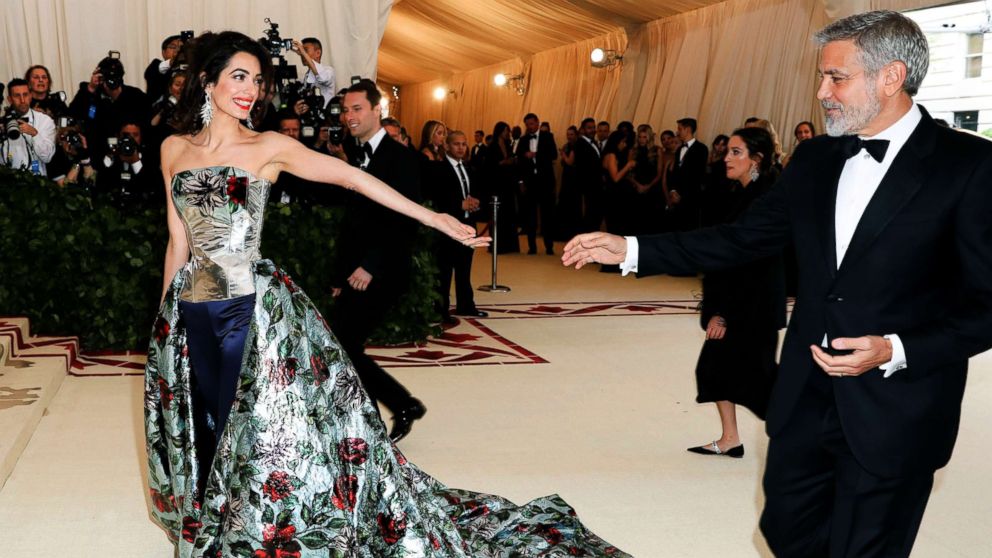 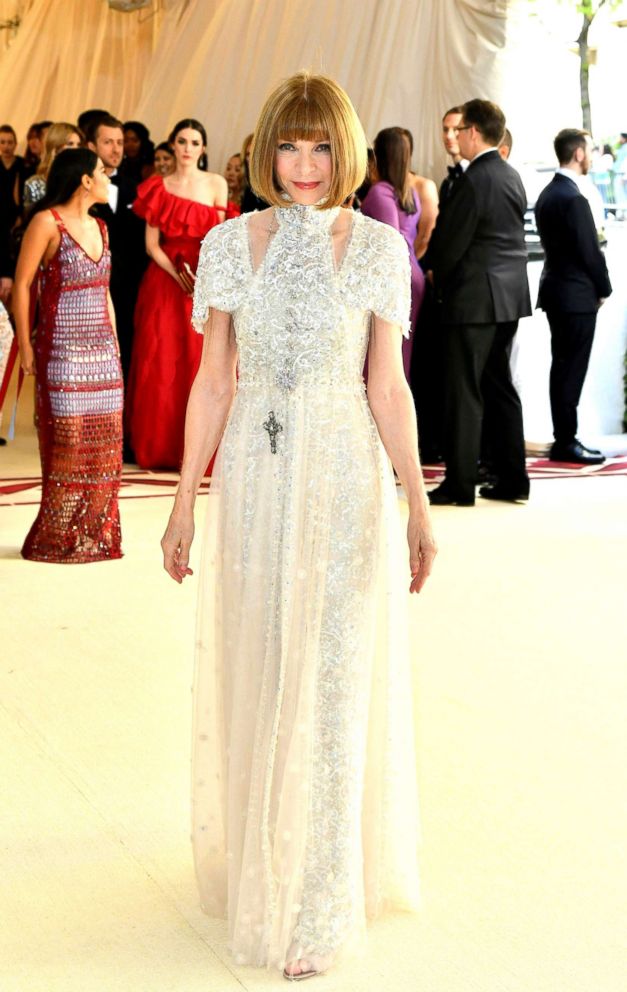 Singer Rita Ora turned heads on the carpet, wearing a floor-length sheer Prada gown. She also told Vogue magazine why she picked the designer, saying "everything is understated but very meaningful." Still, the best part of her look was a dramatic headdress, which she said her hairdresser created in three days. 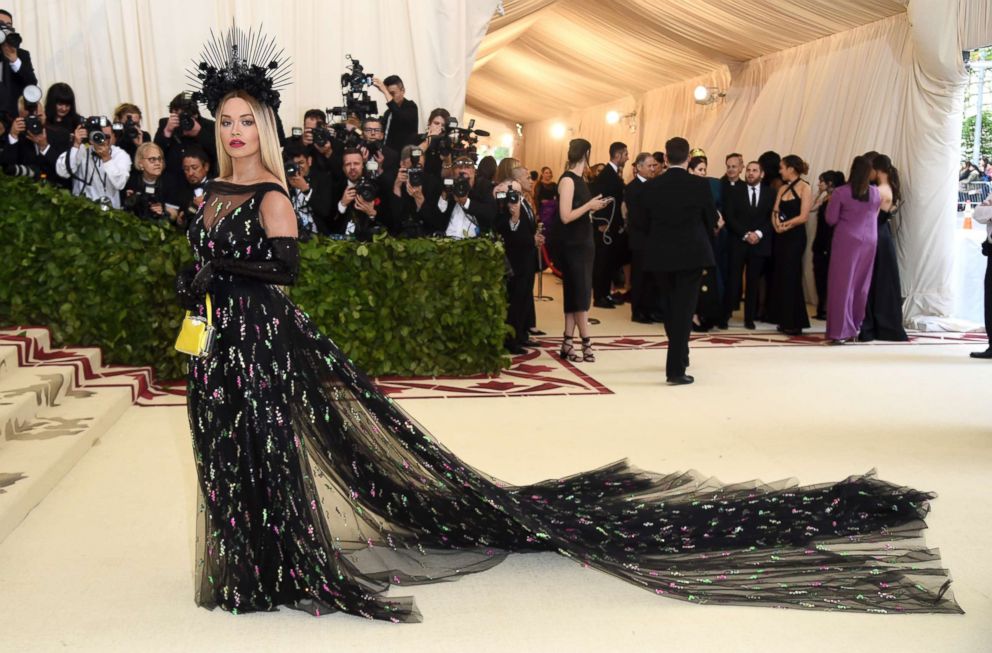 Actress Amanda Seyfried looked more like a Grecian goddess when she arrived on the carpet in Prada. 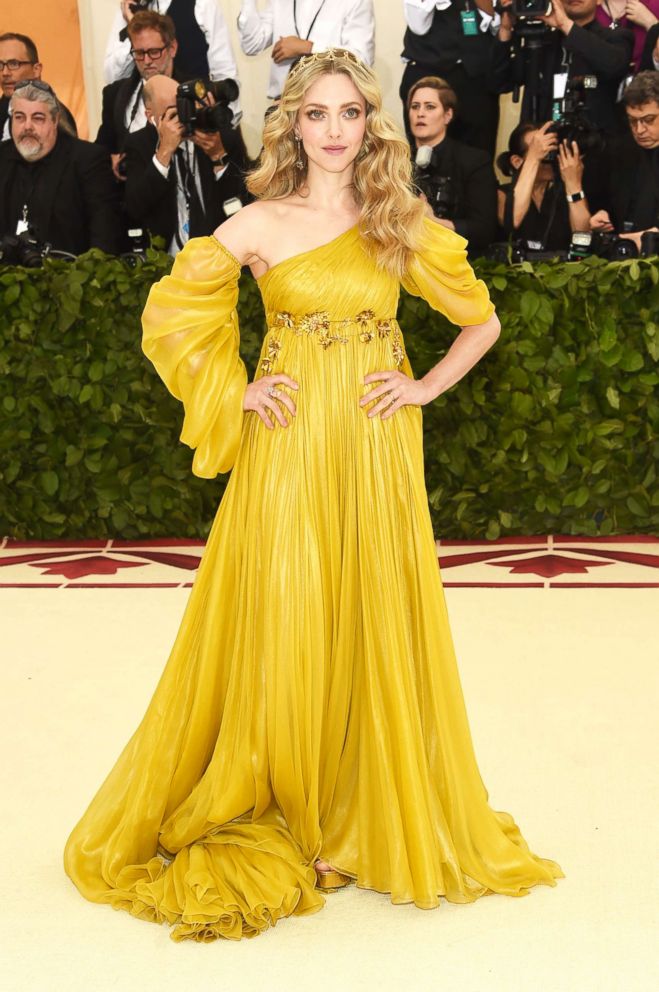 Rap trio Migos stayed on brand, wearing Versace, which just so happens to be the name of their 2013 hit song. 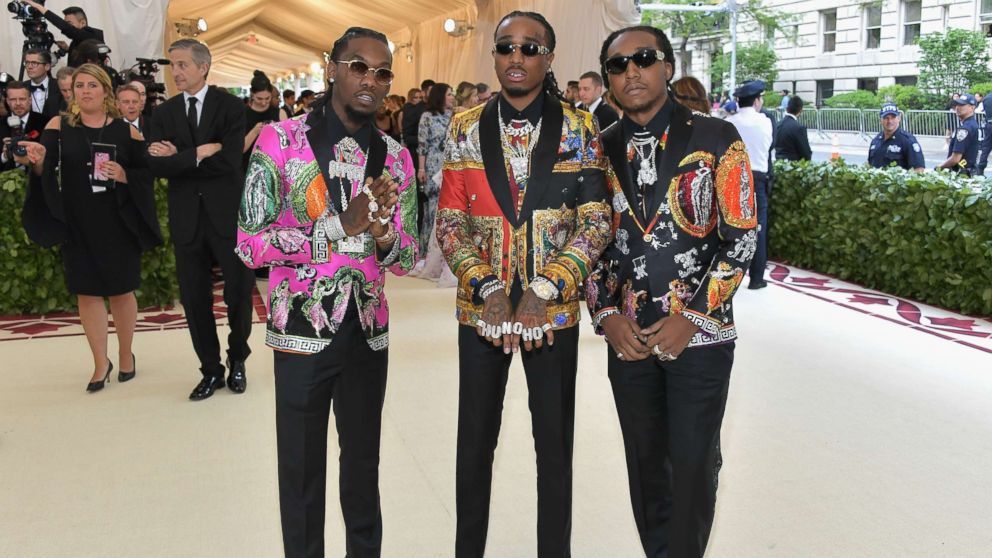 Neilson Barnard/Getty Images
Offset, Quavo, and Takeoff of Migos attend the Heavenly Bodies: Fashion & The Catholic Imagination Costume Institute Gala at The Metropolitan Museum of Art, May 7, 2018, in New York. 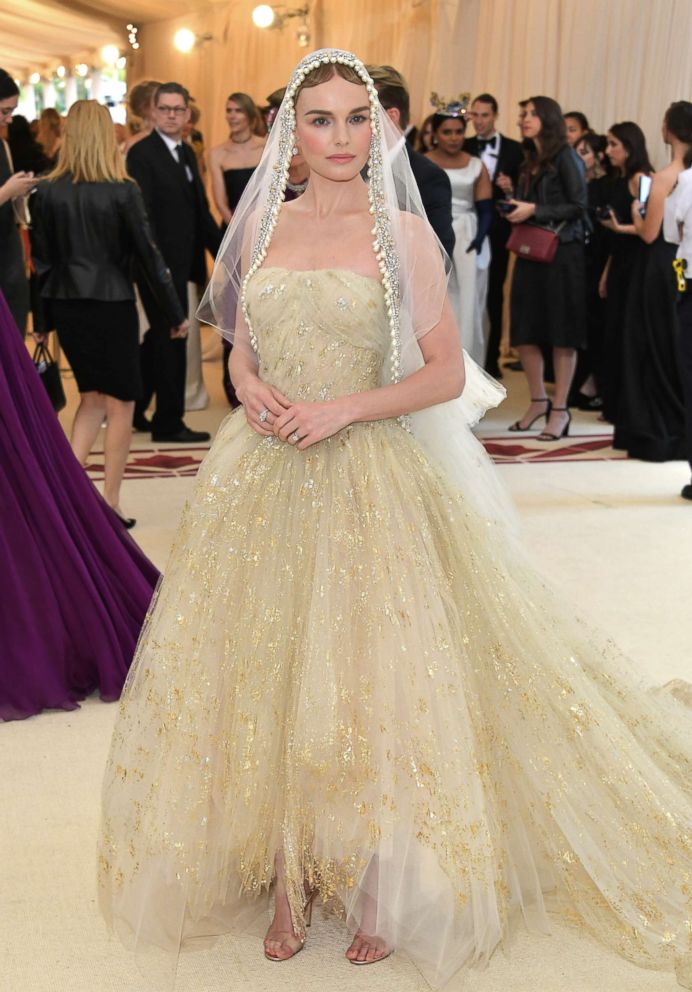 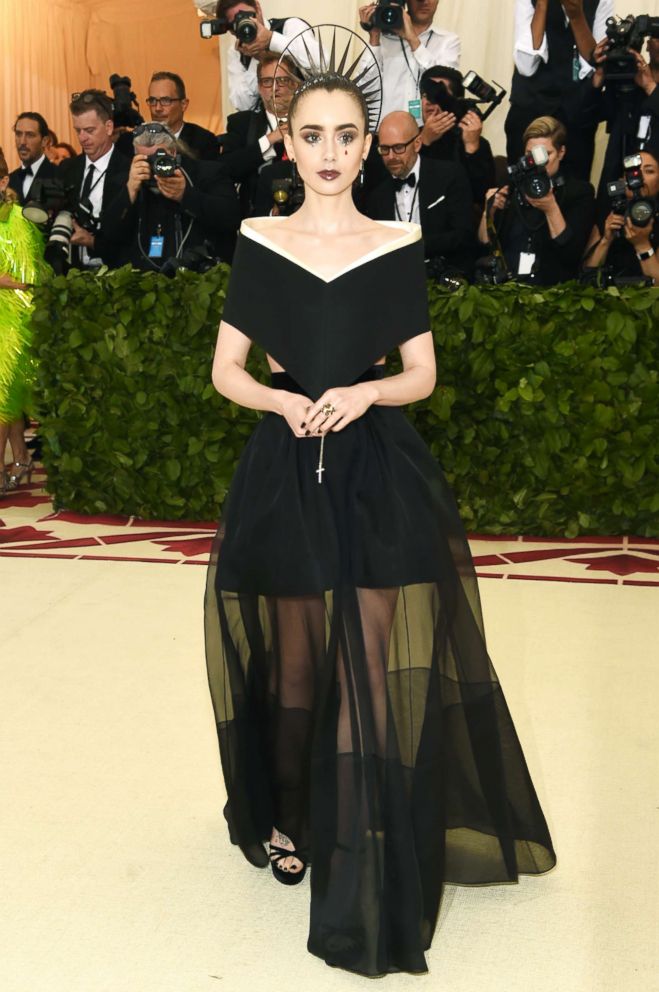 "Scandal" star Kerry Washington donned a long-sleeved golden look. But the statement she made by wearing her natural hair had fashionistas gasping. 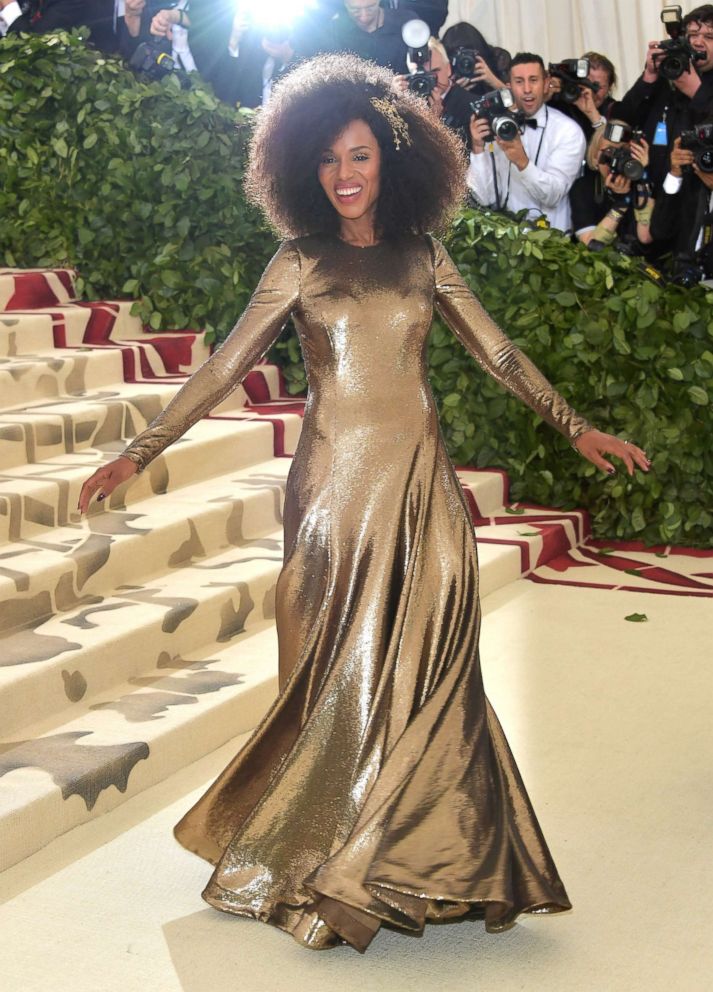 Jennifer Lopez walked the red carpet with her boyfriend, Alex Rodriguez. But what really turned heads was her Balmain gown, featuring an over-sized red and royal blue cross. 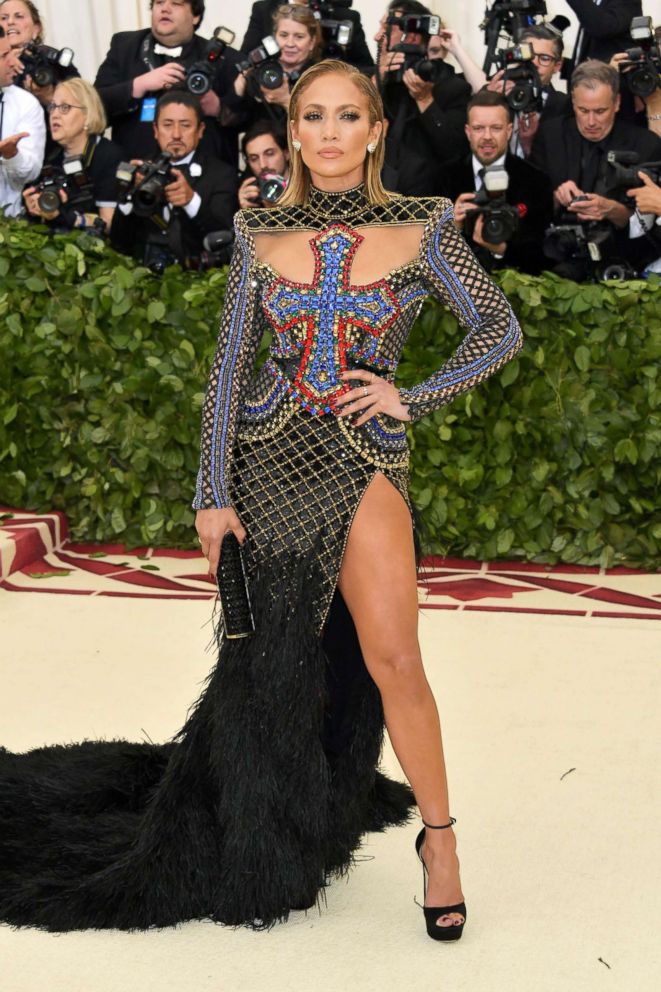 "Like a Prayer" singer Madonna definitely got in on this year's theme by wearing French fashion designer, Jean Paul Gaultier. A cross-like bodice was paired with a floor-length black skirt. Madge completed the look by holding black roses, of course. 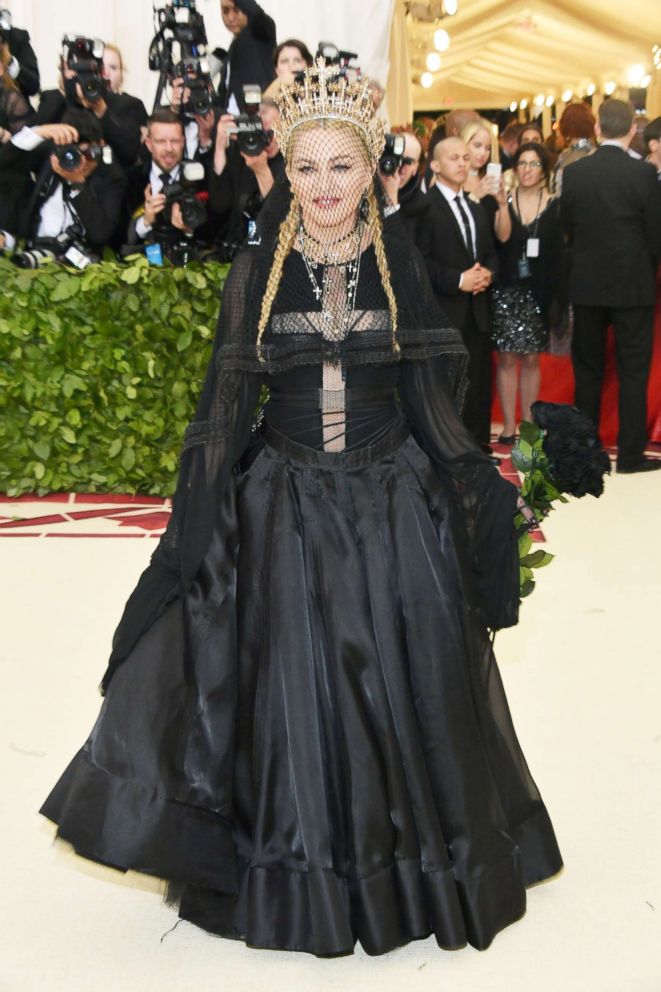 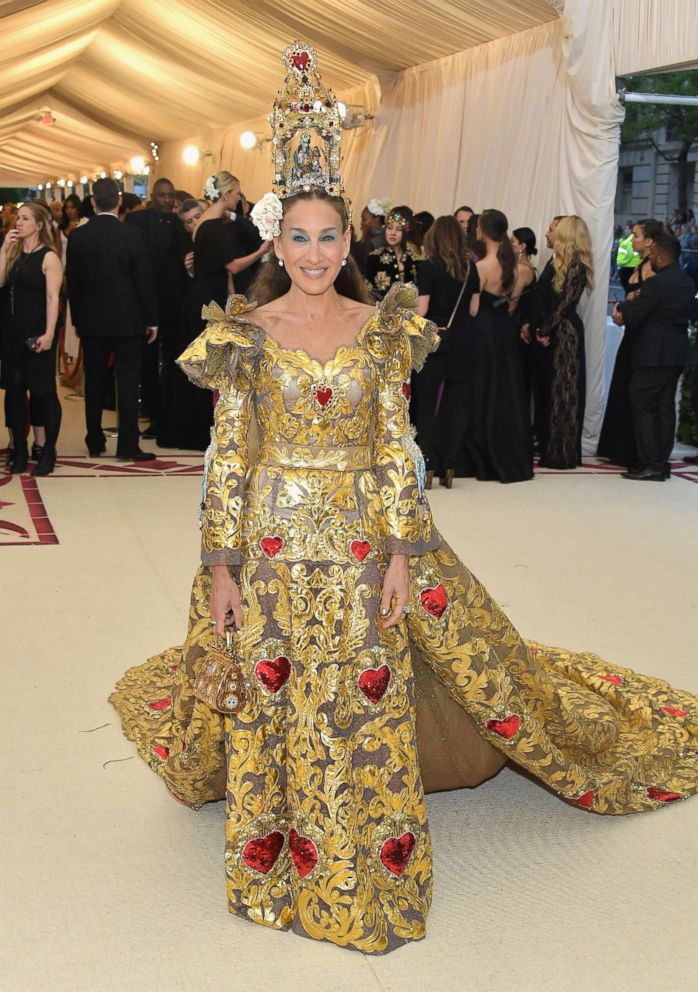 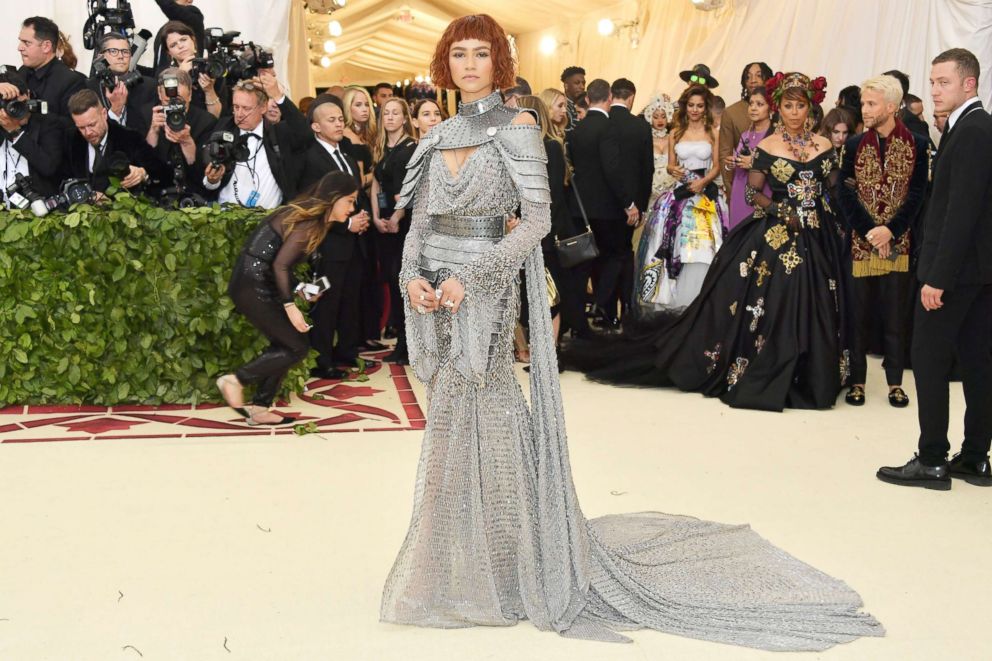 Kim Kardashian walked the carpet, sans husband Kanye West like in years prior, in a golden Versace bodice floor-length gown, featuring cross details. But what made fashion lovers turn heads was her beauty -- the reality star gave a dramatic winged smoky eye, and swept half of her hair up in a high ponytail -- closer to heaven. 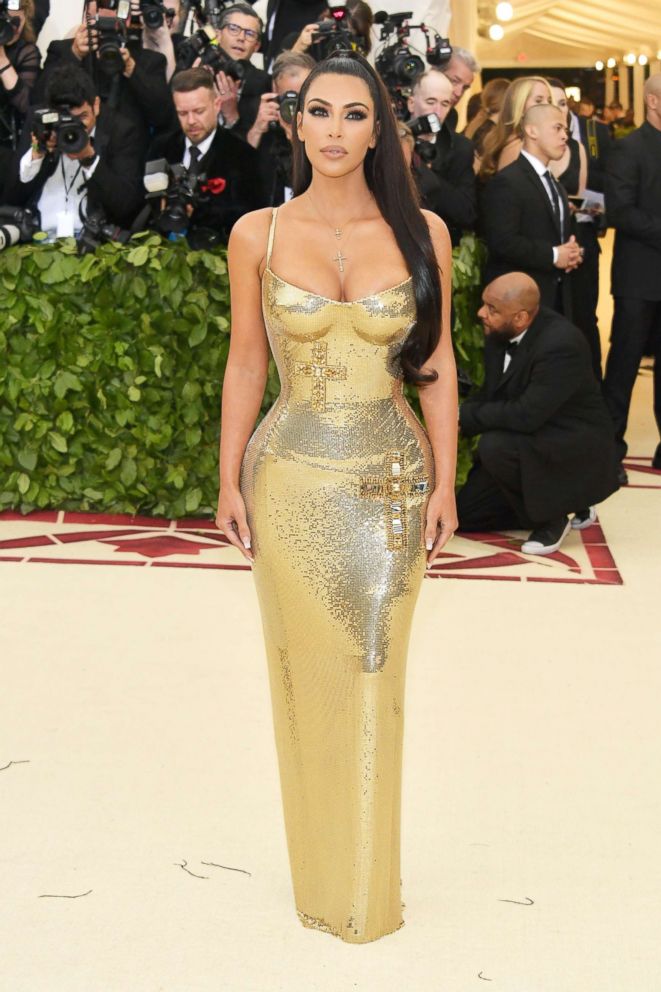