By Stacy Chen
Share —
Sign up for our newsletters to get GMA delivered to your inbox every morning!

A former Axios political reporter, McCammond wrote a string of offensive tweets in 2011 when she was still a teen student that mocked the intelligence and looks of Asians.

Last week, after McCammond was named editor-in-chief for Teen Vogue, a Condé Nast publication, those tweets recirculated on social media and led to widespread condemnation. Some questioned Teen Vogue’s decision to hire her, while others called for her resignation. 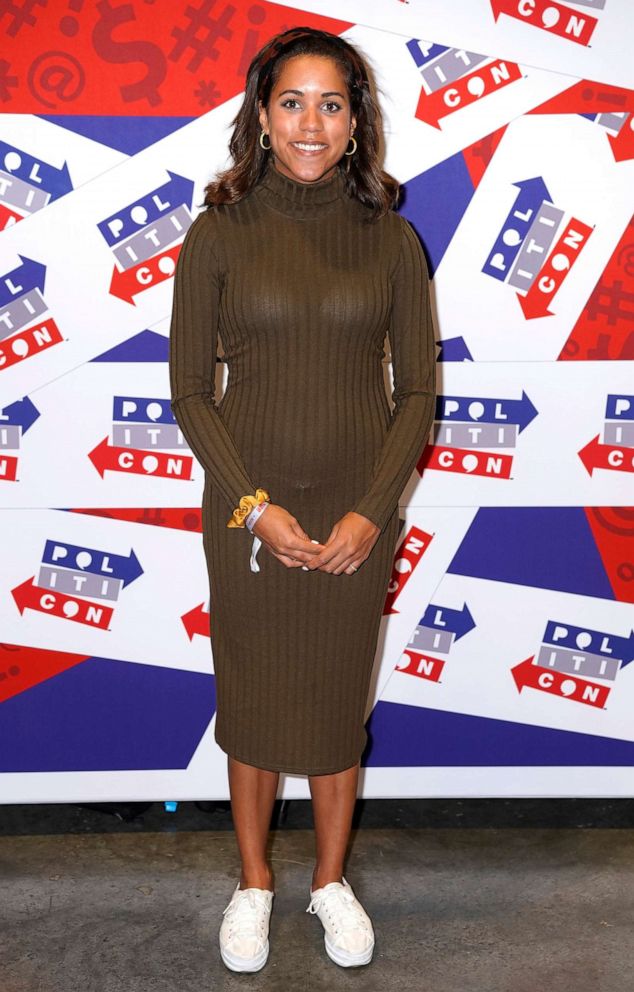 Eileen Ziesemer, Ulta’s spokeswoman, told ABC News that its “spend with Teen Vogue is currently paused as we work with Conde Nast to determine next steps regarding our partnership.”

“In a moment of historically high anti-Asian violence and amid the on-going struggles of the LGBT community, we as the staff of Teen Vogue fully reject those sentiments. We are hopeful that an internal conversation will prove fruitful in maintaining the integrity granted to us by our audience,” the post read.

This was not the first time Condé Nast faced controversies around racial discrimination. In the summer of 2020, Bon Appétit's former Editor-in-Chief Adam Rapoport resigned after pictures of him dressed in brownface were discovered and prompted employees to speak out against an allegedly deep-rooted racist culture within the publication. Reports started coming out about Bon Appétit's "white-centric" workplace and its unequal treatment of both employees of color and overlooking "non-white stories."

This time around Condé Nast spokesperson stood by McCammond in a statement to ABC News.

“Alexi McCammond was appointed editor-in-chief of Teen Vogue because of the values, inclusivity and depth she has displayed through her journalism. Throughout her career she has dedicated herself to being a champion for marginalized voices. Two years ago, she took responsibility for her social media history and apologized," the statement said.

McCammond also issued a statement saying, “I’m beyond sorry for what you have experienced over the last twenty-four hours because of me. You’ve seen some offensive, idiotic tweets from when I was a teenager that perpetuated harmful and racist stereotypes about Asian Americans,” she wrote on Twitter.

“I apologized for them years ago, but I want to be clear today: I apologize deeply to all of you for the pain this has caused. There’s no excuse for language like that. I am determined to use the lessons I’ve learned as a journalist to advocate for a more diverse and equitable world," she continued. "Those tweets aren’t who I am, but I understand that I have lost some of your trust, and will work doubly hard to earn it back. I want you to know I am committed to amplifying AAPI voices across our platforms, and building upon the groundbreaking, inclusive work this title is known for the world over. “

She also shared an internal email she wrote addressing the Teen Vogue staff and community where she promised to address all concerns and play an active role in bettering herself as a person and a leader.

I hope you'll read this note from me to the @TeenVogue community, staff, readers, writers, photographers, content creators, and friends: https://t.co/ROoovqQHLX pic.twitter.com/85T8XBJULn

The reaction from the already grieving Asian-American community has been swift. This comes as attacks against Asians across the U.S. grow.

Actress Olivia Munn called McCammond tweets “racist and stupid” in an interview with NBC News, but acknowledges that she deserves a chance to prove herself given she was a teenager at the time. While Diana Tsui, editor and director of The Infatuation, called for accountability from not only McCammond but also Teen Vogue and Condé Nast.

“Time and time again this shows that gatekeepers pay lip service to diversity. They don’t believe that anti-racism policies can and should include Asian Americans,” Tsui wrote in an Instagram post.

Tsui said the statements the company released are not sufficient and they should address this issue in a meaningful way instead of “minimizing the damage caused.”

Wednesday, the Asian American Journalist Association said it spoke with McCammond along with the chief diversity officer at Condé Nast about the community’s concerns. They’re calling on Condé Nast to “publicly, forcefully and concretely show its commitment to fair, accurate and comprehensive coverage of Asian American and Pacific Islander (AAPI) communities, and to ensure a safe and inclusive workplace for its AAPI employees.”