Celebrity Cruises crossed a major hurdle on the high seas this weekend as its Celebrity Millennium became the first ship to sail with guests from North America in more than a year.

The Millennium pulled away from St. Maarten on Saturday with 95% of its passengers and the entire crew fully vaccinated -- making it the largest COVID-19-vaccinated cruise in the world so far.

"We haven't done this in 15 months and so it's a big, big weekend for us," Celebrity CEO Lisa Lutoff-Perlo told ABC News.

"I don't even have words to express my feelings," he said. "It's something amazing and unique, it's also a very emotional moment for me."

It's a full circle moment for a billion-dollar industry that was halted during the COVID-19 pandemic. At the outset of the crisis, cruise ships became a startling example of how fast the virus could spread. In February 2020, the Diamond Princess in Japan reported the highest total number of cases for an 18-day period outside of the epicenter in China. 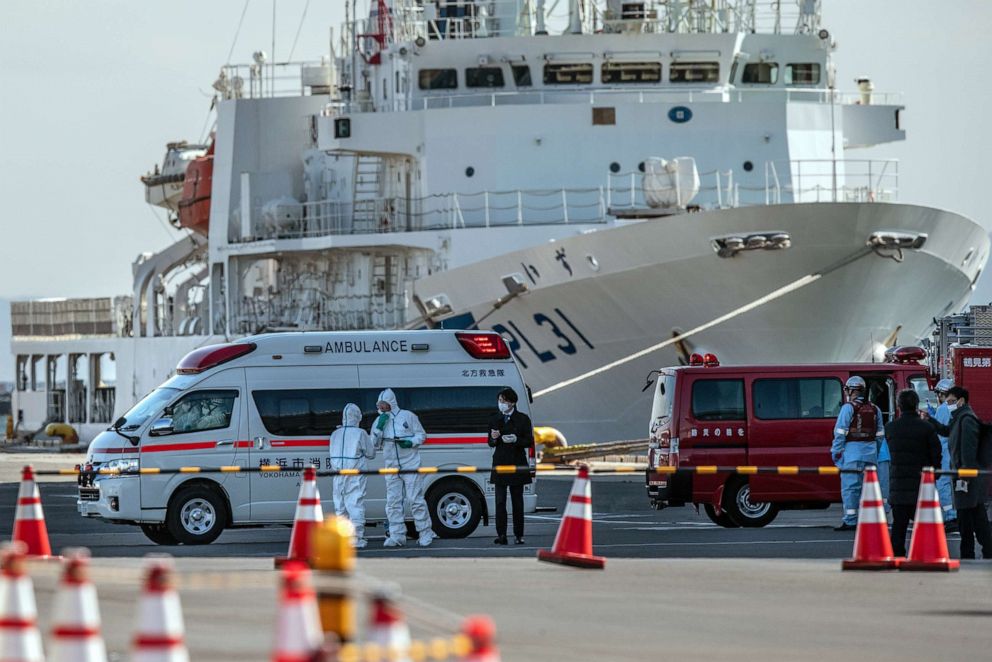 Carl Court/Getty Images, FILE
An ambulance carries a coronavirus victim from the Diamond Princess while it is docked at Daikoku Pier, as the ship remains in quarantine after a number of the 3,700 people on board were confirmed to have coronavirus, Feb. 6, 2020 in Yokohama, Japan.

That ship and others held thousands of vacationers onboard, confined to their staterooms to try and curb the outbreak. It didn't take long for the entire industry to be shut down.

Celebrity referred to vaccines as "game changers" in allowing them to restart operations. All adult passengers on the Celebrity Millennium were required to show proof of vaccination before boarding the ship as well as present negative PCR tests to enter St. Maarten and Barbados.

The ship which usually holds more than 2,000 is operating at about 30% capacity.

"There will be no masks or social distancing required because our occupancy is low," Lutoff-Perlo explained. "The guests are going to have plenty of space, with plenty of dining options and activities." 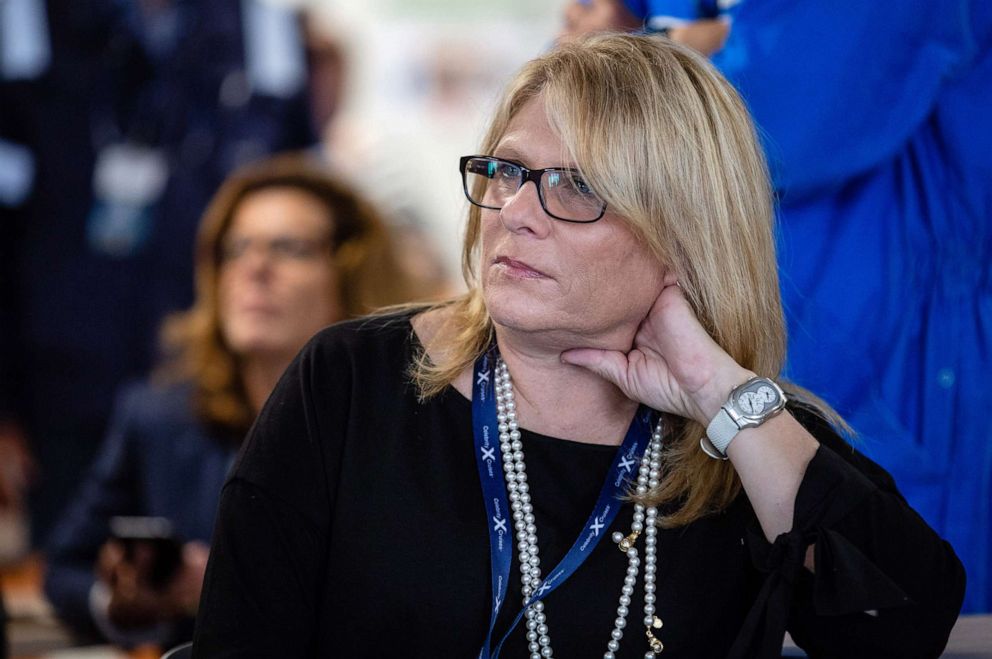 For some passengers this is the first time since the pandemic started that they've been around this many people without masks.

CDC green lights Celebrity to sail from US later this month

The ship's operations are a little different than they were pre-pandemic. They've traded their usually crowded muster drill with an online version, and self-serve buffets are no longer an option.

Their infirmary is now staffed with two doctors and 11 nurses. They have added more ventilators on board and isolation rooms in the event someone tests positive for COVID-19.

"I would say at this stage, a cruise ship is the safest and healthiest way to vacation right now," Lutoff-Perlo said. "Based on what (people) know about our company, Celebrity, their cruises, all that they know is that we're going to keep them healthy, keep them safe."

Americans on board the Millennium will also have to get tested on the ship before flying back to the U.S.

MORE: Cruises could resume in US by mid-July with vaccinations, CDC says

The Centers for Disease Control and Prevention still recommends against cruise travel, but it recently gave Celebrity the green light to sail the first cruise out of the U.S. at the end of the month.

Florida law against 'vaccine passports' could be a problem

The Celebrity Edge is set to depart from Fort Lauderdale, Florida, on June 26 despite Gov. Ron DeSantis' signing a law prohibiting businesses from requiring customers or employees to show proof of COVID-19 vaccinations. 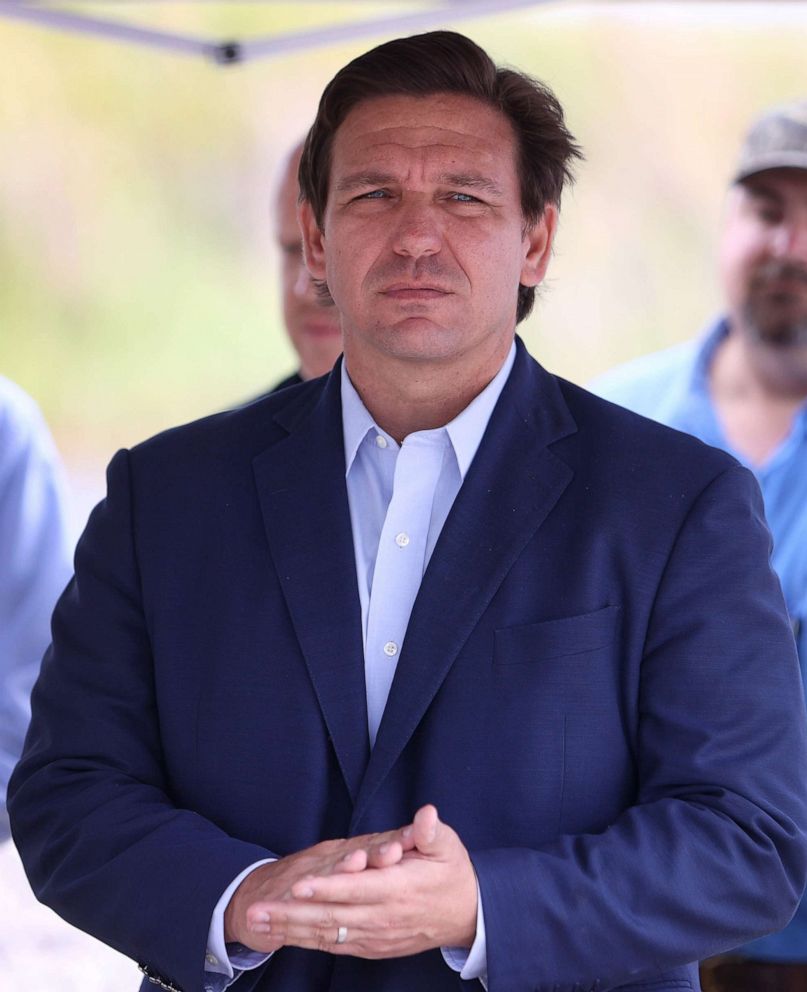 Joe Raedle/Getty Images
Florida Gov. Ron DeSantis speaks to the media at an event on June 3, 2021 in Miami.

This presents a potential problem for major cruise lines that have relied overwhelmingly on Florida ports for cruises within the U.S.

At least one other major cruise line, Norwegian, has said the new law could force the company, which plans to require all future guests to be fully vaccinated, to suspend Florida departures and move its ships.

Royal Caribbean is sailing on July 2 and the line says vaccines are only "strongly recommended."

Lutoff-Perlo is optimistic Celebrity will reach a compromise.

She added that she thinks right now is the "opportunity to offer cruises for people who have had the vaccine."