Of the many, many things Mickey has done in the last 90 years, there's one thing he's never accomplished: starring in his own ride-through attraction at a Disney theme park.

The family-friendly ride takes guests through a movie screen inside the park’s re-creation of the Chinese Theatre and into a Mickey Mouse cartoon short. 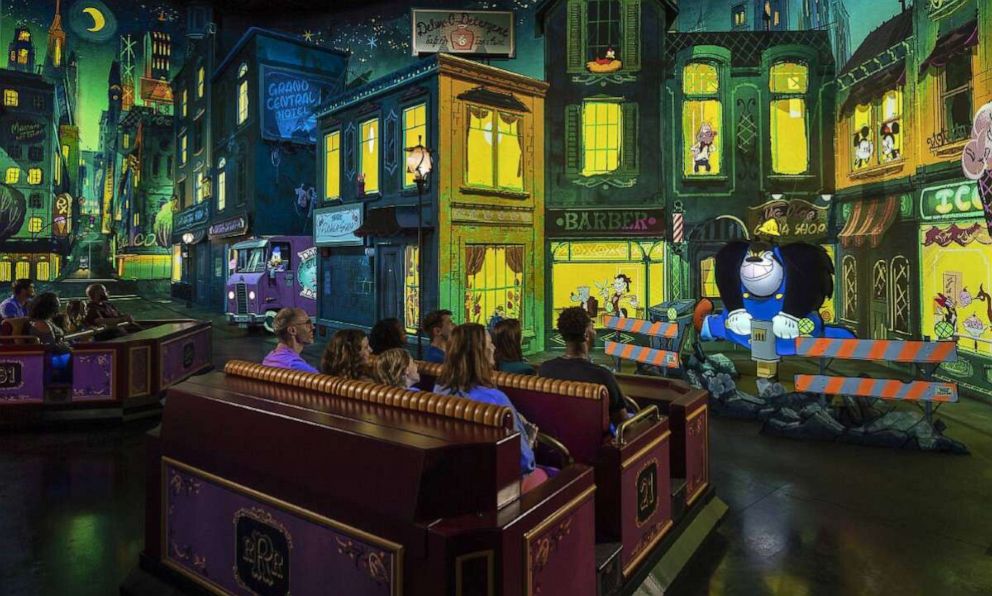 Mickey & Minnie’s Runaway Railway is full of hidden gems for the eagle-eyed rider. Here are four to look for:

MORE: Cinderella Castle at Walt Disney World Resort is getting a royal makeover

1. A newspaper features the headline “Oswald Wins!” – a reference to Oswald the Lucky Rabbit, the cartoon character created by Walt Disney that predates Mickey Mouse.

2. The Iwerks and Uwerks Waterworks water treatment plant is named for Disney Legend Ub Iwerks, the animator credited with sketching Mickey Mouse for the first time.

3. The 1401 Flower Shop is an homage to Walt Disney Imagineering’s headquarters in Glendale, California, located at 1401 Flower Street.

4. The numbers 1901 and 1928 can be seen inside the attraction; these are references to Walt Disney’s and Mickey Mouse’s birth years, respectively.