When COVID-19 kicked up earlier this year, many Americans stopped getting their recommended cancer screenings and scheduling office visits for concerning lumps and bumps.

But for the patients who did go in and who were found to have cancer, they say the decision to get checked is why they’re still alive today. Now, they’re encouraging others to do the same.

“People fear — just like I did — going in to get checked. If I hadn’t gone in when I did … I think it might have been too late,” said Glynnda Steinford, 65, who is currently undergoing treatment for a cancerous tumor in her arm. 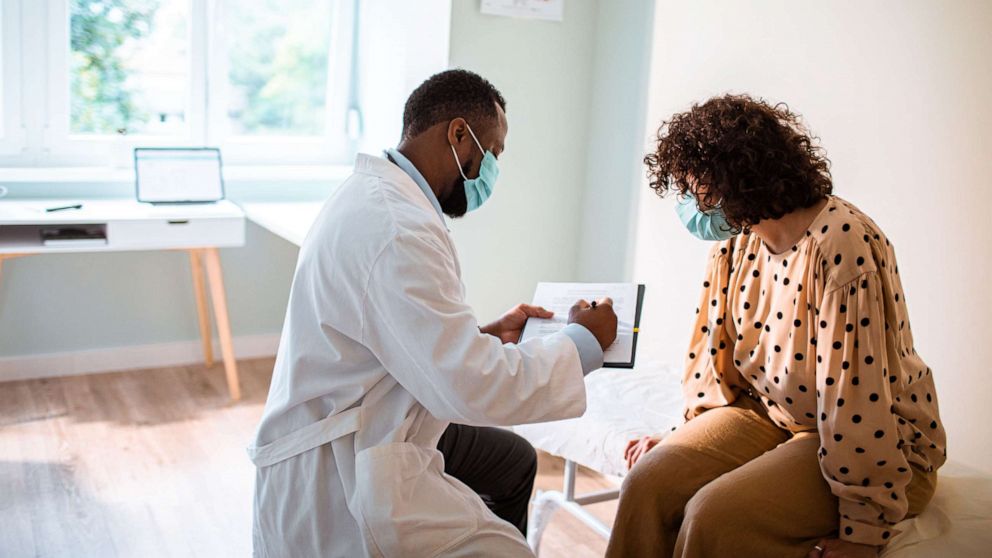 It all started in March, when Steinford noticed that she seemed to keep bumping into things with her left arm and it always seemed to be in the same place. Before she knew it, the area was swollen and bruised. She didn’t think much of it at the time, simply applying ice and elevating it. 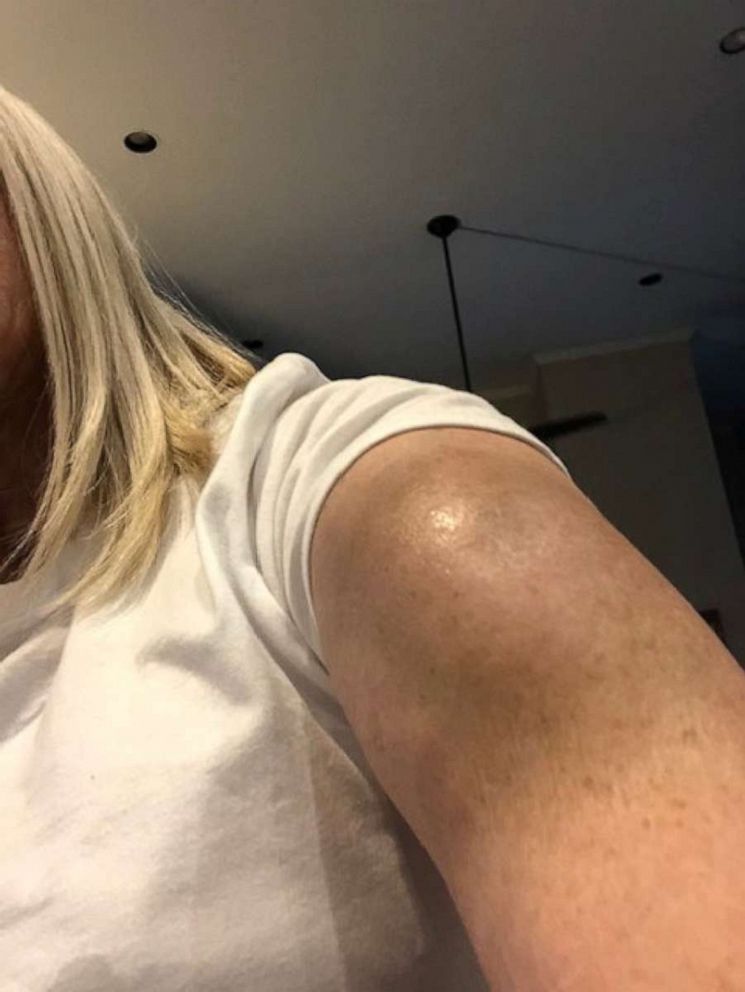 But the lump didn’t go away. In fact, it just kept getting bigger.

“It had grown so much so fast that I looked like Popeye!” said Steinford.

Finally, her best friend of 50 years told her, “If you don’t drive right home and go straight to the emergency room, I’m driving over and taking you myself.”

She took her friend’s advice, and in the beginning of June, she had a biopsy of the lump. The results showed that Steinford had sarcoma, a rare type of cancer that occurs in the bones and soft tissues of the body.

She’s currently undergoing surgery and chemotherapy for the tumor and her doctor said she has an excellent prognosis.

“Glynnda is only curable because she came in when she did. If Glynnda had waited, she would not be curable,” said her oncologist, Dr. Jessica Jones, a UTHealth breast oncologist affiliated with Memorial Hermann Cancer Center in Houston. 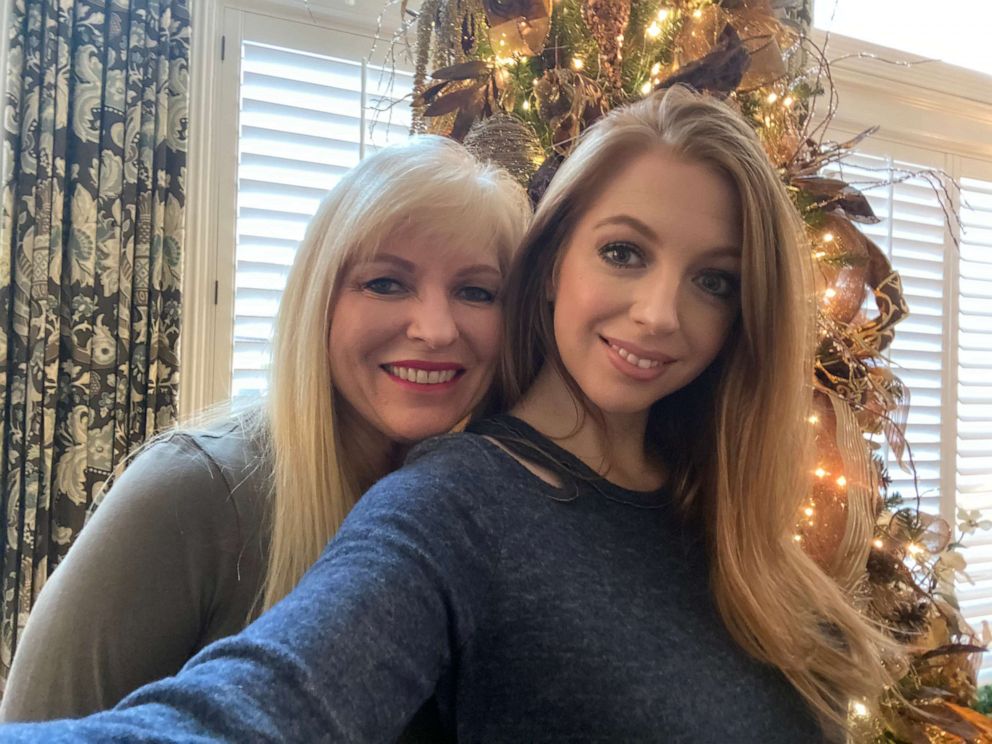 When asked what she would say to people who are too scared to go in and get checked because of their fear of catching COVID, Steinford said, “If you even think there’s something odd, just go. Don’t wait. It’s much riskier not to go.”

Another of Dr. Jones’ patients, Chealci Eddins, 28, knows this all too well.

She first noticed a lump in her right underarm area late last year. At first, she thought maybe it was “just a ball of stress.” But after a few months of putting off a checkup, she made her way in for a mammogram and biopsy in January of this year.

The results were just what she had feared: It was breast cancer, and it had spread.

“I heard ‘the big C’ and I kind of got into my emotions for a while,” said Eddins, alluding to the complex thoughts and feelings that often accompany a new cancer diagnosis.

But she refused to be stymied by fear.

“No, I’ve got to kill it," she said. "Being a math major, I just knew the statistics were not necessarily in my favor if I did not aggressively attack this and try to cure it as hard as I could.” 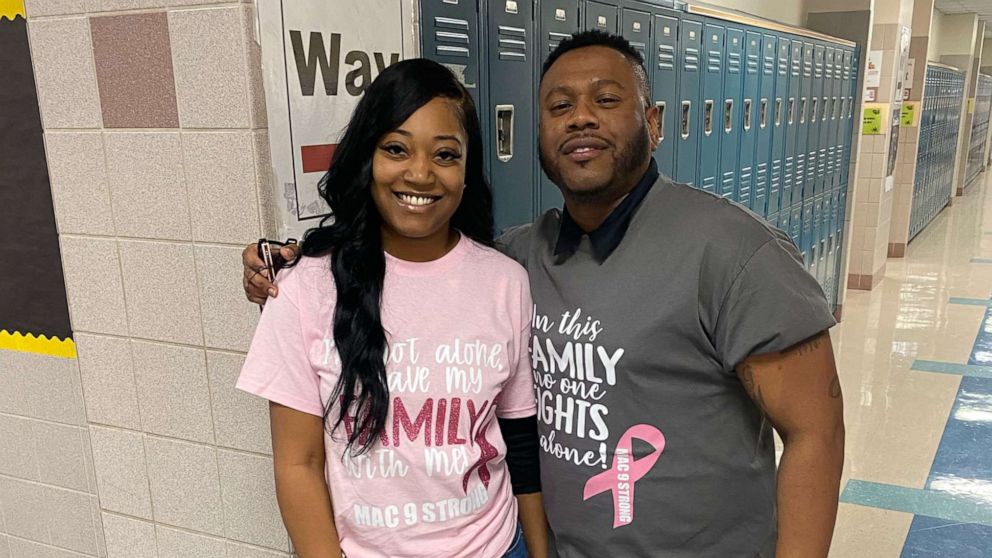 She started chemo on Jan. 24, just one week before the secretary of health and human services declared a public health emergency in response to COVID-19.

Editor's Picks
MORE: 200,000 Americans have died from coronavirus: A look at that grim milestone in context

A high school algebra teacher and mother to a young toddler, Eddins now had to balance not only a classroom of students and her daughter, but also chemo treatments amid a global pandemic.

At first, she was taking every other Friday off to have her treatments. She would then recuperate over the weekend and return to the classroom on Monday. Other than work, the grocery store, day care and the chemotherapy infusion center, Eddins didn’t leave home.

“I had to put myself into this bubble while still receiving treatments and while still being a ninth-grade algebra teacher,” she said.

Her last day at the whiteboard was the week before spring break. Eddins’ students and co-workers threw her a party to show their support for her battle against cancer. She had chemo the next day; they all had the next week off, and by the following week, the world had forever changed. Schools were shuttered and learning moved completely online — yet another new challenge for Eddins.

She finished her last round of chemo on May 26, a mere nine days before the school year ended. She continued teaching through the very last day. 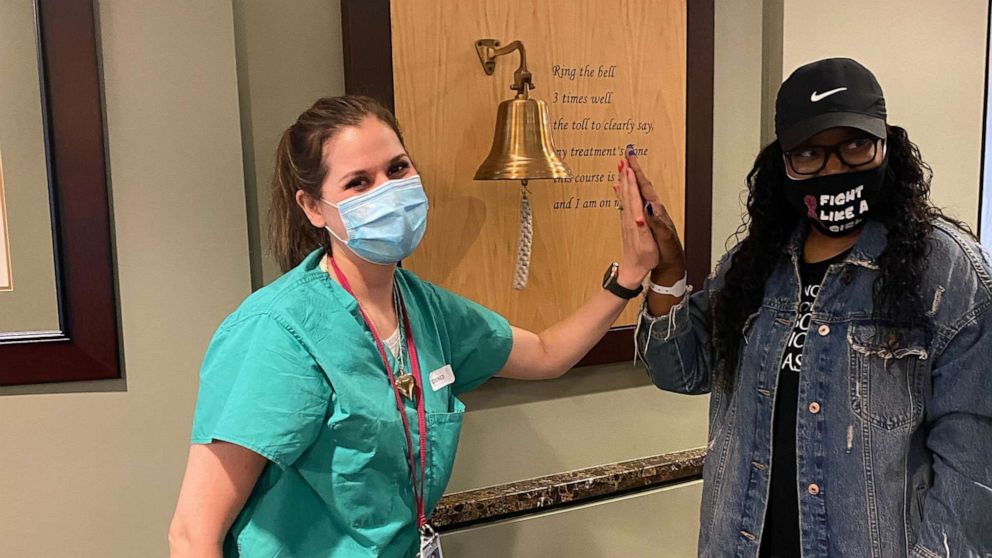 Eddins underwent a successful surgery to remove her cancer on June 30 and began radiation treatments less than three weeks later. Now on the road to becoming a breast cancer survivor, Eddins has some advice for fellow women, especially those who fear going to the doctor during the pandemic.

“Know your body, notice every slight change and don’t be afraid to reach out for help," she said. "Don’t wait to go to the doctor.”

Her oncologist agrees. “There is nothing to lose by going in and just making sure,” said Jones. “We have to trust the safety measures put in place against COVID. If you have cancer, we need to diagnose it and treat it now, whether there’s COVID or not.”

Nate Wood, M.D., is an internal medicine/primary care resident at Yale New Haven Hospital and a contributor to the ABC News Medical Unit.