The danger of the 'strong Black woman' trope for mental health —

A growing movement is calling on Black women to do something long held out of their reach as the country faces an ongoing pandemic, racial conflict, and a growing political divide -- to rest.

Tricia Hersey of Atlanta is one woman behind that movement. In 2016, the artist and theologian founded The Nap Ministry, a collective that examines the power of rest through collective nap sessions, lectures and community workshops, prioritizing rest as radical resistance, particularly for Black women.

“This culture has made it so that we are not living in a human way anymore,” said Hersey. “We're so disconnected and disembodied from our bodies.”

Hersey said the ministry is designed to combat what she describes as the “unsustainable,” “machine level pace” required by the world today.

“Everything is go-go-go, be-be-be, keep going, keep going, never stopping,” said Hersey. “I think that increases the risk of mental health issues when we don't allow our bodies and minds enough time to just kind of settle into what is right now and to actually make space for a new way.” 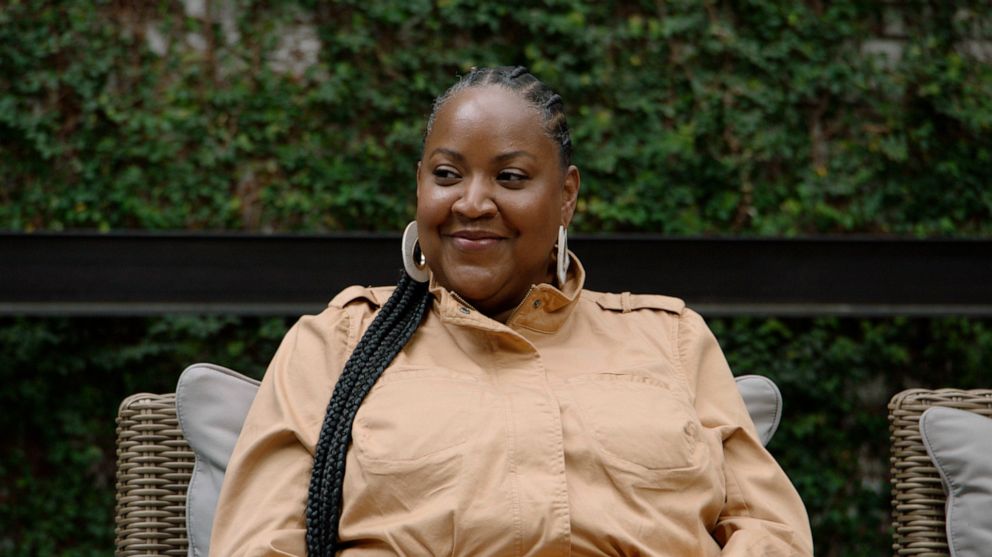 ABC News
Tricia Hersey, a poet, performance artist and activist, is the founder of The Nap Ministry.

For Black women in particular, according to Hersey, the pressure to persevere and at least appear OK while suffering can contribute additional stressors to already difficult situations.

Rooted in racist antebellum stereotypes, the trope of the perpetually "strong Black woman" harms Black women’s mental health in its inherent dismissal of the effect any hardship may have, according to Hersey.

'Strong Black woman,' to me, allows so much time for abuse and manipulation.

"'Strong Black woman,’ to me, allows so much time for abuse and manipulation, for not resting, for burning yourself out,” she said. "So the ‘strong Black woman’ has never been anything I've ever related with. I want rest. I want ease. I need help."

Hersey said she sees the trope of the "strong Black woman" as one reason Black women in particular struggle with mental health.

Women overall are more likely to experience depression than men, according to the National Institutes of Health (NIH), and for Black women, burnout and stress are also "rampant," according to research analyzed by the American Psychological Association (APA).

In addition to socioeconomic disparities and a lack of inclusive research on mental health, the APA identifies stigma, distrust, and limited access to diverse and culturally competent health providers as barriers to care for Black Americans.

Black women speaking out to change the conversation

For Ianne Fields Stewart, a New York City-based activist and storyteller, being given the power to rest was a transformative experience.

"Your work has been a massive part of how I've done my own healing," Fields Stewart told Hersey during the conversation.

Fields Stewart, who identifies as transgender and uses the pronouns she/they, said that while growing up in Birmingham, Alabama, the myth of the strong Black woman was the "model of womanhood" she tried to emulate and follow.

Now, she said she no longer believes that "every Black woman must be a strong Black woman," but wonders what spaces are left for Black women to hold.

"The problem is that I don't think we've yet decided what Black women can be in this space that's left behind," said Fields Stewart, adding separately, "Do we have space for soft Black women, for emotional Black women, for Black women who aren't really good at their jobs, but are great as people and human beings ... or even that we don't have to talk about black women in terms of what we can contribute, but as far as we are just being?" 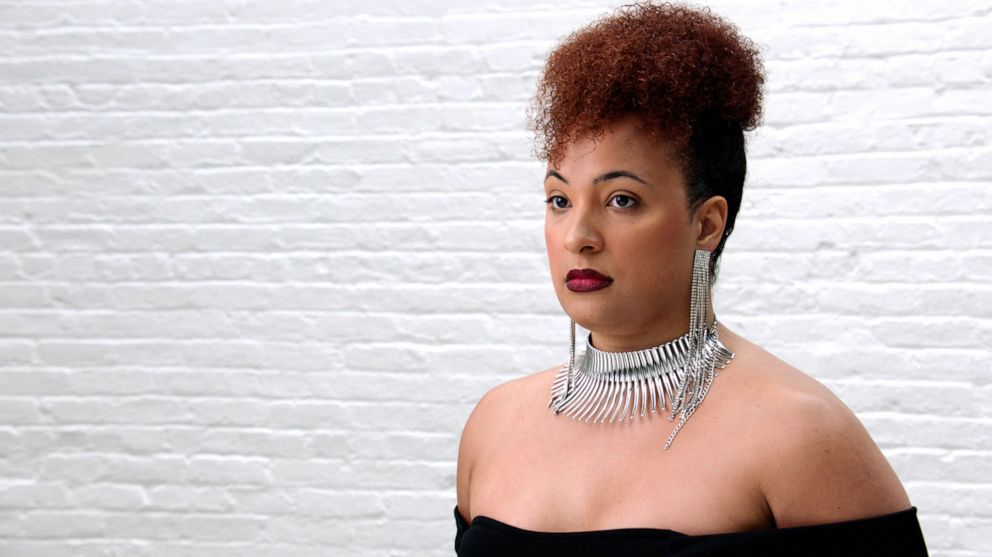 Fields Stewart, an actor and founder of The Okra Project, which works to provide meals to Black trans people, said when the pandemic began two years ago, it forced her to think about the spaces she held.

"I was someone who defined myself by what I did, and suddenly when the pandemic struck, I didn't have an industry anymore," she said of her acting profession. "I didn't have anything to ground me."

The experience, according to Fields Stewart, made her question the weight of the pressure she was under.

For Hersey, the start of the pandemic was a time to embrace what she called the new “slowed down, not normal."

Hersey noted that, pre-pandemic, mental health in the Black community was already in “crisis." The pandemic motivated her to expand her work with The Nap Ministry to reach more people.

“[I] really wanted people to see this as a beautiful opportunity to take space to listen to our bodies, to really take account of what's really happening," she said. "Because we don't have a chance to do that in our lives."

MORE: A hidden pandemic: Grief in the African American community

Dr. Teresa Taylor Williams, a New York-based psychotherapist, said she had seen firsthand the ways in which the changes brought about by the pandemic, including, for some, the ability to rest, had impacted her clients, including Black women.

"I've gotten to the point where I've had to turn people away, because I can't physically handle the number of people that are trying to get appointments with me," she said. "The one question that was common amongst most of all of my new clients was, 'Tell me when I'm gonna feel like myself again,' and that's the question that has been so hard to answer." 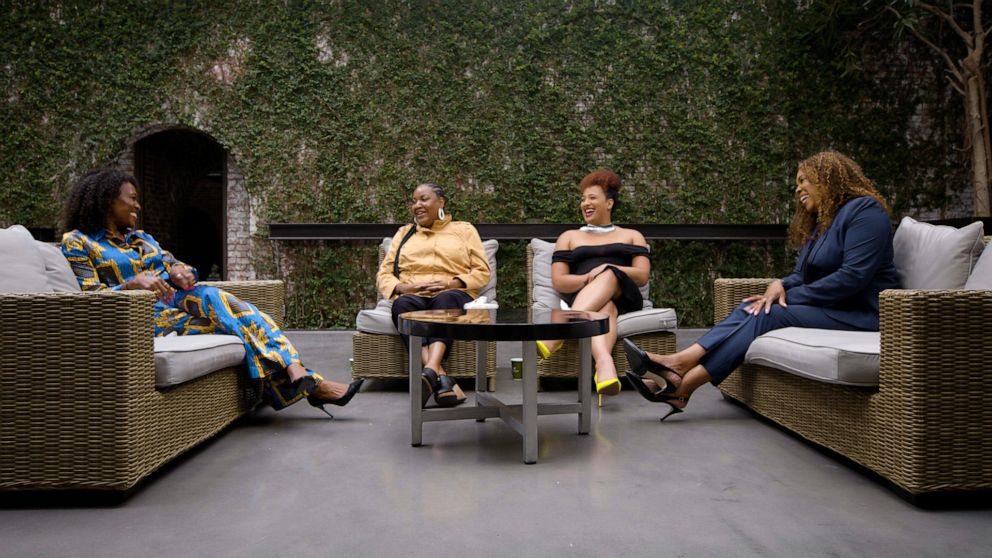 As a Black woman herself, Taylor Williams said she had seen the downside of the "strong Black woman" stereotype.

What she called the “Superwoman complex” can distract from larger issues that affect self-esteem and mental health overall, she said.

These are luxuries that should be given to every Black woman.

Hersey said she hopes people take away from the conversation a desire to move toward a more mindful, even leisurely, way of life as a way to protect Black women's space.

"The systems of grind culture, of capitalism, of patriarchy, of white supremacy, we can disrupt these systems by just being in these moments of joy and holding ourselves and space to love and care and rest,” she said. "And when we do that, collectively, I think things begin to shift.”

Editor's note: This report was originally published on May 18, 2022.