Deanna Recktenwald may be alive today because of her Apple Watch.

The 18-year-old from Lithia, Florida, was at church April 22 when she got a notification from her Apple Watch: Her resting heart rate had skyrocketed to 160 beats per minute, well above a normal rate that the Mayo Clinic says is about 60 to 100 beats.

“The only symptom that I had was that I was out of breath from walking and standing and sitting so it kind of didn't make much sense,” Recktenwald told ABC News.

"It was scary because she was just sitting there. She wasn't doing anything. It wasn't like she was running around. She was just standing there and it spiked up to 190," her mom said.

After her vitals were taken, Deanna Recktenwald was instructed to go to the emergency room immediately.

Deanna Recktenwald was told she had kidney failure and was admitted at Tampa General Hospital for three days. Because of the permanent kidney damage, she may need a transplant in the next couple of years, Stacey Recktenwald, Deanna's mother, told ABC News.

“I was shocked because even if you look at her today, she's perfectly healthy looking,” Stacey Recktenwald said. 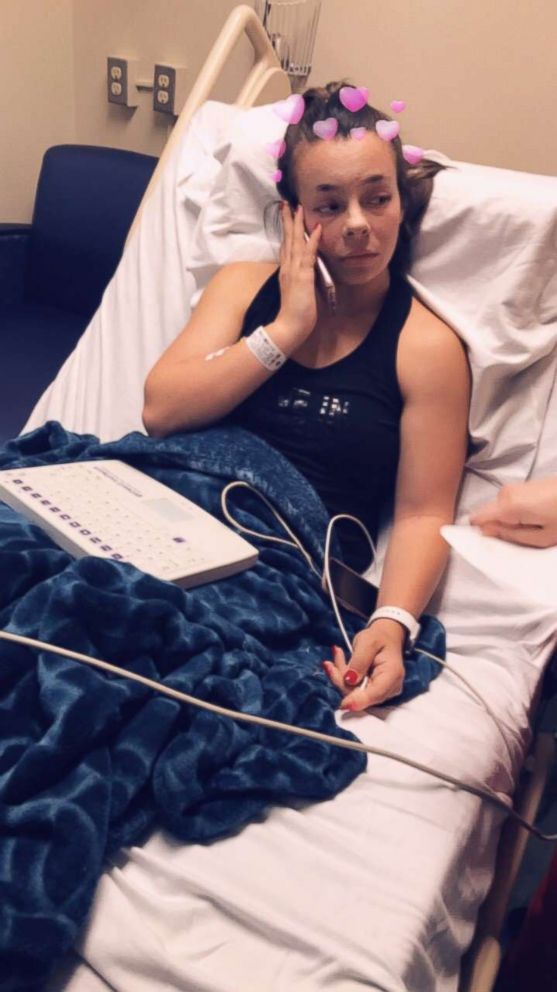 The alert from the device helped save her life, Recktenwald’s doctor told ABC News.

Stacey Recktenwald wanted to thank Apple for saving her daughter’s life. So she wrote an email to Tim Cook, Apple's CEO.

“I am forever grateful to Apple for developing such an amazing lifesaving product,” Stacey Recktenwald said in the letter. “If it wasn’t for her Apple watch alarming her about her HR we wouldn’t have discovered her kidney issue. I honestly feel that your Apple Watch has saved my daughter’s life.”

A few days later an email from Cook himself popped up on her screen.

Stories like Deanna’s inspire us to dream bigger and push harder every day. https://t.co/O7xJ9n1MHg

The Apple Watch can measure a person’s heart rate during resting, workout, recovery, walking and breath sessions, according to Apple. The company also has a partnership with Stanford Medicine for the Apple Heart Study app, which will look at heart rate and rhythm.

Stacey Recktenwald is about to purchase her own Apple Watch and said Deanna never takes hers off since the scare.

“She won’t go to sleep without the watch on," she said. "She’s so dependent on it because she was so shocked when the doctor said she was in kidney failure.”