A 28-year-old who said she and her boyfriend tested positive for the novel coronavirus is speaking out in hopes of reminding the public that young, healthy adults are still at risk.

Noemi Orofino and her boyfriend Julian, 31, are now in recovery after fighting the COVID-19 virus, the new respiratory illness in which over a million have been diagnosed globally, according to data compiled by the Center for Systems Science and Engineering at Johns Hopkins University.

Orofino, who works in fashion, began documenting her journey on Instagram after revealing she was positive.

"I started getting so many questions about the virus," Orofino told "Good Morning America." "I have so many friends in America and the U.K. They didn't think it affected young people like me. They thought it was an elderly disease."

"When I was going through it, I was emotional and lonely," she added. "I want to spread the severity of this issue."

Orofino was born in Italy and raised in the U.S. She and Julian, who requested "GMA" holds his surname for privacy reasons, currently reside in the United Kingdom, where there's at least 17,325 confirmed cases. 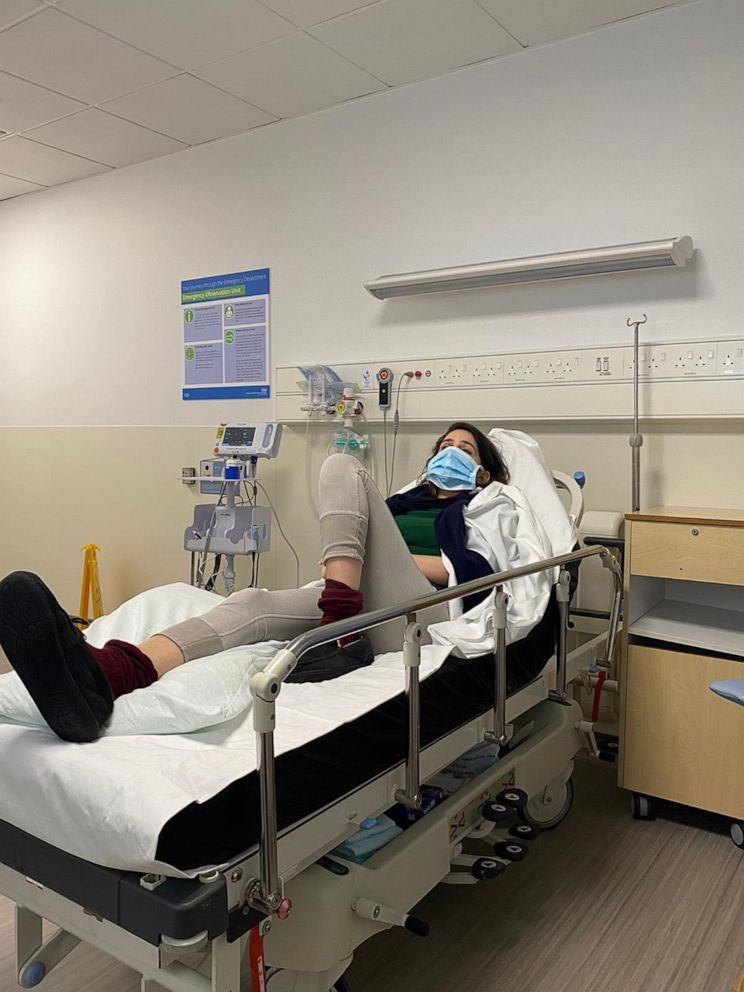 Noemi Orofino
Noemi Orofino, 28, of London, is now in recovery after fighting the COVID-19 virus.

I think because we are younger ... they were confident that we were OK.

"I kind of knew I had it right away. I've never felt so sick," she added. "When Julian started to feel sick too, we got tested."

"I was very far away from my family and I didn't know so much about the U.K. health system," she added. "I knew the illness impacted your lungs ... I was very worried for our lives at the time."

Orofino suspects she contracted the COVID-19 virus from two friends visiting from Italy, who later showed symptoms as well.

She said and Julian went to a local hospital for treatment. They were examined, sent home to recover and told to take a fever reducer. 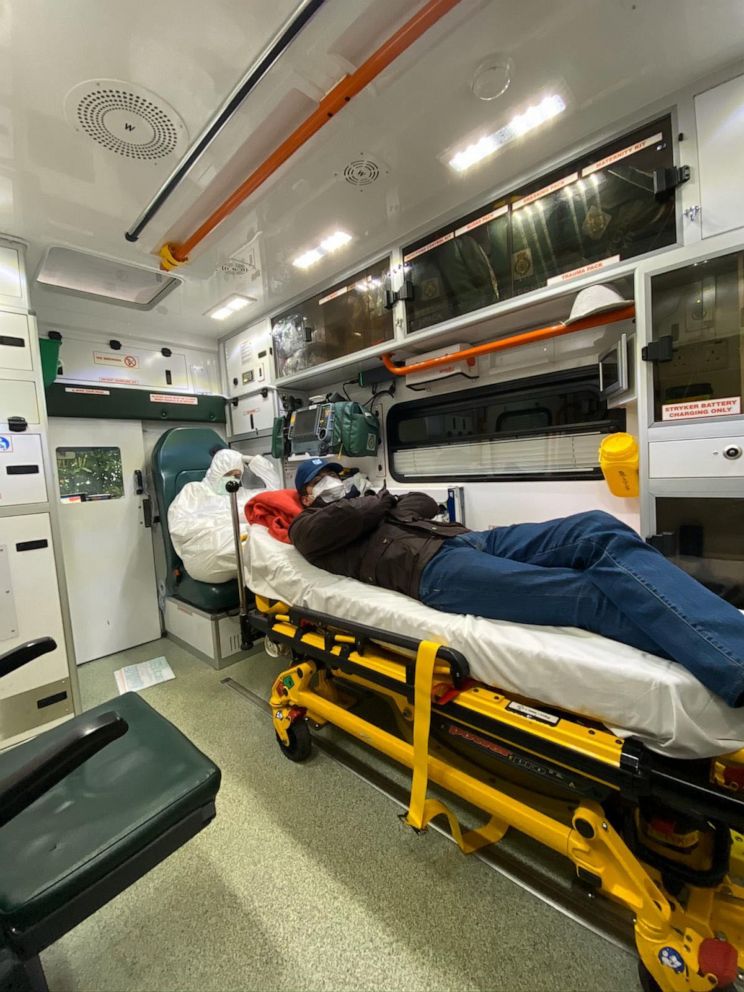 Noemi Orofino
A 31-year-old male named Julian, lies in a medical bed after experiencing symptoms of the novel coronavirus, COVID-19.

"I think because we are younger and they were confident that we were OK," Orofino said. "I don't think they were ready for what was coming, a COVID-19 room or floor, or [proper] equipment."

Dr. Eric Johnson, an anesthesiologist at Henry Ford Hospital in Detroit, Michigan, who treats people with COVID-19 but has not treated Orofino or Julian, said institutions around the country are likely developing new protocols as there's an influx of patients.

"As a medical community we're behind the curve on adequately testing patients and preparing for a surge of patients like we've never seen before," Johnson told "GMA." "It's a very non-discriminatory virus. There's been several patients in their 20s, 30s and 40s. When in the early stages of this we were concerned with older patients, whereas younger patients are ending up in the ICU on ventilators [also]." 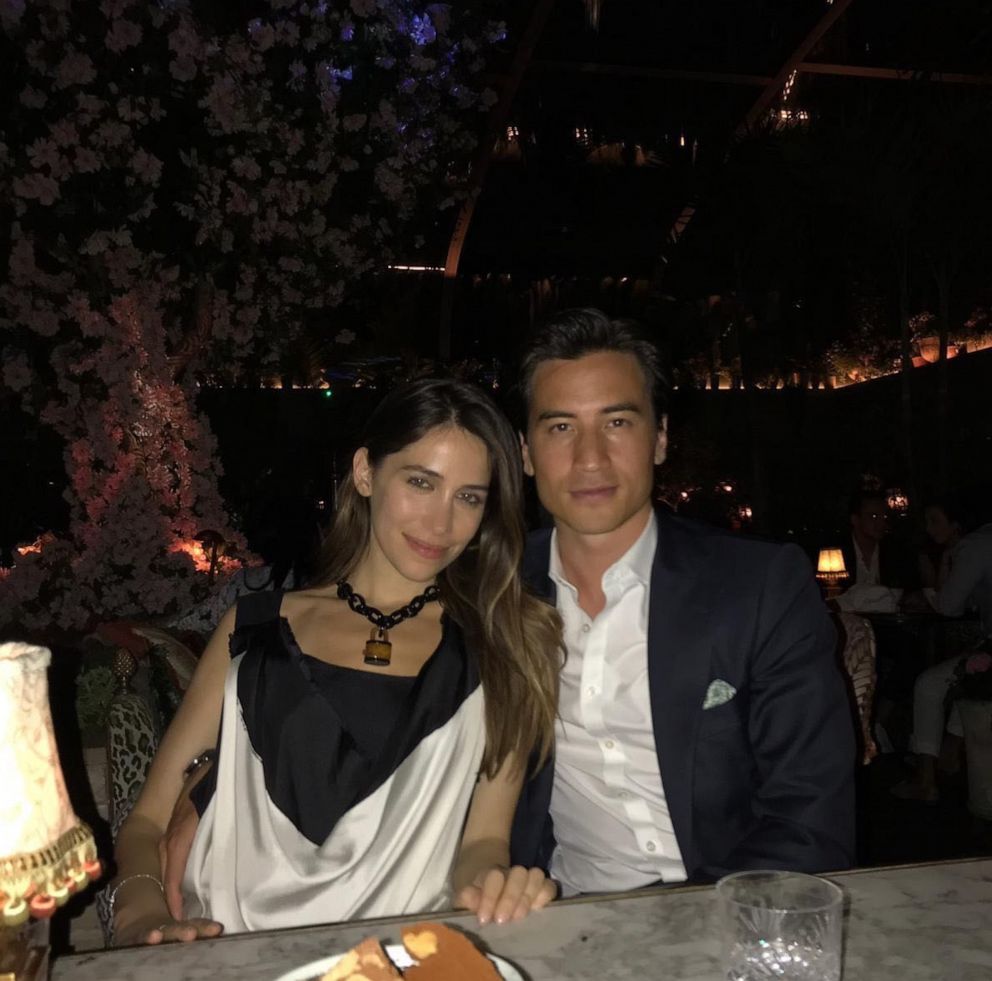 "We cannot emphasize enough how important this quarantine and social isolation is, even though it can generate those feelings of loneliness," Johnson added. "It's the best tool in our arsenal now -- maintaining quarantine, avoiding large crowds, washing hands -- all of those CDC guidelines."

The World Health Organization (WHO) says people of all ages can be infected by COVID-19. Older people, and people with preexisting medical conditions (such as asthma, diabetes, heart disease) appear to be more vulnerable to becoming severely ill with the virus.

WHO advises people of all ages to take steps to protect themselves such as good hand hygiene and good respiratory hygiene. 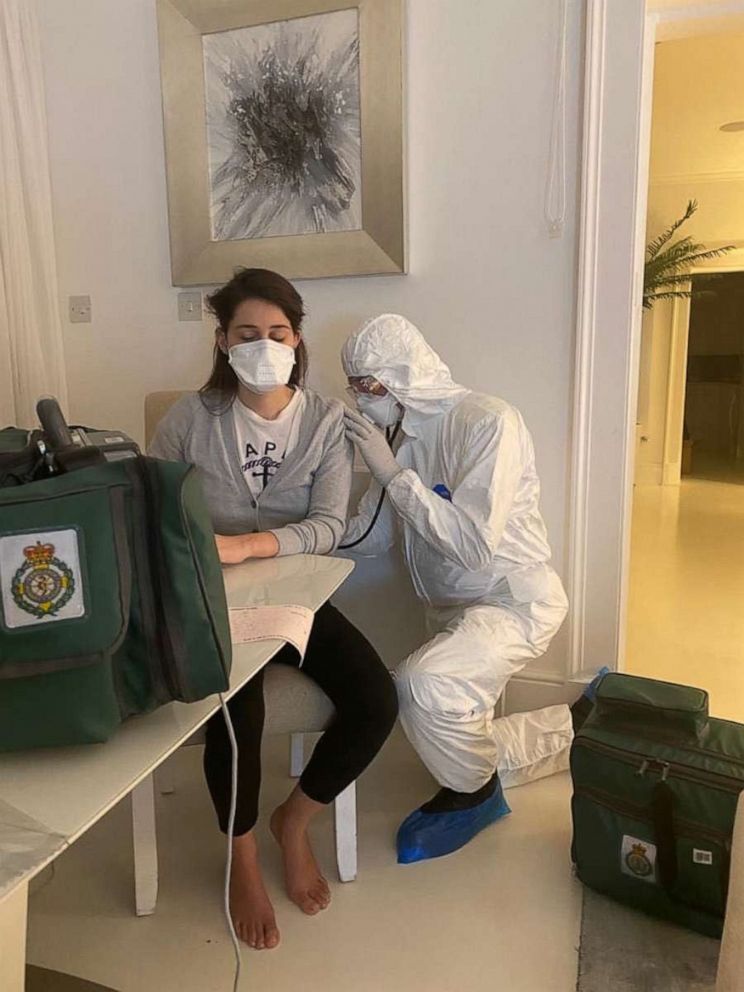 Noemi Orofino
Noemi Orofino, 28, is seen in an undated photo being examined in London, after having symptoms of the novel coronavirus, COVID-19.

We cannot emphasize enough how important this quarantine and social isolation is, even though it can generate those feelings of loneliness.

Older adults have been hit hardest by the virus. In China, for example, 80% of deaths were among people in their 60s or older, and experts says this general trend is playing out elsewhere, according to The Associated Press Health and Science Department.

Still, Dr. Mike Ryan, the WHO's emergencies chief, warned: "the idea that this is purely a disease that causes death in older people we need to be very, very careful with," he told the AP. 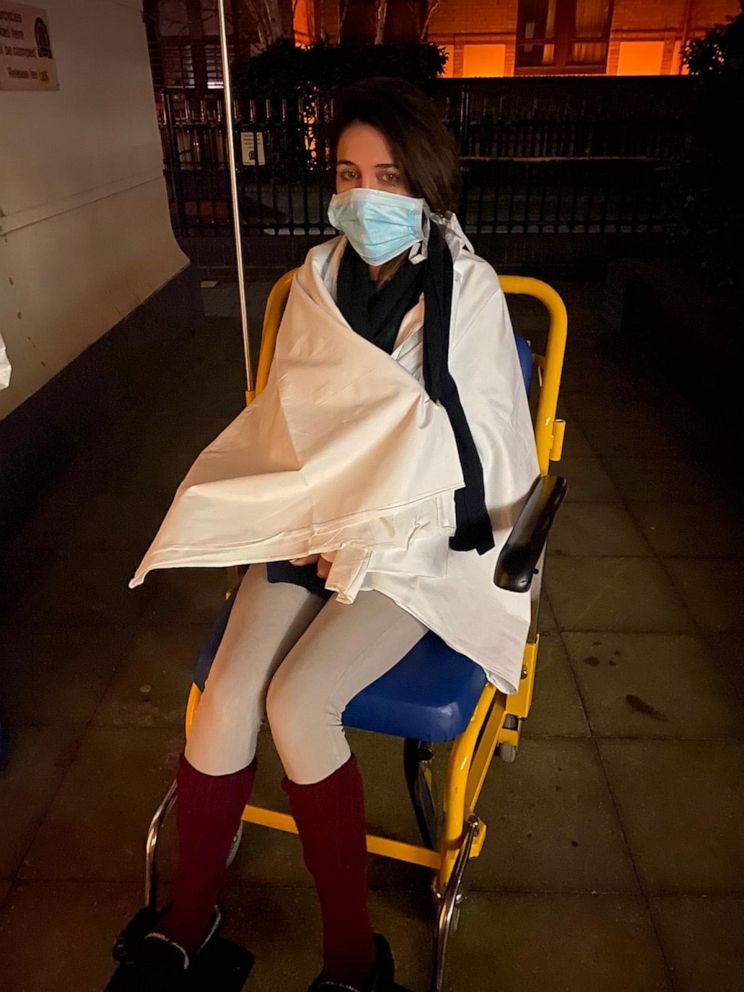 "Young people are not invincible," WHO's Maria Van Kerkhove added, saying more information is needed about the disease in all age groups.

Italy reported that a quarter of its cases so far were among people ages 19 to 50. In Spain, a third are under age 44.

Among U.S. patients with known age, the Centers for Disease Control and Prevention found 29% were 20 to 44.

Julian said he didn't think he and Orofino would be at risk, given their ages.

"Everyone reacts differently to the virus so even if you're young and healthy and in good shape, you may be unlucky and it may have a life-changing or even life-ending consequence," Julian told "GMA." "Everyone should really take this seriously." 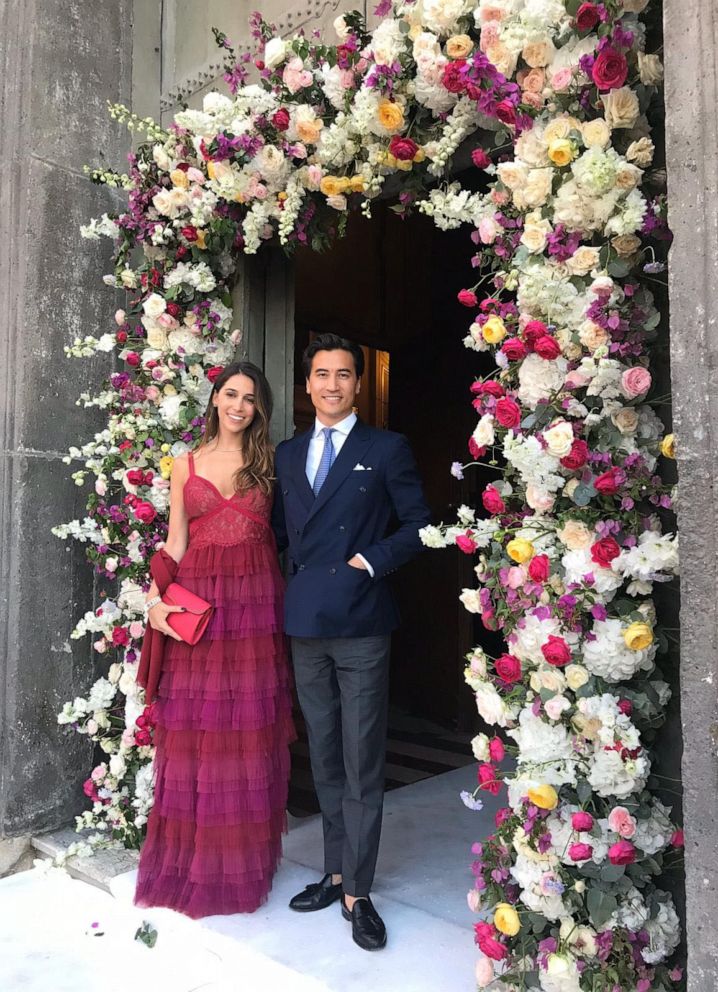 While Julian said he has fully recovered from the virus, Orofino is enduring her fourth week. She said she feels better each day, and is experiencing fewer symptoms since being diagnosed earlier this month.

While documenting her health progress on Instagram, she urges others to stay home and lends an ear to those feeling stress during the pandemic.

"Every day I found a new symptom, I wished I had someone to talk to for emotional support as well as informative [support]," she said. "I received so many messages from people saying, 'I started self-isolating after reading this.'"

"Everyone is caught up with not catching it, but I think it causes a lot of psychological damage, trauma -- even to those who aren't affected by the virus," Orofino added. 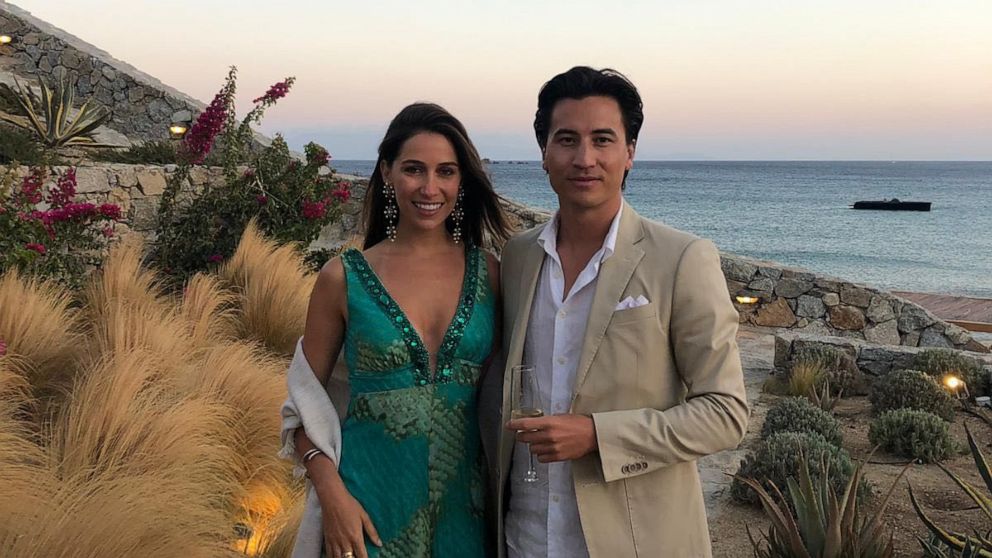 Noemi Orofino
Noemi Orofino, 28 and her boyfriend Julian, 31, are now in recovery after fighting the COVID-19 virus, the new respiratory illness in which hundreds of thousands have been diagnosed globally.

Every day I found a new symptom, I wished I had someone to talk to for emotional support.

The CDC says the outbreak of COVID-19 may cause fear and anxiety in some people.

Dr. Alexander Sanchez, a psychiatrist working in New York City, agreed -- telling ABC News, "I expect an increase in anxiety and depressive symptoms to come when the experience of social distancing and isolation becomes more routine. We are trying to adjust to a new way of maintaining social connections virtually. There will be some psychic pain while we adjust."

The National Alliance of Mental Illness (NAMI) offers resources on how to seek mental help during these uncertain times.

Virtual support communities like Emotions Anonymous offer in person and online weekly meetings available in more than 30 countries with 600 active groups worldwide. The EA is nonprofessional and can be a complement to therapy, NAMI says.

If you or a loved one are experiencing suicidal thoughts in response to the outbreak, call The National Suicide Prevention Lifeline at 1-800-273-8255 for free and confidential emotional support 24 hours a day, 7 days a week.

For more on how to cope, read expert tips for managing stress around the coronavirus.