A group of medical students are hoping to spark change by tackling deeply-rooted racial disparities in the health industry during the COVID-19 pandemic.

Incoming first-year medical students at the University of Pittsburgh School of Medicine have teamed up to put their spin on the Hippocratic oath.

With their new oath, they hope to destroy biases, combat disinformation and address systemic racism.

"As the entering class of 2020, we start our medical journey amidst the COVID-19 pandemic and a national civil rights movement reinvigorated by the killings of Breonna Taylor, George Floyd and Ahmaud Arbery," the oath reads.

It goes on to address other concerns of the American health care system in serving vulnerable communities, including people of color, who have been disproportionately impacted by the coronavirus pandemic. 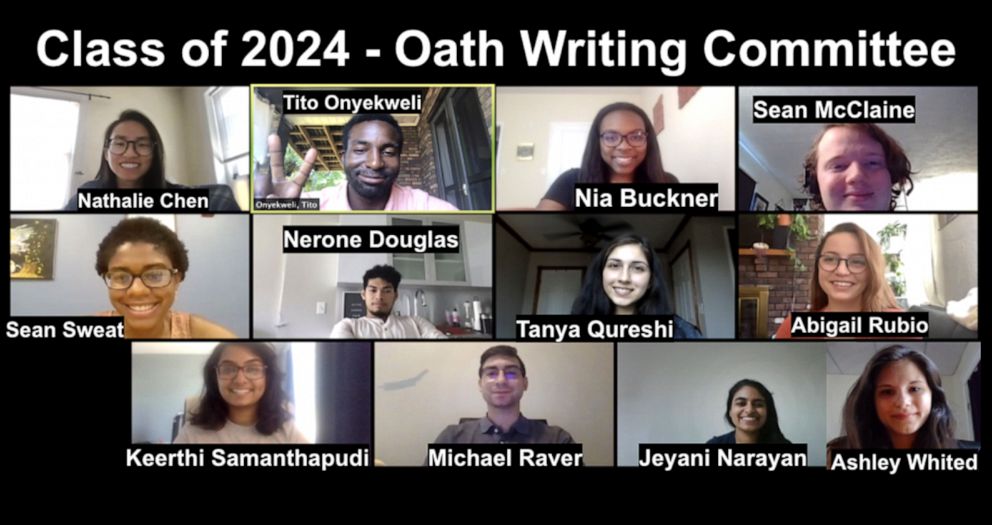 Sean Sweat, a 26-year-old student from Hopkins, South Carolina, who is set to become the first doctor in her family, was among the students involved in presenting the material to the Class of 2024.

"In what's already a very exciting journey ... being able to play a role in writing our class oath just made the experience all the more special," Sweat told "Good Morning America." 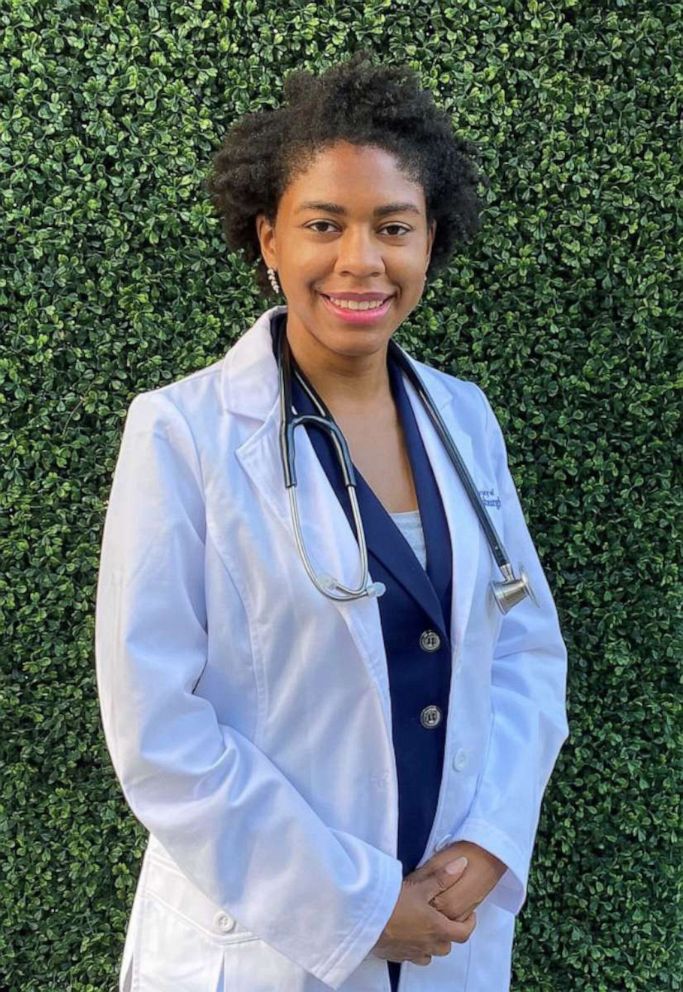 Courtesy Sean Sweat
First-year medical student Sean Sweat, of Hopkins, South Carolina, is among the University of Pittsburgh School of Medicine committee that created a new version of the Hippocratic Oath.

The 12-person oath-writing committee recited the new pledge in addition to the traditional version during their orientation at the start of the fall semester.

The oath, which is the first of its kind in the school's 134-year history, came about by committee members working alongside advisors and student affairs leaders. In addition to dedicating dozens of hours to the project, the committee also presented information to the entire class of about 150 students where they each had an opportunity to offer feedback.

The move comes as medical schools across the country still fall behind in diversity as Black, Hispanic and American Indian students remain underrepresented in medical schools, despite increasing initiatives, according to a study published last year that was conducted by researchers from the Perelman School of Medicine at the University of Pennsylvania.

MORE: College students urged not to travel home for Thanksgiving amid COVID-19

Since the oath was created by the group this fall, it has gained nationwide attention, including recognition from the American Medical Association. It has also sparked a new tradition as all future incoming students of the University of Pittsburgh School of Medicine will be invited to put their own spin on the oath during orientation week each year.

MORE: Former security guard now a medical student at the hospital where he worked

Nia Buckner, of Charlotte, North Carolina, a first-generation medical student, said she is proud she got to contribute to such an impactful project.

She said that she, along with her colleagues, have personal copies of the oath that they carry to serve as a daily reminder of their purpose as they embark on their medical journey.

"It's something that we hold near and dear to our hearts as med students," Buckner told "GMA." 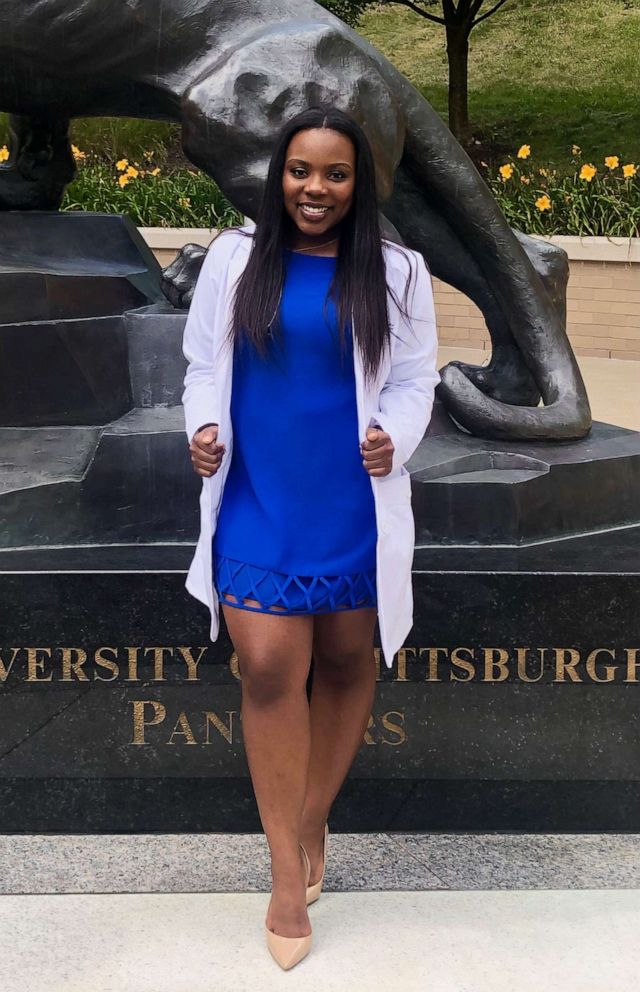 Courtesy Nia Buckner
First-year medical student Nia Buckner, of Charlotte, North Carolina, is among the University of Pittsburgh School of Medicine committee that created a new version of the Hippocratic Oath.

The 23-year-old believes that although her class isn't the first to create their own promises -- as schools have been permitted to do so now for 20 years, according to the Association of American Medical Colleges -- she believes their oath is special due to its relevance.

"Not only does it embody what we believe ... but you can visualize the time that we are stepping into medicine and I think that was one of the things that had our personalized oath stand out," Buckner said.