In a heartwarming reunion, a 9-year-old celebrating his cancer remission has met the man who saved him.

"We were so thankful for him doing this for Sawyer," mom Misty Dyer of Corryton, Tennessee, told "Good Morning America" today. "Sometimes thank you doesn't seem like enough to say to someone who has saved your son's life."

Sawyer was diagnosed with acute myeloid leukemia in January of 2017, his family said, and spent four months at East Tennessee Children's Hospital in Knoxville for treatments before undergoing a bone marrow transplant at TriStar Centennial Medical Center in Nashville. 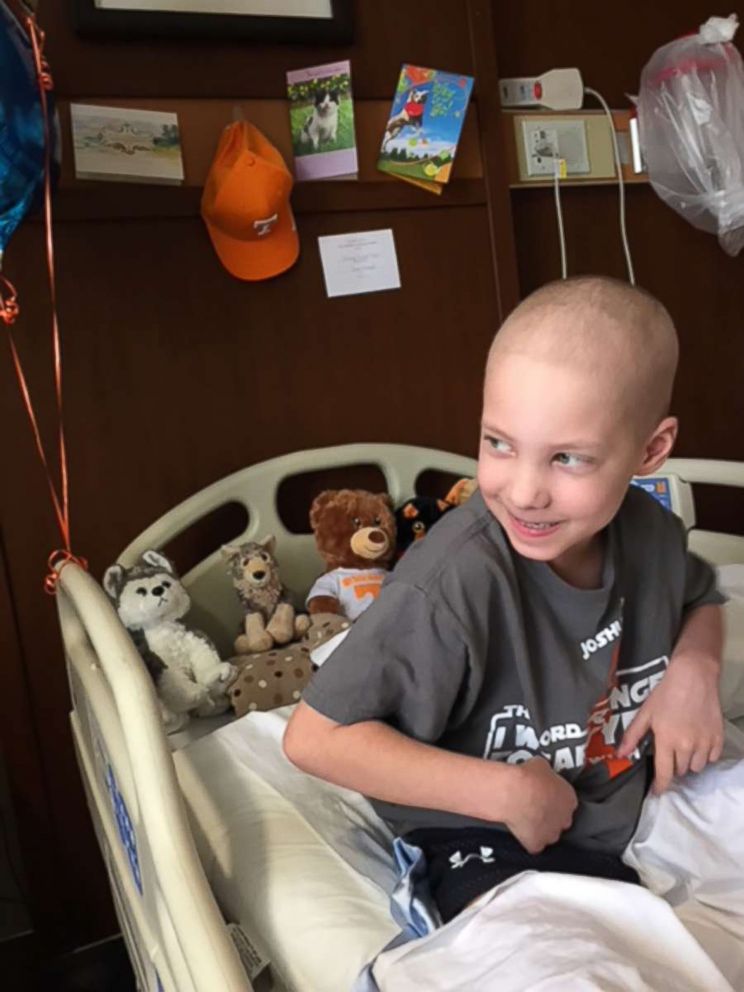 The Dyer Family
Recently, Sawyer Dyer, 9, of Tennessee, got his wish and met his bone marrow donor, Kevin Schwartzel, 29 of San Diego,.

"This wasn't fun," Sawyer said about cancer treatments in an interview at the Sarah Cannon Center for Blood Cancer, where he received radiation. "It would really feel good to meet the person who saved my life."

In 2011, Schwartzel, a physician assistant from San Diego, California, signed up with the "Be the Match" registry. In 2017, he got the call to donate. Sawyer, who was 8 years old at the time, was the recipient.

The Dyers decided to release their information through the "Be the Match" registry so Schwartzel was able to contact the family. They arranged for him to meet Sawyer. 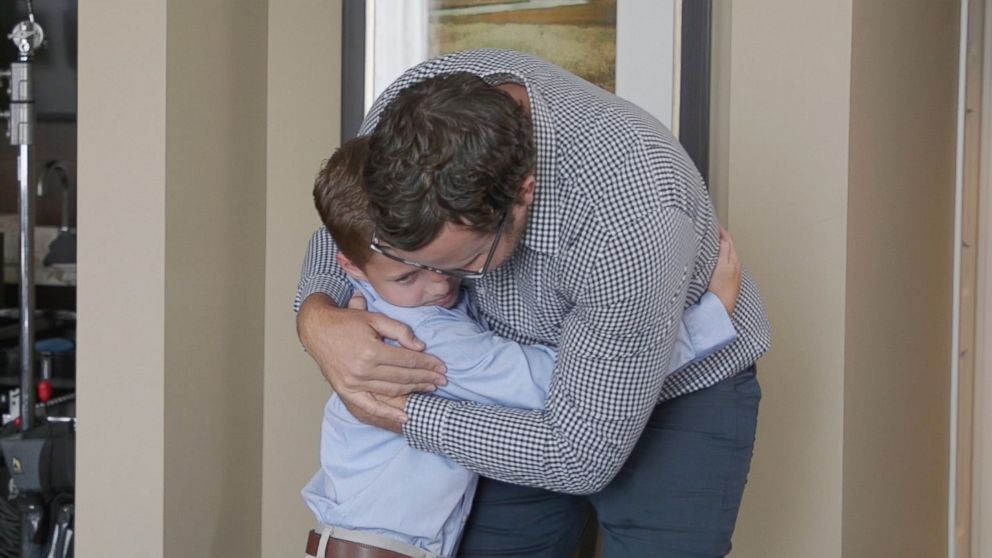 Sarah Cannon Center for Blood Cancer
Sawyer Dyer, 9, who is celebrating his cancer remission, has met Kevin Schwartzel, the man who saved him.

The moment when Sawyer and Schwartzel shared a long-awaited hug was captured on video.

"I'm still trying to wrestle with the gravity of it because I've seen some pictures and I know how sick these kids can get," Schwartzel said in the video released to "GMA." "To try to come to terms with it -- my bone marrow, something that I was just born with, brought him out of that situation."

"He can go to school, now he doesn't have to wear a mask everywhere he goes -- it's crazy." he added. "It's such a small thing for me to do and it literally means life or death for another person that I've never even met." 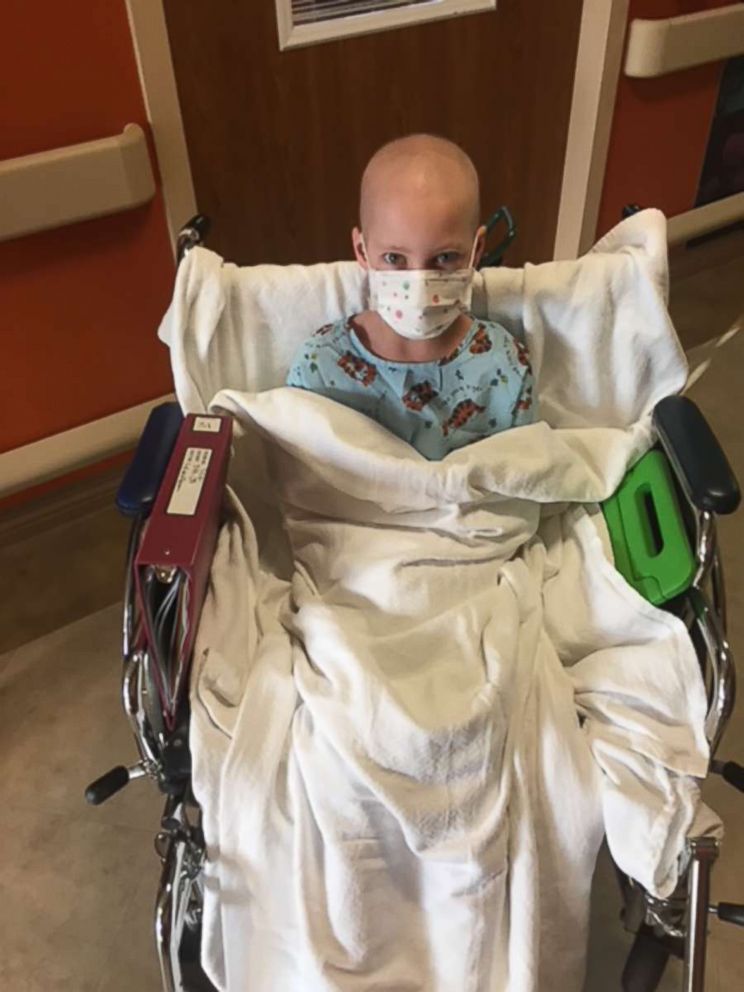 The Dyer Family
Sawyer Dyer, 9, of Tennessee, was diagnosed with leukemia in 2017 and underwent a bone marrow transplant.

In the video, Sawyer's mom tells him that Schwartzel is about to walk into the room where they were being interviewed. As Schwartzel entered, Sawyer ran to him and the two embraced. 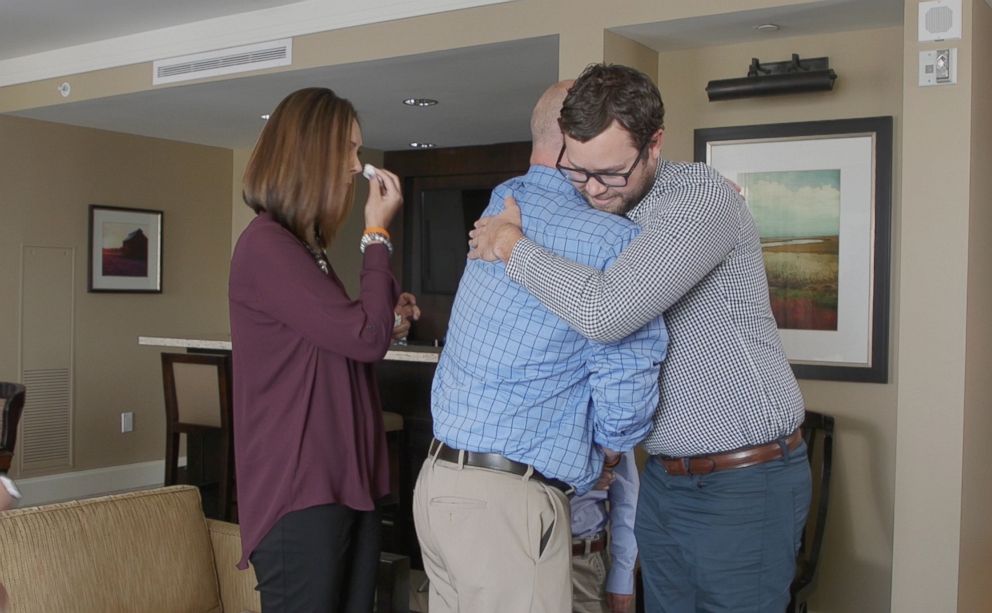 Sarah Cannon Center for Blood Cancer
The moment when Sawyer Dyer and his bone marrow donor Kevin Schwartzel shared a long-awaited hug, was captured on video.

"I feel like we're so connected, but we've never met," Schwartzel said to the Dyers in the video.

Misty Dyer said it's been "amazing" to see her son's transformation since his transplant and chemo treatments.

"It was really hard when he lost his hair and was really sick," she explained to "GMA." "It's great to see him healthy, happy, being able to be around his friends and family again to being a normal kid."