Sam Bankman-Fried, the embattled former CEO of cryptocurrency giant FTX and trading firm Alameda Research, told ABC News he was ultimately responsible for the downfall of both companies, but denied that he knew "that there was any improper use of customer funds."

"I really, deeply wish that I had taken a lot more responsibility for understanding what the details were of what was going on," Bankman-Fried said. "I should have been on top of this, and I feel really, really bad and regretful that I wasn't. A lot of people got hurt. And that's on me."

Bankman-Fried spoke to George Stephanopoulos and ABC News for his first network interview since both companies in his cryptocurrency empire filed for bankruptcy this month. He addressed rumors that have swirled since the collapse and discussed his uncertain path forward. The interview took place in the Bahamas island of Nassau where FTX was headquartered. 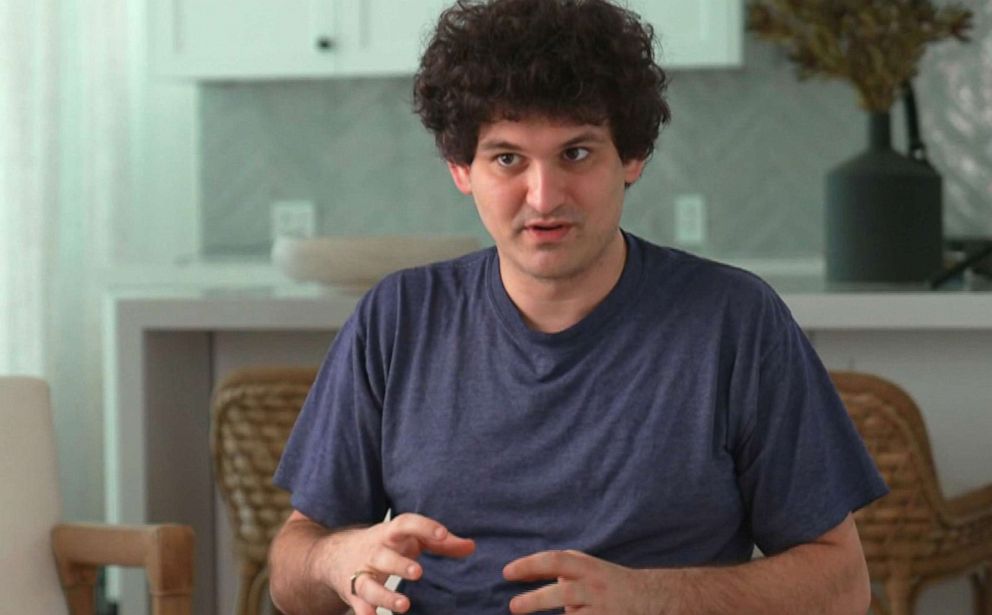 FTX filed for bankruptcy protection in November after a rival cryptocurrency exchange announced it was backing out of a plan to acquire it. The filing followed reports that FTX used deposits to pay Alameda Research creditors, a claim reportedly made by former Alameda Research CEO Caroline Ellison during a call in early November.

Bankman-Fried said he was not aware that was true but said Alameda had a large position open on FTX that was "overcollateralized a year ago." He also partially blamed a market collapse that "threatened that position quite a bit" as well as mismanagement.

Ellison did not immediately respond to ABC News' requests for comment.

Bankman-Fried also said FTX had "explicit mechanisms" in place "by which there was-- allowed borrowing and lending on the platform." However, he characterized the environment as lacking sufficient oversight of the exchange.

"I have basically nothing left"

In the interview, Bankman-Fried also denied he witnessed any illegal drug use by FTX employees, and he said reports that he and Ellison were in a polyamorous relationship are false and his romantic relationship with Ellison lasted only six months. "I've been running FTX for the last few years. That doesn't leave a whole lot of time for a dating life for me," he said.

He added, "I lived with a bunch of monogamous couples when I was here, some of whom got married over the course of their time here. I don't know of any polyamorous relationships within FTX." 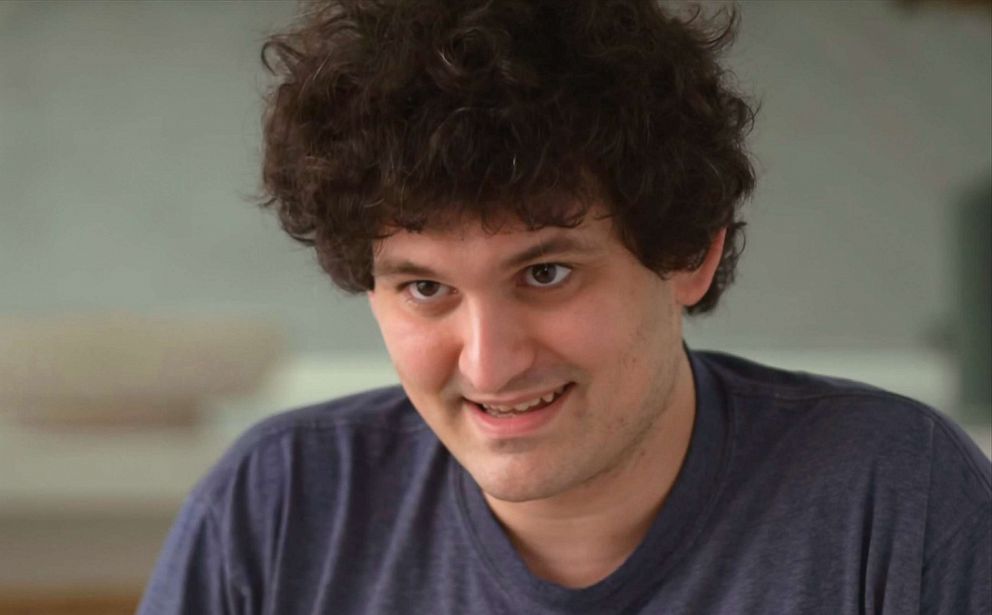 Bankman-Fried, 30, downplayed the image of FTX as having a hard-partying culture. He said he has never gotten drunk and EMSAM, an antidepressant he takes, is prescribed and is used to help him concentrate. He likened its affect to coffee.

Bankman-Fried said he currently owns just one ATM card and has $100,000 in his bank account, a drastic reversal from the estimated $20 billion net worth that thrust him into the spotlight. He said a $1 billion loan he made to himself "was generally for reinvesting in the company" and "not for consumption."

"I have basically nothing left," he said.

He ultimately blamed the collapse of FTX on his struggle with risk management.

"There is something maybe even deeply wrong there, which was I wasn't even trying. Like, I wasn't spending any time or effort trying to manage risk on FTX and that that was obviously a mistake," he said. "If I had been spending an hour a day thinking about risk management on FTX, I don't think that would have happened. And I don't feel good about that."

"FTX would not be fine"

On Nov. 7, days before FTX filed for Chapter 11 bankruptcy protection in the U.S. and Bankman-Fried stepped down as CEO, he posted two Twitter posts: "FTX is fine. Assets are fine" and "FTX has enough to cover all client holdings. We don't invest client assets, even in treasuries." Both were later deleted.

At the time, he said, he was conducting a "dive" into the accounting of both companies and discovered "there had been a few billion dollars of withdrawals so far from FTX" and he anticipated "there would be more." However, he figured the company would likely have the power to cover the losses with "liquidity," which sent him "looking to get funding and financing." The next day, however, he realized those prospects were dim.

"Not that long after that tweet I started to become fairly concerned that FTX would not be fine," he said.

Bankman-Fried told Stephanopoulos that he believed that FTX did not invest client assets because "there were companies who had open margin positions on FTX which involves borrowing and lending. And those companies might be investing assets," he said. He characterized the second deleted tweet as an attempt to be "constructive" and one he felt he "could stand by and believe." 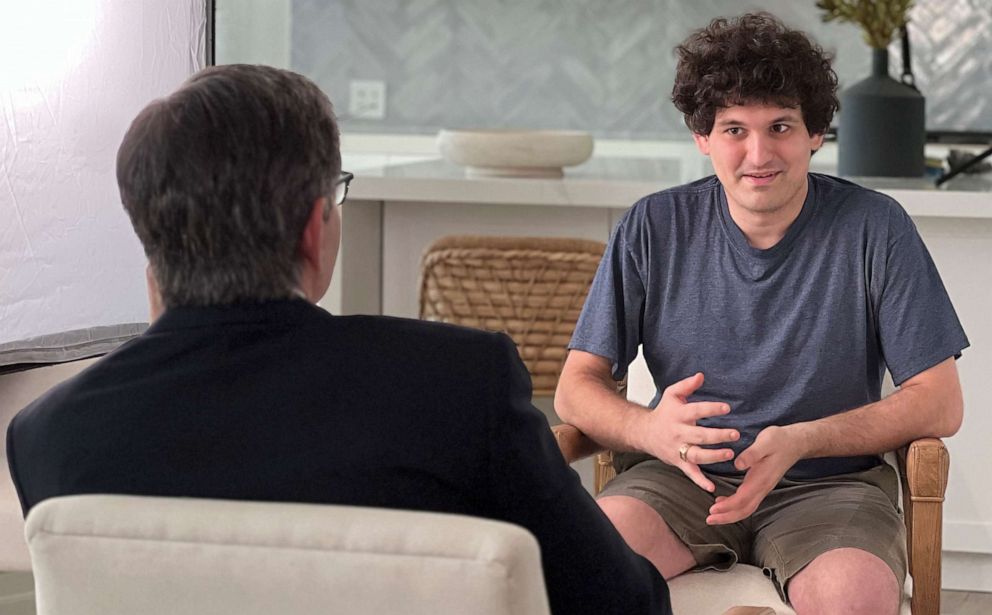 Looking back today, Bankman-Fried said he believes the "assets" statement was true. "But I would phrase it differently. I think if I were to say that today I would say 'look, FTX itself doesn't invest client assets, but there are margin positions open, and we don't know what all of the clients are doing with their business outside of FTX.' Which means that we have a duty to manage the positions that are open on FTX to the extent that we don't have full recourse or insight into investments that are made off of it."

At the time of the crash, he said FTX was getting "really significant inbound potential interest in financing" — "well into the billions" — from investors, including traditional financial institutions and individuals, which he believes is a sign the company can one day be solvent. "That's a lot of potential value for customers if it can all be worked out in a way that is safe, that has proper oversight. But again, at this point, ultimately, it's going to be up to others to decide what path forward, or lack thereof, FTX has," he said.

A side effect of his downfall is the realization the company had on his personal life. Despite having met Hollywood celebrities, professional athletes and political leaders, Bankman-Fried told Stephanopoulos the success of FTX made him feel like "an object more than anything else," and therefore "made it pretty difficult to have real, close friendships or relationship because … it was really hard for me to find opportunities to talk to people as peers where they would be comfortable and relaxed around me, where no one had anything to prove."

"I had very few true, real friendships," he said.

MORE: What FTX's bankruptcy filing means for the future of digital currency

He explained the experience was worth it because of his passion for "effective altruism," a movement he says redirects revenue for charitable works.

"I wanted to figure out how I could have the most impact on the world, and how I could do the most good for the world. And I felt like the answer was by giving as much as I could to places that were actually doing the most important things," he said.

Today, Bankman-Fried said his focus is on working through the regulatory and legal processes and "trying to focus on what I can do going forward to be helpful." In the future he said he hopes that he can say he "made it up to everyone who got hurt."

He added, "At the end of the day, it's not my call what happens. And the world will judge me as it will."