Hollywood actresses Felicity Huffman and Lori Loughlin and a slew of chief executives are among 50 wealthy people charged in the largest college cheating scam ever prosecuted by the U.S. Department of Justice, federal officials said Tuesday.

Those indicted in the investigation, dubbed "Operation Varsity Blues," allegedly paid bribes of up to $6.5 million to get their children into elite colleges, including Yale, Stanford, Georgetown and the University of Southern California, federal prosecutors said.

"This case is about the widening corruption of elite college admissions through the steady application of wealth combined with fraud," Andrew Lelling, the U.S. attorney for the District of Massachusetts, said at a news conference. 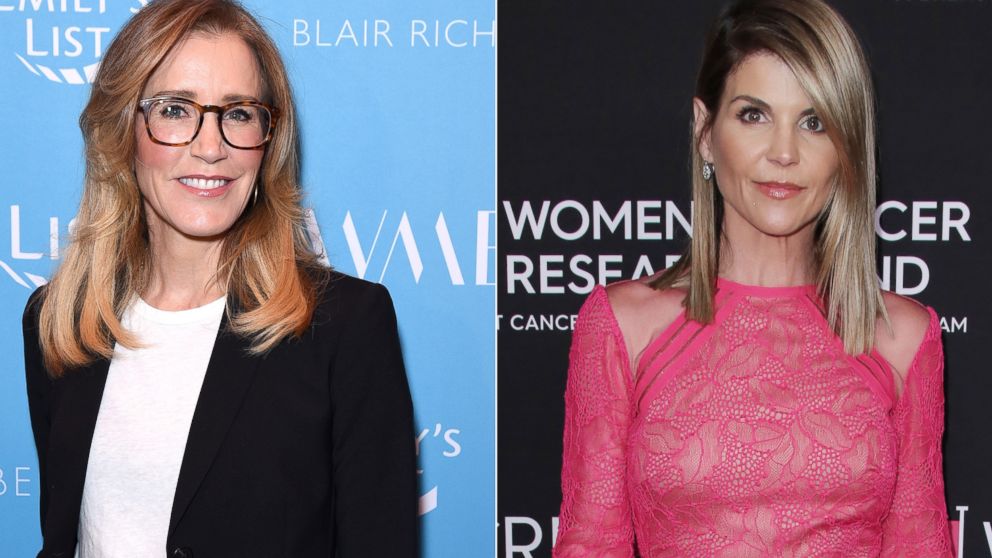 "There can be no separate college admissions system for the wealthy and, I'll add, there will not be a separate criminal justice system either," Lelling said.

Sen. Elizabeth Warren, D-Mass., a presidential candidate and a former school teacher, expressed outrage over the scandal in an interview Tuesday with ABC News.

"This is just stunning," Warren said. "To me this is just one more example of how the rich and powerful know how to take care of their own."

According to Lelling, the ringleader of the scam is William Singer, owner of a college counseling service called Key Worldwide Foundation and a company called Edge College & Career Network. Singer allegedly accepted bribes totaling $25 million from parents between 2011 and 2018 "to guarantee their children's admission to elite schools," Lelling said.

The parents are a catalog of wealth and privilege 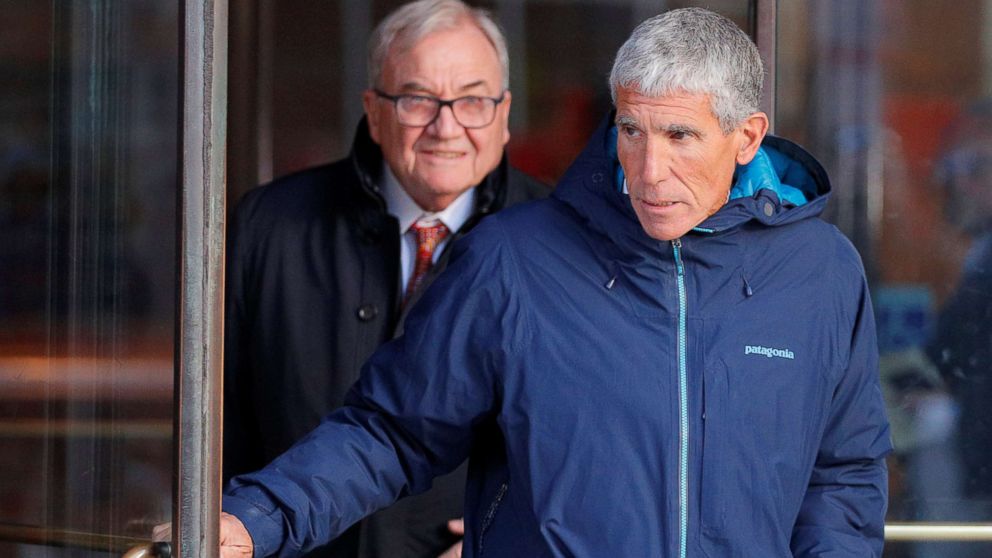 Steven Masera, 69, the accountant and financial officer for the Edge College & Career Network and the Key Worldwide Foundation, was also indicted, according to court documents. Masera and Mark Riddell, a private school counselor in Bradenton, Florida, allegedly worked closely with Singer in the scam, according to the indictment.

Mikaela Sanford, 32, of Folsom, California, another employee of the Edge College & Career Network and the Key Worldwide Foundation, and David Sidoo, 59, of Vancouver, Canada, were also indicted for allegedly working closely with Singer to facilitate the scam, according to the indictment.

Singer would allegedly instruct parents to seek extended time for the children to take entrance exams or obtain medical documentation that their child had a learning disability, according to the indictment. The parents were then told to get the location of the test changed to one of two testing centers, one in Houston and another in West Hollywood, California, where test administrators Niki Williams, 44, of Houston and Igor Dvorskiy, 52, of Sherman Oaks, California, helped carry out the scam, the indictment alleges.

Riddell, 36, allegedly either took ACT and SAT tests for students whose parents had paid bribes to Singer, according to the indictment.

"Singer typically paid Riddell $10,000 for each student's test," according to the indictment.

Those charged in the probe include nine coaches at elite schools, two SAT and ACT exam administrators, one exam proctor, a college administrator and 33 parents, including Huffman and Loughlin.

There can be no separate college admissions system for the wealthy

Huffman's husband, actor William H. Macy, was not indicted, but according to the court document he and Huffman were caught on a recorded conversation with a corroborating witness in the case, allegedly discussing a $15,000 payment to ensure their younger daughter scored high on a college entrance exam.

Huffman was indicted on charges stemming from the $15,000 she allegedly disguised as a charitable donation so her older daughter could take part in the college entrance cheating scam, the indictment reads. But Huffman and Macy apparently decided not to go through with scheme for their younger daughter.

Actor William H. Macy seen arriving at a federal courthouse today in Los Angeles after wife Felicity Huffman was among those charged and arrested in what prosecutors called “the largest college admissions scam ever prosecuted by the Department of Justice." Authorities did not immediately make clear why Macy was not charged.

At a hearing before a judge Tuesday afternoon in Los Angeles, Huffman answered "yes" to questions from the judge and acknowledged she understood the charges against her. Macy watched silently from the front row of the courtroom.

Huffman was released from custody Tuesday night after the judge approved a $250,000 bond for the actress. 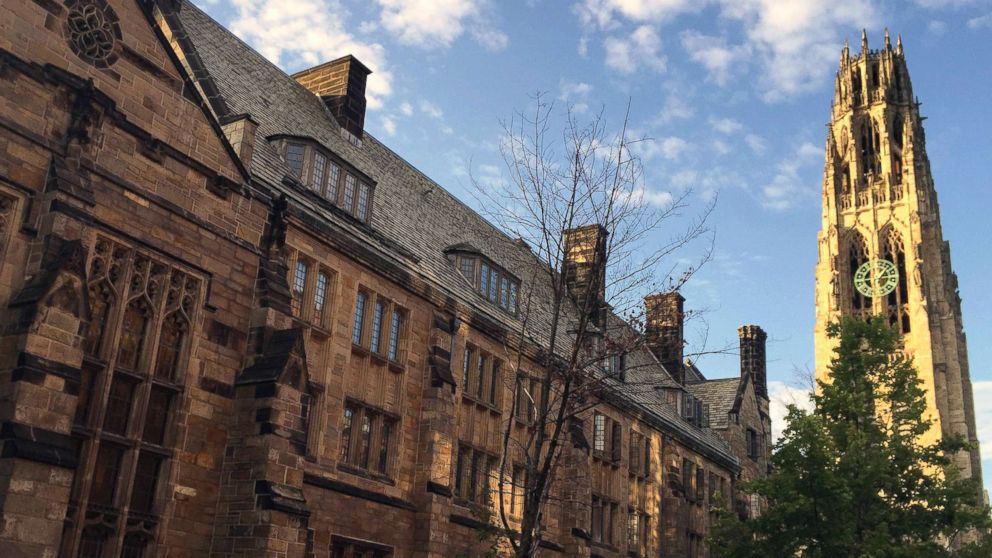 "The parents are a catalog of wealth and privilege," Lelling said. "They include, for example, the CEOs of private and public companies, successful securities and real estate investors, two well-known actresses, a famous fashion designer and the co-chairman of a global law firm."

Lelling said in many of the cases, Singer allegedly bribed the coaches, who "agreed to pretend that certain applicants were recruited competitive athletes when, in fact, the applicants were not."

The coaches allegedly "knew the students' athletic credentials had been fabricated," according to Lelling.

He said Singer allegedly worked with the parents to "fabricate profiles for their kids, including fake athletic credential and honors, or fake participation in elite club teams."

Singer, 58, allegedly even had parents stage photos or Photoshopped pictures of their children participating in sports. 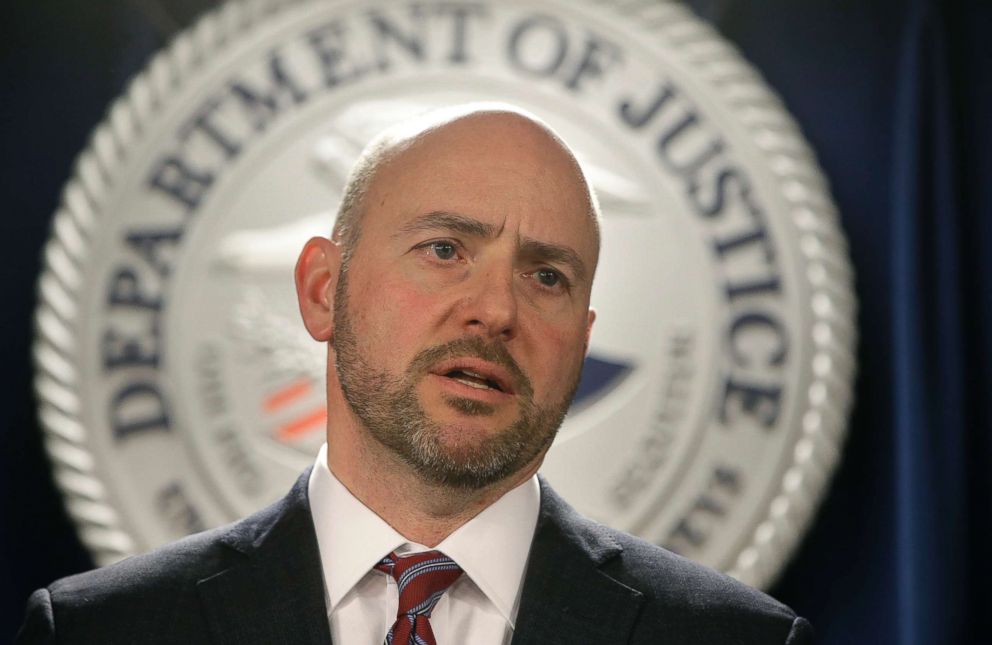 In one case highlighted by federal prosecutors, the former head women’s soccer coach at Yale University, Rudolph "Rudy" Meredith, 51, was paid $400,000 to accept a student even though the applicant did not play soccer. The parents of that student had paid Singer $1.2 million.

Other elite schools named in the scam were the University of Texas, UCLA and Wake Forest.

Joe Bonavolonta, special agent in charge of the FBI Boston Field Office, said 300 special agents fanned out across the country early Tuesday and arrested 38 people. He said seven other suspects were working to surrender to authorities and one is being actively pursued.

Huffman was arrested at her home in Los Angeles, while Loughlin, who is in Canada, has yet to be taken into custody, sources told ABC News.

USC President Wanda M. Austin addressed the scandal in a letter to the university community.

"The federal government has alleged that USC is a victim in a scheme perpetrated against the university by a long-time Athletics Department employee, one current coach and three former coaching staff, who were allegedly involved in a college admissions scheme and have been charged by the government on multiple charges," Austin wrote.

"It is immensely disappointing that individuals would abuse their position at the university in this way," Austin said in the letter. "We will continue to cooperate fully with all law enforcement regulatory investigations."

"The university has retained outside legal counsel to look into this matter," school officials said. "Wake Forest has placed Ferguson on administrative leave."

The nationwide scheme was prosecuted in Boston partly because it was uncovered by FBI agents working there on an unrelated case, officials said. Fake test scores were submitted to Boston College, Boston University and Northeastern University, officials said, but none of those schools were named in the indictment.

In most cases the students did not know their admission was contingent on a bribe, officials said.

According to the charging papers, Huffman "made a purported charitable contribution of $15,000 ... to participate in the college entrance exam cheating scheme on behalf of her eldest daughter."

"Huffman later made arrangements to pursue the scheme a second time, for her younger daughter, before deciding not to do so," the documents allege.

Federal agents secretly recorded telephone calls with Huffman and a cooperating witness, according to the court papers.

(MORE: Student claims she was accused of cheating on SAT after her exam was held for review)

The documents say Loughlin -- best known for her role as Aunt Becky on the ABC sitcom "Full House" -- and her husband, fashion designer Mossimo Giannulli, "agreed to pay bribes totaling $500,000 in exchange for having their two daughters designated as recruits to the USC crew team -- despite the fact that they did not participate in crew -- thereby facilitating their admission to USC." 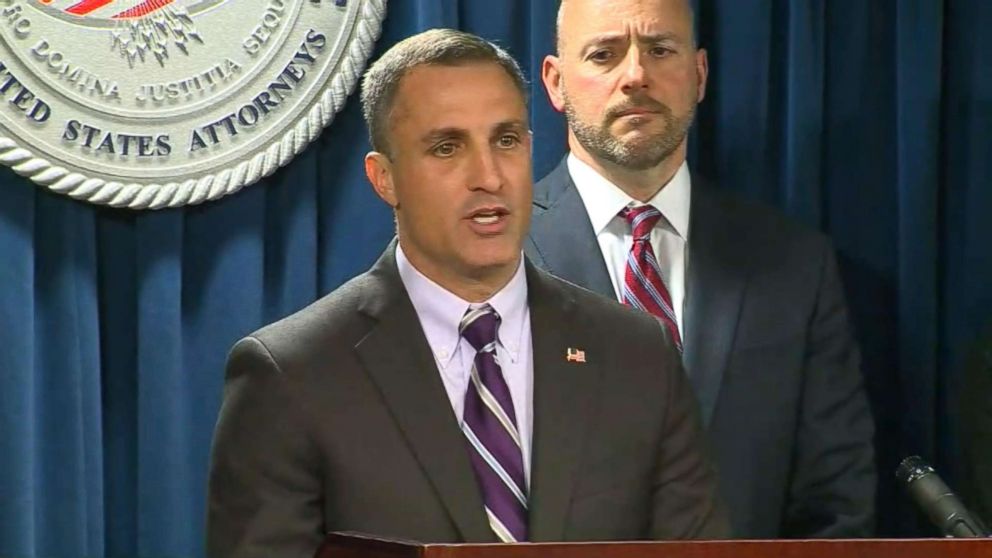 Federal agents obtained emails from Loughlin implicating her in the scam, according to the documents.

Federal authorities ultimately had three cooperating witnesses to help them build their case.

"Today's arrests should be a warning to others: You can't pay to play, you can't cheat to get ahead because you will get caught," Bonavolonta said.