A University of Virginia football player is speaking out after surviving a shooting that killed three of his teammates, telling "Good Morning America" co-anchor Michael Strahan he's "doin' it for my brothers I lost."

Running back Michael Hollins Jr. said he and another teammate initially got off the bus on Nov. 13 when they heard gunshots break out, but then he realized they were the only two who had been able to run away.

"It was just literally an instinct and a reaction to go back," he told Strahan in an interview airing Thursday morning on "Good Morning America."

MORE: Slain University of Virginia football players had 'unbelievable' futures ahead of them, coach says

Hollins said he was "just three or four steps on the bus" when he saw the suspect coming off.

"I felt so hopeless and so powerless in that moment," he said. "I felt him hit me in my back. But I just, I knew I wasn't goin' down without a fight."

Christopher Darnell Jones Jr. is accused of opening fire on the loaded charter bus, killing three football players and injuring two other classmates. He's charged with three felony counts of second-degree murder and two felony counts of malicious wounding, among others, and has yet to enter a plea.

Hollins thinks he was hit in the small intestines and kidney, he said. "By the grace of God, it missed my spine by I think 2 centimeters or something like that," he said.

Hollins said he went straight into surgery and didn't find out about his teammates who were killed -- wide receivers Lavel Davis Jr. and Devin Chandler and linebacker D'Sean Perry -- until two days later. 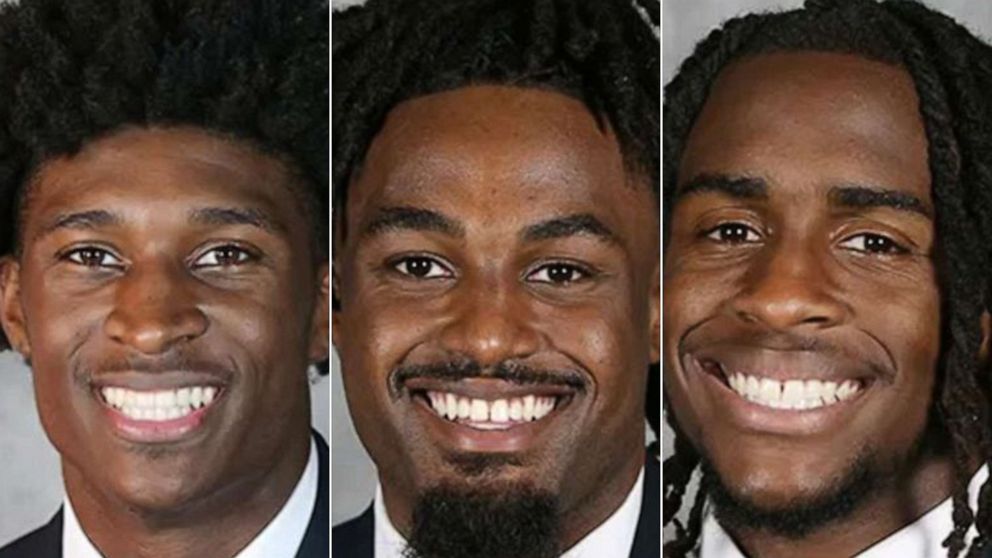 "I've never cried like that before. I mean, I really, I lost a brother that day," Hollins said, saying he loved his teammates "with all my heart," but Perry -- "that was my brother. So, it was tragic hearin' that he was gone."

In the wake of the tragedy, Hollins said he's sharing his emotions and isn't afraid to tell his friends or teammates "I love you" and "'lookin' forward to seeing you again,' and really meanin' it now."

"I'm still doin' it for the people I love, for the people that were on that bus. And everything I do from here on will be, you know, in their name, in their light. And I just want to do as much as I can to keep their, you know, their flame lit," he added.