After years of training for the Tokyo 2020 Olympic Games, many athletes will have to wait a bit longer to jump back into the pool or lace up their cleats to take the pitch now that the International Olympic Committee announced the 2020 Tokyo Summer Games have been postponed due to the coronavirus pandemic.

But two veteran Olympians who have taken the news in stride, Ryan Lochte and Carli Lloyd, are ready to adjust their training and said they will be ready as ever to compete when the time comes.

Lochte, who has 12 Olympic medals under his belt -- six gold -- said this is bigger than any of the athletes.

"Training will never be perfect, and there's always going to be something like a bump in the road, and that's how us athletes train, and this is just another bump in the road," Lochte told "Good Morning America" via Skype from his home in Florida on Wednesday. 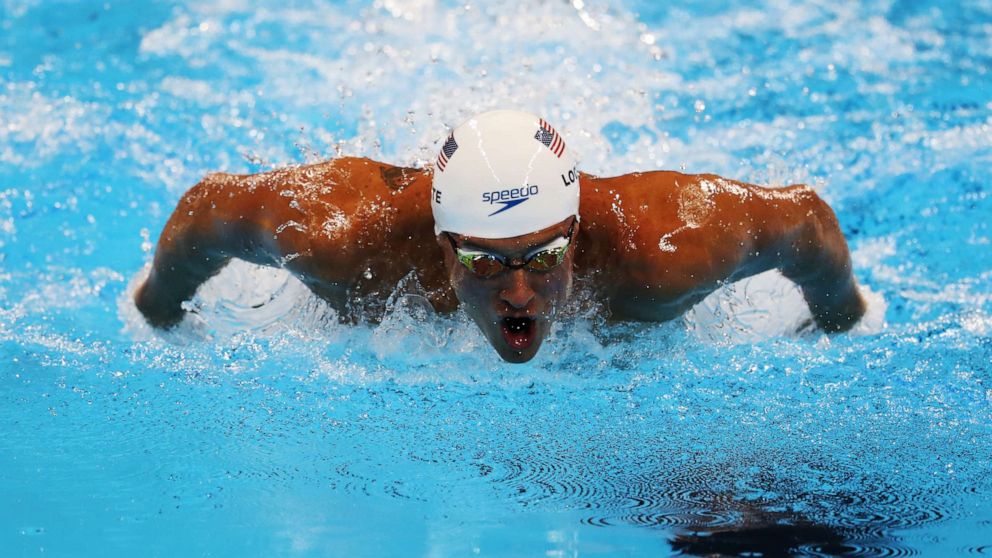 "The Olympics are not canceled. They're just postponed. So now you have to adjust your training for another year, and just -- trust the process," he continued. "Everything happens for a reason."

MORE: Tokyo Olympics postponed, will be held 'by the summer of 2021': Japanese PM 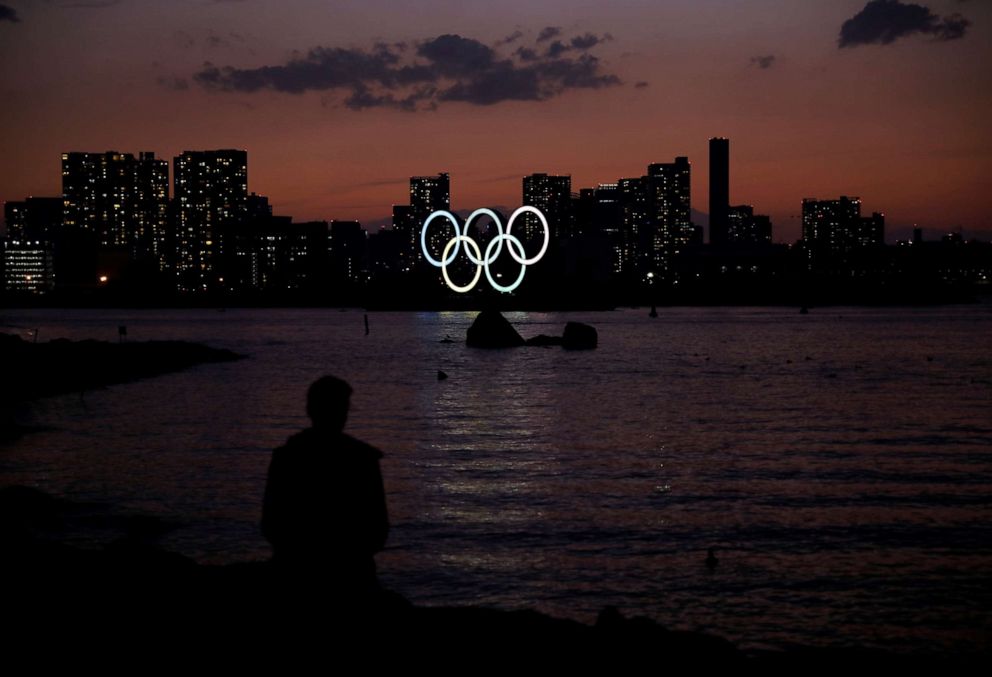 Issei Kato/Reuters
The giant Olympic rings are seen in the dusk at the waterfront area at Odaiba Marine Park in Tokyo, Japan, on March 22, 2020.

The games, which were originally set to kick off in Tokyo on July 24, "will be held by the summer of 2021," Japanese Prime Minister Shinzo Abe announced Tuesday.

Athletes across the globe have trained their whole lives to compete on the greatest stage in sports, and while the current setback is disheartening, Lochte said it is bigger than just him and his competitors. 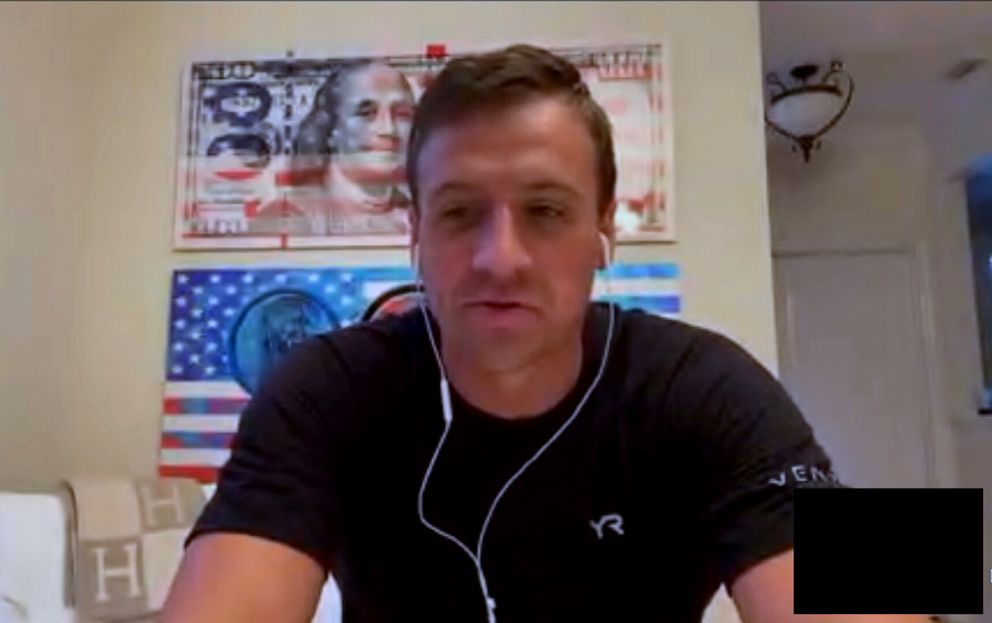 ABC News
Ryan Lochte explains how he will adjust after the IOC announced the 2020 Tokyo games would be postponed.

"As soon as I saw it I was disappointed. I mean, I have trained four years for this moment, and this is probably one of my biggest Olympics -- that I have ever had in my career," Lochte said. "But this is bigger than me, this is bigger than the Olympians. This is affecting the entire world. And right now our main thing is staying safe and staying healthy."

Until the COVID-19 crisis is resolved, Lochte, 36, said he is spending lots of time "deep cleaning the house," adding more dry land training to his routine and enjoying time with his family during this stay-at-home period.

"We're going on family walks, and since all the pools are closed, I can't be swimming right now, but I'm doing a lot of ab workouts and stuff like that," he said.

The IOC said the historic first-time move to postpone the games was made to safeguard the health of the athletes, everybody involved in the Olympic Games and the international community.

The two-time FIFA World Cup champion, who has played on the USWNT for 15 years, had previously said she would assess the future of her career after the 2020 Olympic Games in Tokyo. Now, she says she’s excited for the opportunity to play into 2021. 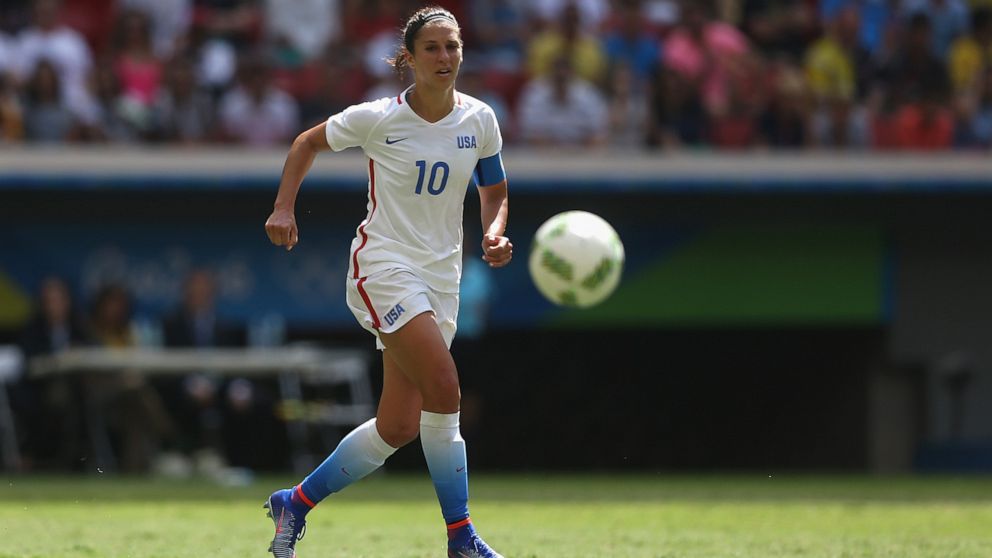 Celso Junior/Getty Images, FILE
Carli Lloyd of the U.S. moves the ball against Sweden in the first half during the Women's Football Quarterfinal match at Mane Garrincha Stadium on Day 7 of the Rio 2016 Olympic Games, August 12, 2016 in Brasilia, Brazil.

“It’s going to give me another year to really leave it all out on the field,” she said. “I wasn't sure what I was going to do, but another year sounds pretty good.”

Lloyd, who is the only player to score the winning goals in two Olympic finals, also explained how the novel coronavirus pandemic will change the way in which she and her teammates prepare. 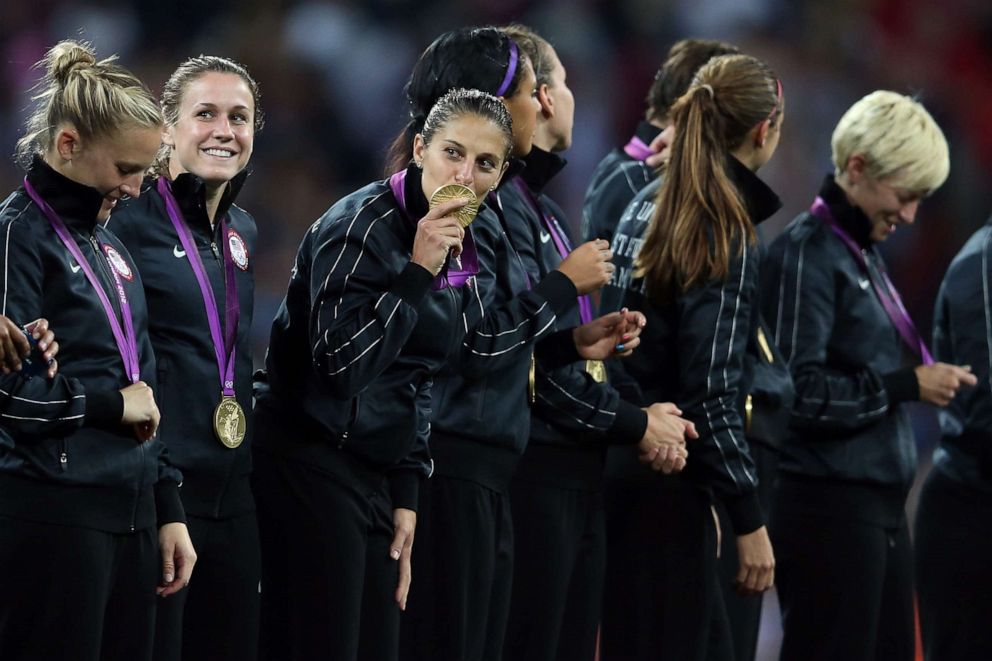 Julian Finney/Getty Images, FILE
Carli Lloyd of the U.S. kisses her gold medal after defeating Japan by a score of 2-1 to win the Women's Football gold medal match on Day 13 of the London 2012 Olympic Games at Wembley Stadium, August 9, 2012 in London.

“There will have to be some schedule changes -- our April games were cancelled -- so we don't really have anything on the schedule until June,” she said.

Until that time, Lloyd said she’ll adjust her training at her home gym and in areas where she can workout alone.

“I find some grass in my yard and do what I can there, and I have some trails in my neighborhood where I go and run alone,” she said. “It kind of [takes some] adapting, but I'm taking advantage of the mental recharge and I’ll be ready to get back out [when things] get back to normal.”