Megan Thee Stallion, H.E.R. and Jazmine Sullivan were among the big winners at the 2021 BET Awards, which aired live Sunday night from the Microsoft Theatre in Los Angeles, California.

Actress Taraji P. Henson hosted the star-studded event, which honors the best and the brightest in Black music, culture and entertainment.

This year's theme was "Year of the Black Woman."

MORE: Cardi B announces she is pregnant with her 2nd child at 2021 BET Awards

After a performance of her new song, “Thot S---,” Megan took home three of the biggest awards of the night: best female hip hop artist, viewer's choice award for the "Savage" remix featuring Beyonce and video of the year for her "WAP" collaboration with Cardi B.

You voted, we listened congrats to @theestallion on winning the viewer's choice award. #BETAwards #CulturesBiggestNight pic.twitter.com/SfKmQbFTmj

Meanwhile, Cardi B surprised everyone by revealing her baby bump while performing “Type S---" alongside her husband Offset and Quavo and Takeoff of Migos.

This marks Cardi’s second child with husband Offset and her second time announcing her pregnancy on a live television show. Cardi announced her first pregnancy with the couple’s now 2-year-old daughter, Kulture, on "Saturday Night Live" in 2018.

MORE: Chloe Bailey discusses her admiration for Nina Simone and her take on 'Feeling Good'

H.E.R., who wowed the audience with a show-stopping performance of "We Made It," also won the award for best female R&B/pop artist.

Jazmine Sullivan brought out Rep. Maxine Waters and Ari Lennox during her performance. Sullivan also gave a heartfelt speech thanking her mother and all Black women after winning the award for album of the year for "Heaux Tales."

"This award is bigger than me," Sullivan said during her acceptance speech. "It’s for all the women, all the Black women that are amazing and strong, that have inspired me all my life. I’m so glad that I was able to tell part of our stories. I hope I did y’all proud."

MORE: Singer Jazmine Sullivan explains how she plans to bring Soul back to R&B

In addition to performances, Henson kept the audience lively with celebratory comments about the impact of Black women. Henson also dressed up as Erykah Badu, Tina Turner and other inspiring women throughout the show.

Female emcees Rapsody, Lil Kim, MC Lyte and Monie Love celebrated the artist and actress "who has been creating magic for decades" by performing her notable singles, "U.N.I.T.Y." and "Ladies First."

"I want to thank BET for creating an outlet for beautiful Blackness to thrive and shine," said Latifah during her acceptance speech. 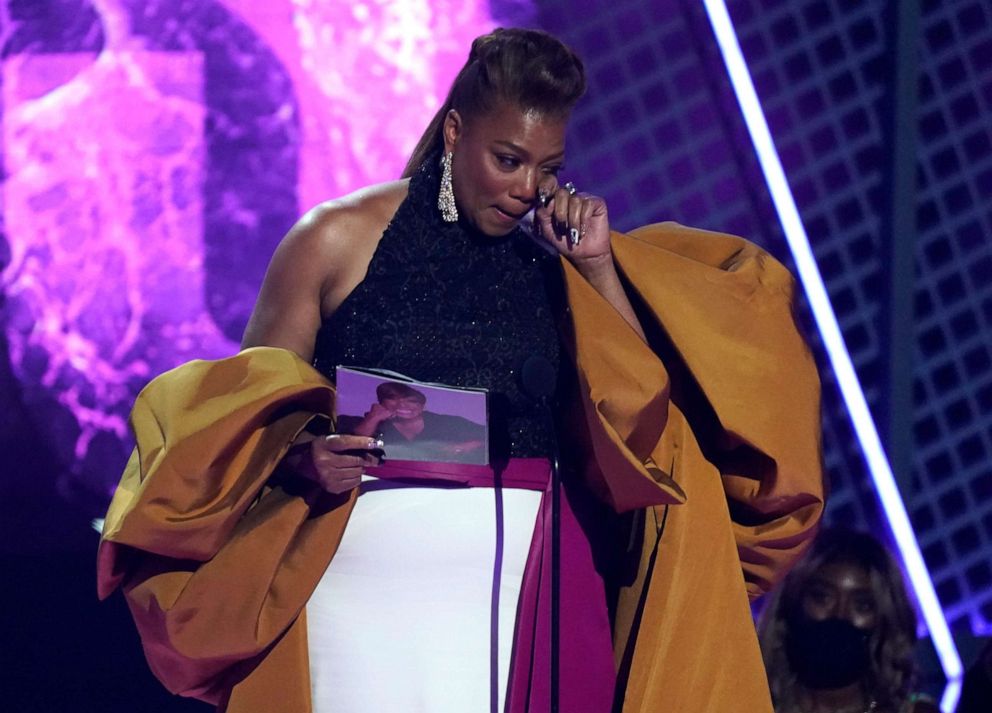 Chris Pizzello/Invision/AP
Queen Latifah accepts the lifetime achievement award at the BET Awards on Sunday, June 27, 2021, at the Microsoft Theater in Los Angeles.

Video of the Year

Sportswoman of the Year Award

Sportsman of the Year Award

Video Director of the Year