Beyoncé, Taylor Swift and Megan Thee Stallion took home some of the biggest awards at the 63rd Annual Grammy Awards on Sunday.

Beyoncé made history when she became the female artist with the most Grammy wins with her 28th win. She passed the previous record holder, Alison Krauss, who has 27 wins.

Trevor Noah hosted Sunday's show from the Los Angeles Convention Center. The show was originally scheduled to take place on Jan. 31 but was postponed due to COVID-19 concerns after a surge in cases in Los Angeles County.

Record of the Year

Song of the Year 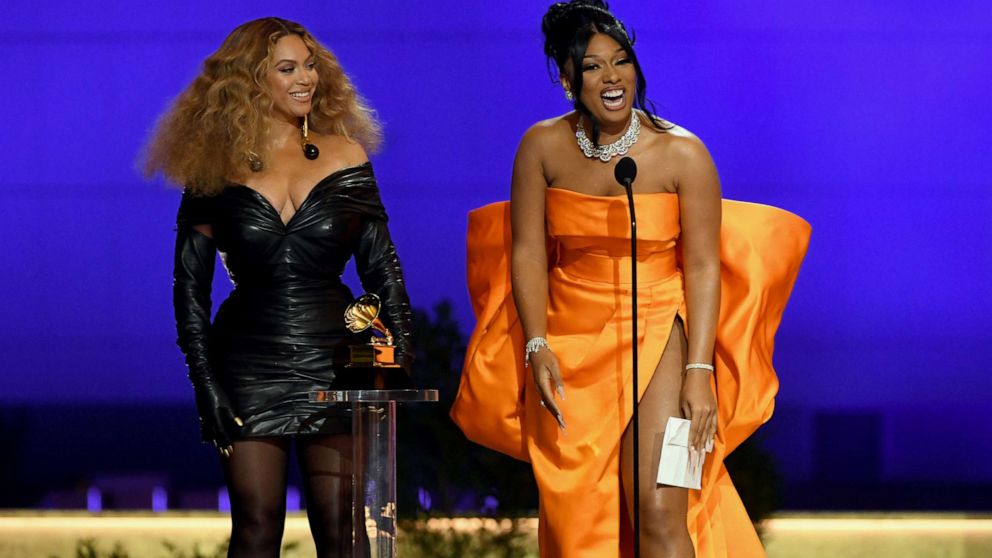 For the full list of winners from all categories, go to Grammys.com.