By Andrea Tuccillo, Andrea Dresdale, Danielle Long
Video by Brittany Berkowitz
Share —
Sign up for our newsletters to get GMA delivered to your inbox every morning!

The 2022 MTV Video Music Awards, held Sunday night at the Prudential Center in Newark, New Jersey, was a star-studded event.

The event was hosted by LL Cool J, Nicki Minaj and Jack Harlow and kicked off with the "First Class" rapper bringing out Fergie to perform the hit song with him. 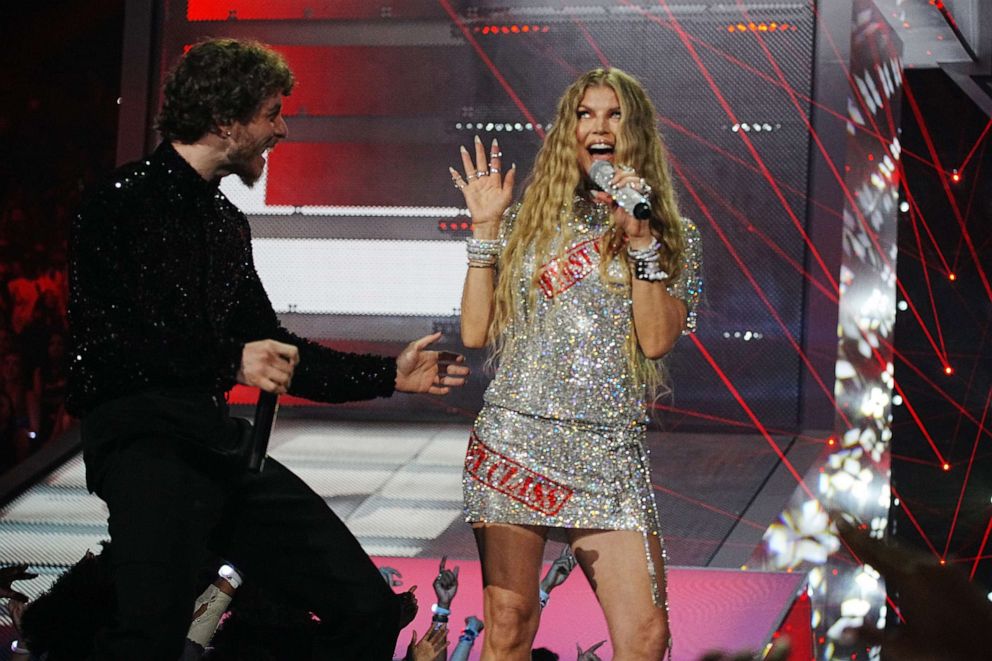 Jeff Kravitz/Getty Images for MTV/Paramount G
Jack Harlow and Fergie perform on stage at the 2022 MTV VMAs at Prudential Center on Aug. 28, 2022 in Newark, N.J.

Next up was Lizzo, who performed her records "About Damn Time" and "2 Be Loved."

Others to take the stage included Khalid, Eminem and Snoop Dogg. One of the most elaborate performances came from Minaj, who took home one of the night's highest honor as the recipient of the MTV Video Vanguard Award. 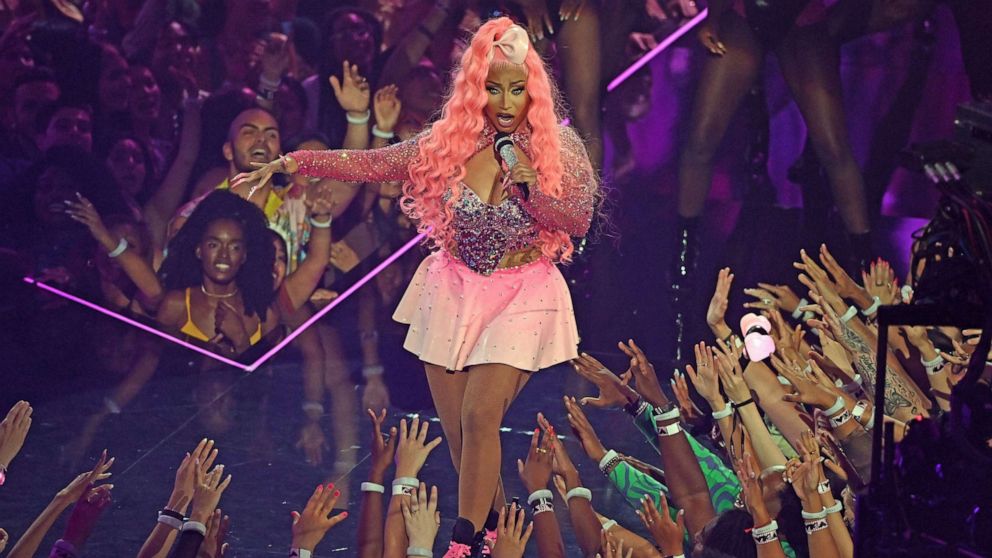 Doug Peters/PA Images via Getty Images
Nicki Minaj performs on stage at the 2022 MTV VMAs at Prudential Center on Aug. 28, 2022 in Newark, N.J.

During her acceptance speech, Minaj thanked everyone who had a role in her career and urged people to take care of their mental health.

"I wish Whitney Houston and Michael Jackson were here," she shared. "I wish people understood what they meant and were going through. I wish people took mental health seriously."

Minaj wasn't the only one to take a moment to speak up about important issues. While accepting the Video for Good award, Lizzo stressed the importance of voting. 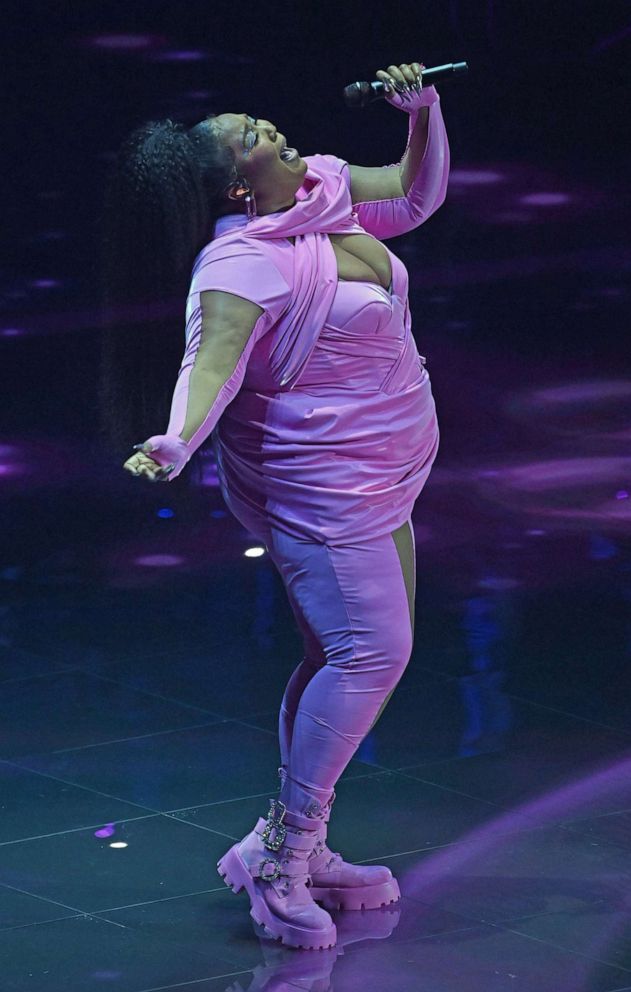 Doug Peters/PA Images via Getty Images
Lizzo performs on stage at the 2022 MTV VMAs at Prudential Center on Aug. 28, 2022 in Newark, N.J.

Taking the stage with her cinematographer and producer, she thanked fans for "this beautiful indication that we did something right," and also thanked stars Sadie Sink and Dylan O'Brien. 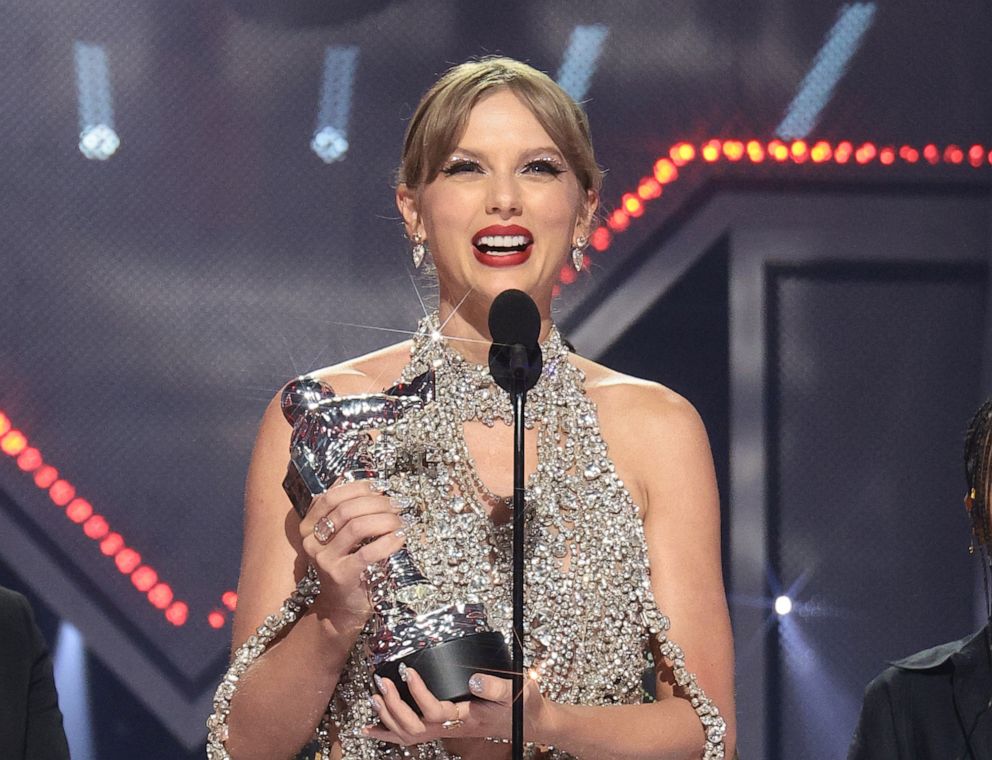 Dimitrios Kambouris/Getty Images for MTV/Paramount Global
Taylor Swift accepts the Video of the Year award onstage at the 2022 MTV VMAs at Prudential Center on Aug. 28, 2022 in Newark, N.J.

"All Too Well" also took home two other notable awards, Video of the Year and Best Direction.

Here's a full list of winners from the show:

VIDEO OF THE YEAR

ARTIST OF THE YEAR

SONG OF THE YEAR

Billie Eilish -- "Happier Than Ever"

ALBUM OF THE YEAR

PUSH PERFORMANCE OF THE YEAR

GROUP OF THE YEAR

Måneskin -- "I WANNA BE YOUR SLAVE"