Rapper A$AP Rocky appeared in a downtown Los Angeles courtroom on Wednesday to enter a not guilty plea on assault charges in connection with a November 2021 shooting in Hollywood.

The hip-hop star, whose legal name is Rakim Mayers, was charged on Monday with two counts of assault with a semi-automatic firearm for allegedly firing a handgun twice in the direction of the victim during a confrontation, according to Los Angeles County District Attorney George Gascón.

The alleged assault with a firearm was against a former friend of Mayers and took place in Hollywood on Nov. 6, 2021, according to prosecutors. 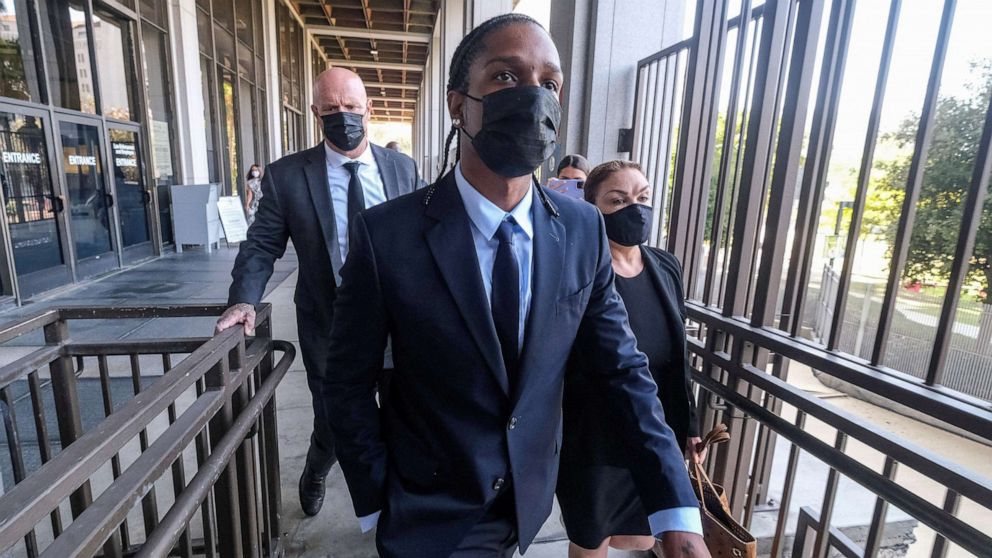 Ringo Chiu/Reuters
Rapper A$AP Rocky, also known as Rakim Mayers, leaves after his arraignment hearing on charges of assault with a firearm, in Los Angeles, Aug. 17, 2022.

"Discharging a gun in a public place is a serious offense that could have ended with tragic consequences not only for the person targeted but also for innocent bystanders visiting Hollywood," Gascón said in a statement on Monday. "My office conducted a thorough review of the evidence in this case and determined that the addition of a special firearm allegation was warranted."

ABC News reached out to the rapper's representatives and his attorneys but requests for comment were not immediately returned.

The charges come after the rapper was arrested for an alleged assault with a deadly weapon on April 20 at Los Angeles International Airport in connection to the 2021 shooting.

He was released on bond Wednesday afternoon shortly after he was booked, according to the LA County Sheriff's Jail database. His bond was set at $550,000.

The Los Angeles Police Department's Robbery/Homicide Division is continuing to investigate the incident, according to the district attorney's office. 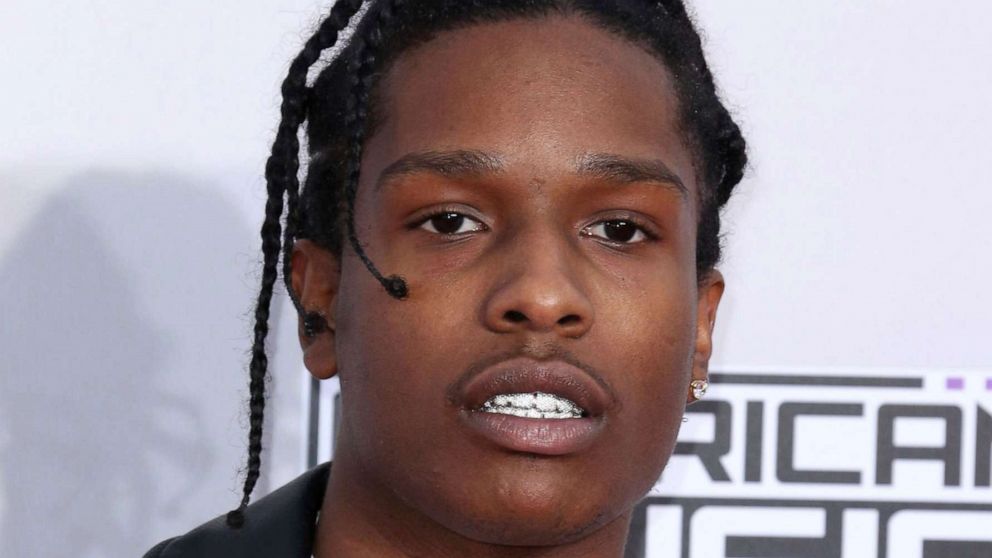 zz/RE/Westcom/STAR MAX/IPx via Getty Images, FILE
Rapper A$AP Rocky attends the 2014 American Music Awards held on Nov. 23, 2014 in Los Angeles. Rapper A$AP Rocky is charged with felony assault with a firearm in connection with a Nove. 2021 shooting in Hollywood, Calif.

The DA's office did not disclose the victim's name when announcing the charges, but earlier this month Mayers' childhood friend and colleague in the music industry, rapper A$AP Relli, came forward as the victim of the alleged assault.

A$AP Relli, whose legal name is Terrell Ephron, was a member of the rap crew A$AP Mob with Mayers. He filed a civil lawsuit last week against Mayers, alleging that he was "injured physically and mentally" due to the shooting, Ephron's attorney Jamal Tooson told ABC News in a phone interview Wednesday.

"It was unprovoked, it wasn't in self defense. It was unjustified," Tooson said of the alleged assault against his client.

"It's terrifying, it's shocking," Tooson added. "[Ephron] is emotionally traumatized. He is in a constant state of fear."

According to Tooson, his client has received "a tremendous amount of threats on his life" on various platforms, including social media, since his identity was confirmed. 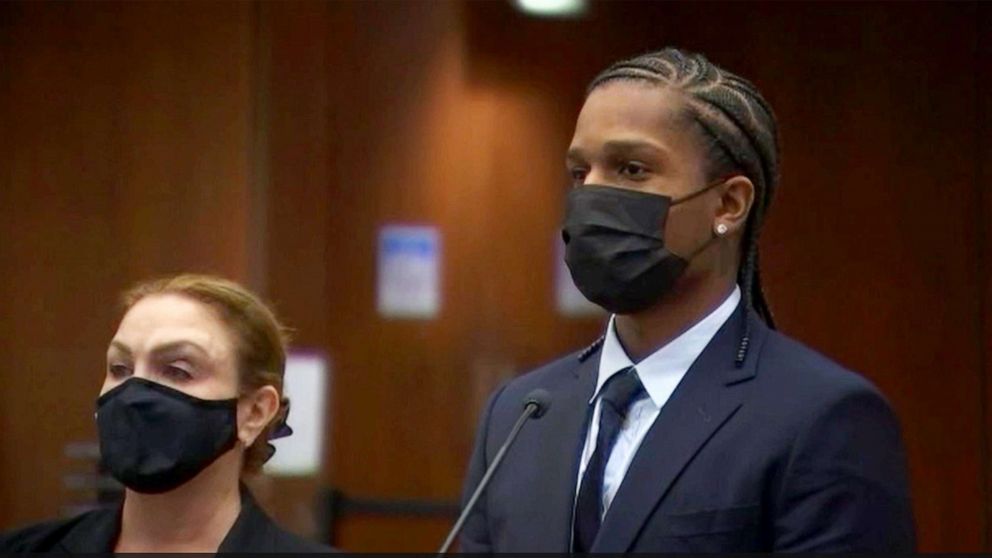 A criminal protective order prohibiting Mayers from having contact with Ephron was issued in court on Wednesday as part of the conditions of Mayers' bond.

The next hearing in the case was set by the judge for Nov. 2.

Mayers was previously involved in a high-profile legal battle in 2019 when he was convicted of assault after being involved in a street fight in Stockholm. The rapper, who was facing up to two years in prison, did not face jail time but had to pay a fine to the victim.