Adam Sandler was in attendance at the 2022 Gotham Awards in New York City Monday night, but his teen daughters Sadie and Sunny were not -- and yet they managed to bring the house down nonetheless.

Sandler explained that they wrote his acceptance speech for one of the night's two performer tributes and dictated he must perform it in "that goofy Southern accent" he "always" does.

Addressing the "well-dressed dignitaries, highly educated hipsters and various other plus-ones of the Gotham Awards," the pair explained in the speech. "Just know while daddy is with you tonight, we're doing everything we're not allowed to do when daddy's home, like ... dare we say, laugh out loud at Ben Stiller movies."

"The last time daddy caught us chuckling away at the 'Meet the Parents' trilogy, he immediately stormed into the room he calls 'The Screaming Room,' which we just call 'the shower,' and bellowed out the phrase, 'Only the Sandman makes people laugh. F--- every other comedian,'" Sandler said, quoting his girls.

The speech continued, with Sandler cracking up as he read it. His daughters also joked about how much being honored with this lifetime achievement award meant to their dad.

"It means a lot to him seeing as most of the awards on his trophy shelf are shaped like popcorn buckets, blimps or fake mini Oscars that say 'Father of the Year,' which he sadly purchased himself while wandering in a self-pitying fog through the head shops of Times Square," they wrote. 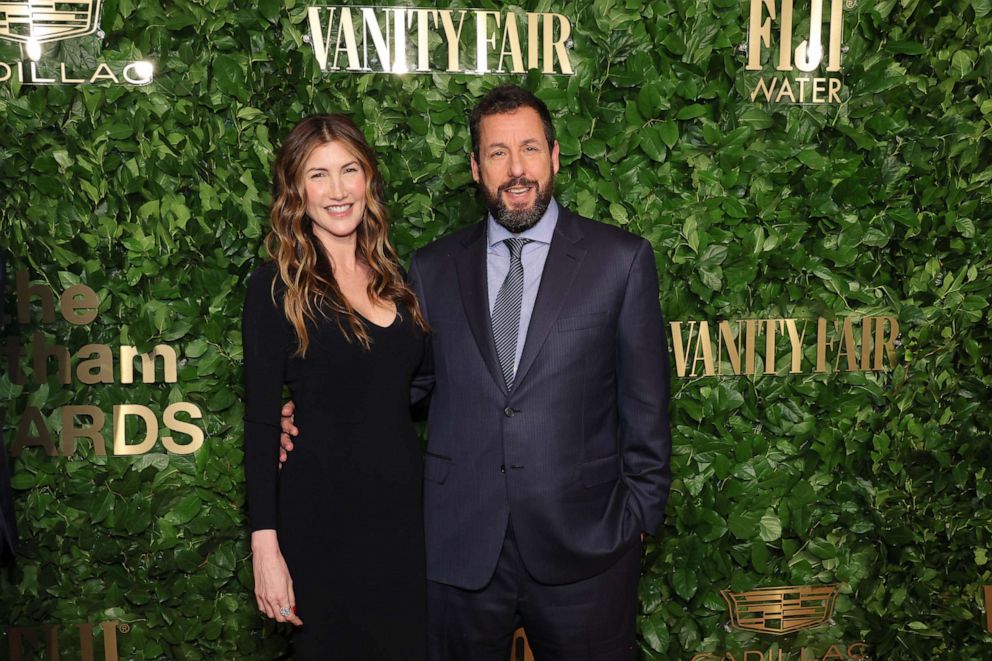 The pair looked back at their dad's long list of iconic films throughout his career, explaining it was "formed by two guiding principles: People in prison need movies, too, and TBS needs content to show between all them f------ basketball games."