By Hyerim Lee
Share —
Sign up for our newsletters to get GMA delivered to your inbox every morning!

They are the first K-pop girl group ever to perform in the series.

"We are happy to be the first K-pop girl group to perform on the 'GMA' Summer Concert Series and meet international fans through this opportunity," lead aespa member KARINA told ABC News. 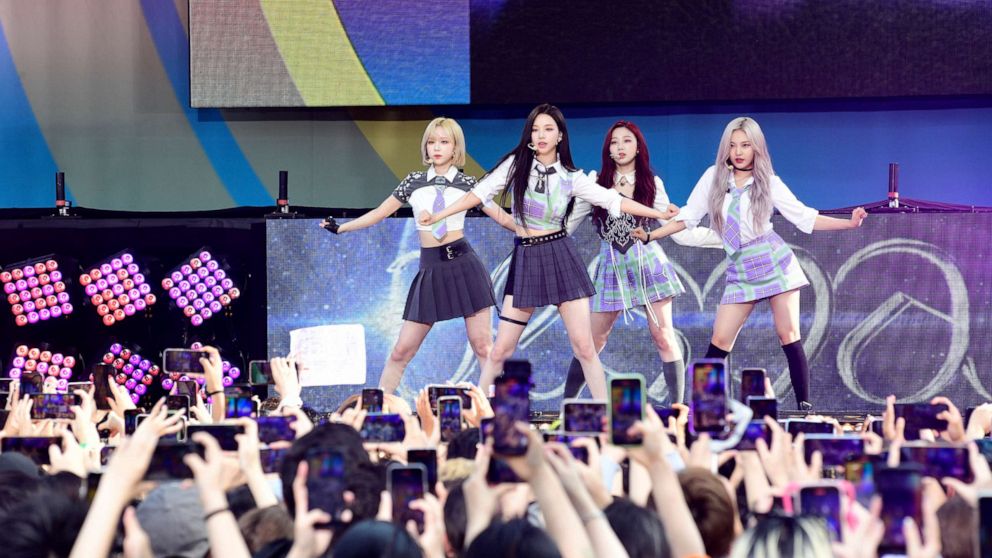 Fellow member NINGNING added, "We heard the series was held hybrid due to the pandemic for the past two years. Hoping for a safe future where we can continue to have in-person events, we'll bring our lively energy to the show."

The group debuted in November 2020 under the K-pop powerhouse SM Entertainment. They are a hybrid metaverse girl group with four members -- GISELLE, KARINA, NINGNING and WINTER -- from multicultural backgrounds, and each has an avatar counterpart.

In less than two years, the quartet has made waves with a string of consecutive mega-hits "Black Mamba," "Next Level," "Savage" and "Dreams Come True." They made their official U.S. festival debut performing on the Coachella main stage last April and were recently named one of TIME's "Next Generation Leaders" in May. The quartet also reached new heights when they spoke at the United Nations on July 5, following in the footsteps of K-pop megastars BTS.

While aespa have proven to be all-rounders, each member has their distinctive talents and character. 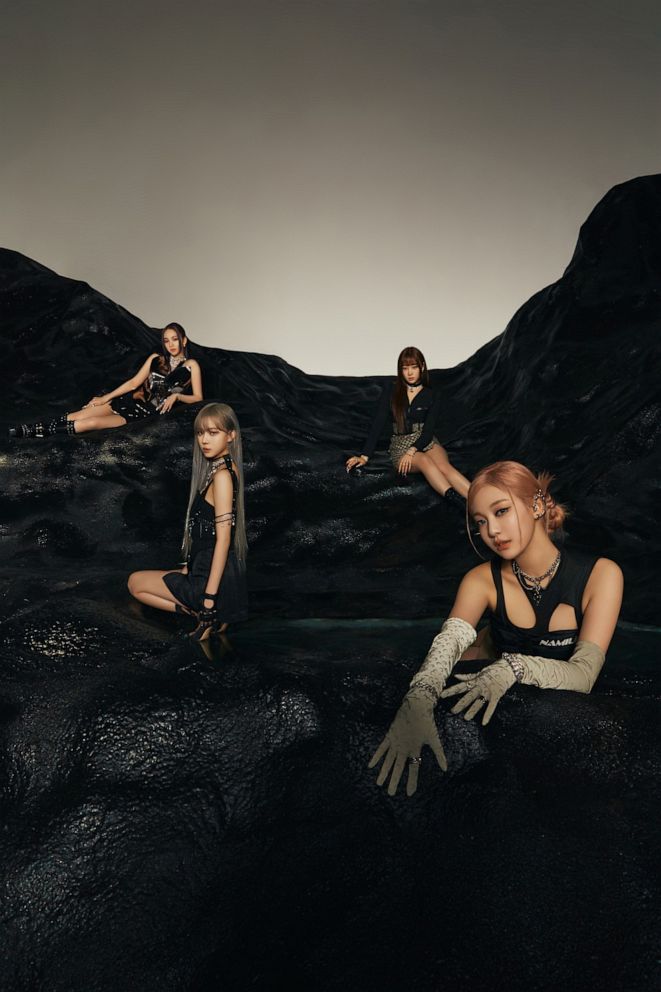 Born in South Korea, KARINA is the leader of the group and main dancer. She is known for her charismatic stage presence and visuals often compared to video game characters. GISELLE is aespa's Japanese member and is a rapper fluent in Korean, Japanese and English. Her strong rap skills captivate fans along with her elegant style and quirky personality.

Also from South Korea, WINTER covers the highlights of aespa's songs with her piercing, memorable voice. NINGNING, from China, is a singer and the group's youngest member; fans say her voice sounds like a Disney princess.

The group's highly anticipated second mini-album, "Girls," is out July 8, and aespa will be promoting their new EP overseas this summer.

Aespa's explosive popularity has roots in not only their sensational music but also the concept of a metaverse.

Akin to the Marvel Cinematic Universe, the SM Culture Universe is SM Entertainment's mythological shared universe in which all artists under the label partake in a role.

In the SMCU, each aespa member is assigned their own superpower -- GISELLE has xenoglossy (the ability to speak and understand an unacquired language), KARINA is the rocket puncher, NINGNING is the hacker and WINTER is the armamenter. Their songs tell the story of aespa and their avatar alter-egos, which were introduced in a mini-film, "ep1. 'Black Mamba,'" released in May 2021. 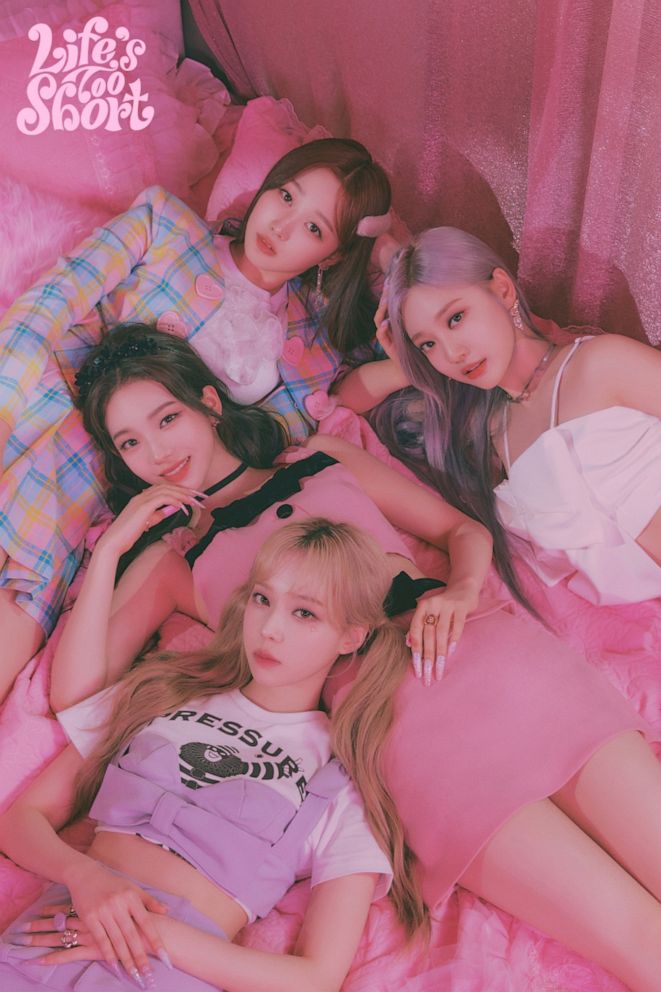 The second mini-film in the SMCU, "ep2. 'Next Level,'" released June 20, expanded aespa's unique worldview and storyline. In this short film, the four members embark upon a journey to track down their missing avatar alter-egos. They venture into a space known as the KWANGYA within the SMCU to find the reason behind the disconnection between the real world and virtual world.

The group's story in the SMCU, however, presents something more than a fantastical and futuristic alternative universe. aespa, ranging in age from 19 to 21, conveys a deeper message about the struggles younger generations face in the digital world, such as cyberbullying, obsession with social media and perfectionism.

"We hope to connect with a global audience and spread a positive message through our music," aespa's GISELLE told ABC News.

In the recently released SMCU mini-film, the antagonist tries to demoralize each member by materializing their worst fears. GISELLE appears distressed as a horde of cameras encroach upon her personal boundaries, reflecting the lack of privacy in the digital world. KARINA confronts her insecurities about her looks and fear of aging as her avatar alter-ego gloats about her eternal beauty and youth. NINGNING gets spiked by hate comments depicted as thorny angry emoticons, while WINTER walks across a dark corridor where rumors about her personality and skills echo off the walls.

"Millennials and Gen Z appear to have stronger needs to express themselves and feel as if they are happier or more special than others. Social media enables unlimited access to other people's lives, which causes the younger generation to compare themselves to others, eliciting unhappiness," Woojae Myung, associate professor at the Department of Neuropsychiatry at Seoul National University Bundang Hospital, told ABC News. 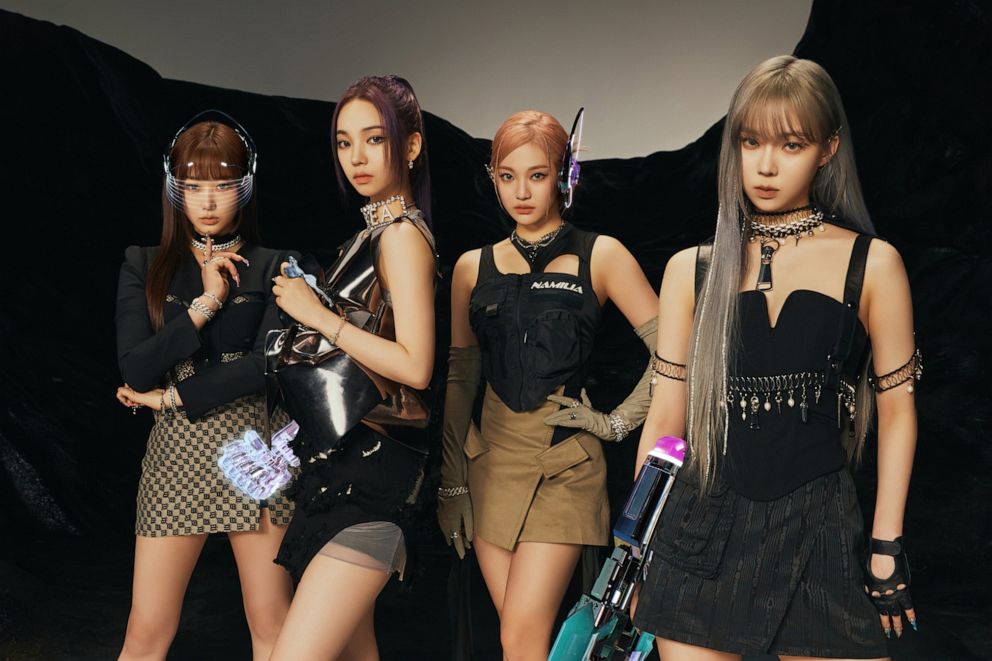 "Against this phenomenon, we are also witnessing a return to blogs, where the younger generation can express themselves without the pressure of receiving likes and being self-conscious of other people's reactions. Many millennials and Gen Z members are distressed by the lifestyle that places importance on appearance rather than personal growth," Young Ki Kim, director of Suji Yonsei Psychiatric Clinic, told ABC News.

The aespa members may have just introduced a paradigm shift into the K-pop industry that goes beyond the metaverse. K-pop is a core part of millennial and Gen Z culture, and the group hopes its far-reaching impact could fuel the younger generation's sense of identity and ignite further discussion on mental health.

"Aespa's worldview unravels the interaction and growth of the members that exist in the real world and their avatar counterparts in the virtual world. I think this storyline will give millennial and Gen Z viewers a sense of comfort as it shows that it is normal to have dilemmas in the digital world -- even popular artists like aespa experience it," Kim told ABC News.