Talk about personal filmmaking. Anna Kendrick has publicly revealed that her own experience with a psychologically abusive relationship drew her to the similarly-themed "Alice, Darling," now opening wide in theaters where its controversial focus is sure to provoke discussion.

Kendrick digs deep into the role of Alice, who seems to be in a fulfilling relationship with her hottie artist boyfriend Simon (Charlie Carrick). But debuting director Mary Nighy, working from an astutely observant script by Alanna Francis, wants us to notice and to sweat the small stuff.

Like Alice twirling her fingers around her hair, pulling strands out by the roots. Or her habit of waking every morning to apply makeup so Simon doesn't see the real her. Or how she jumps out of her skin when the phone rings, thinking it's Simon checking on her. 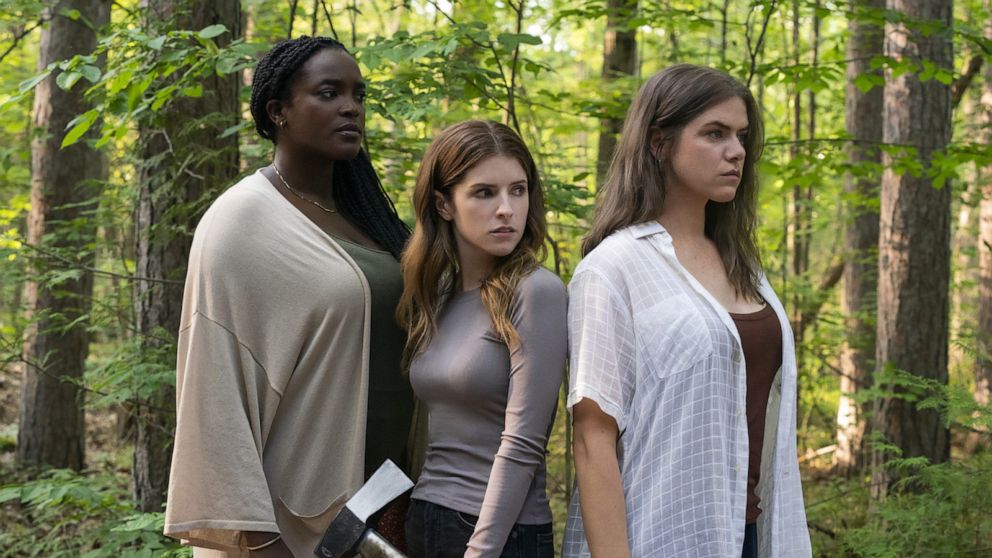 Lionsgate
A scene from the movie "Alice Darling."

"Alice, Darling" makes a point of showing that Simon's ill treatment is not physical, at least not yet. Though successful as an artist, he and his fragile ego need constant massaging, especially from Alice, who as a result is constantly on her guard.

So when her besties, Tess (Kaniehtiio Horn) and Sophie (Wunmi Mosaku), plan a week's getaway at Sophie's remote lake house to celebrate Tess's 30th birthday, Alice lies to the controlling Simon that she is just on a work trip. That leaves her nerves fried to a frazzle,

Ours as well. At first, Alice tries to keep her fears from her friends, but Tess and Sophie are too intuitive and caring for that. They hide her phone and stage their own intervention, which causes tension as Alice panics about revealing her toxic codependency with Simon.

Mixed in with the main story is a subplot about a missing girl in the area whose story resonates so strongly with Alice that she joins a search party to find her, as if she's trying with equal desperation to find herself. 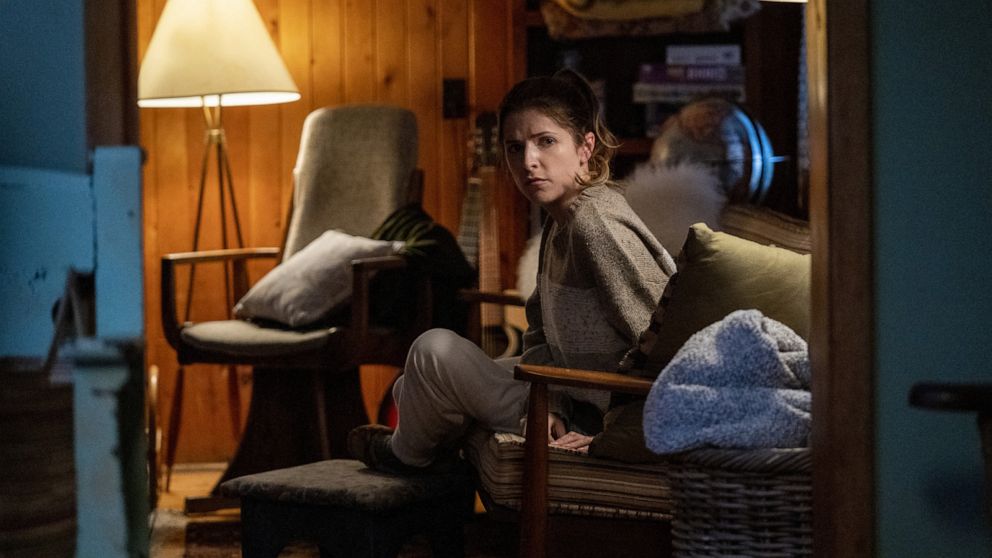 Lionsgate
A scene from the movie "Alice Darling."

From first scene to last, Kendrick -- an Oscar nominee for "Up in the Air" -- seizes a rare dramatic role and keeps you riveted as Alice finally begins to see a way out. As actress and executive producer, Kendrick keeps the film life-sized and free of sensationalism.

Alice is a woman who's allowed a man to make her feel awful about everything from her looks to her weight. She's allowed herself to be defined by his judgement, replacing hers with self-loathing. "He wouldn't love me if he knew how bad I am," she says.

Above all, "Alice, Darling" is a tribute to bonding among women. Pay attention, guys, you might just learn something. Thanks to the indelibly empathetic performances of Kendrick, Horn and Mosaku, the film is alive to the healing force of female friendship in the face of male predation.

Nighy (the daughter of "Living" Oscar contender Bill Nighy) nails every nuance in Alice's relationship with her friends. Nighy is not interested in ginning up a violent retribution plot so common in such films as "Sleeping With the Enemy" and "The Invisible Man." When Simon pays an unexpected visit to the cabin, there's an expectation for bloody hell.

That never happens. Hell lurks inside in "Alice, Darling," which hits on a resonant theme about the invisible scars a woman carries when she's victimized by the violence of the mind.

The subtextual baggage makes the film heavy-going at times. But instead of taking the cheap path of Alice punching Simon's lights out, "Alice, Darling" finds its power in a woman learning to stand her ground with the help of her sisterhood. The result may be quiet, but it's also quietly devastating.