Amazon dropped a new video branding its anticipated J.R.R. Tolkien-based series with an official title: "The Lord of the Rings: The Rings of Power."

The multi-season Prime Video series will tell the tales that happened before Frodo trekked to Mount Doom to destroy the One Ring, as seen in Peter Jackson's Oscar-winning film trilogy -- and even before the "Hobbit" prequel trilogy, too.

In the teaser, molten metal is poured into a mold, but, instead of forging the titular rings, the liquid metal reveals the series' title. While this happens on the screen, a female voice can be heard quoting Tolkien's words:

"Three Rings for the Elven-kings under the sky,

Seven for the Dwarf-lords in their halls of stone,

One for the Dark Lord on his dark throne

In the Land of Mordor where the Shadows lie."

For the uninitiated, the rings were forged by the Dark Lord Sauron, playing the long-game to enslave the world via its varied races. His One Ring, which later falls into the hands of a Hobbit named Frodo, is described in the portion of the passage the teaser omits: "One Ring to rule them all, One Ring to find them, One Ring to bring them all and in the darkness bind them." 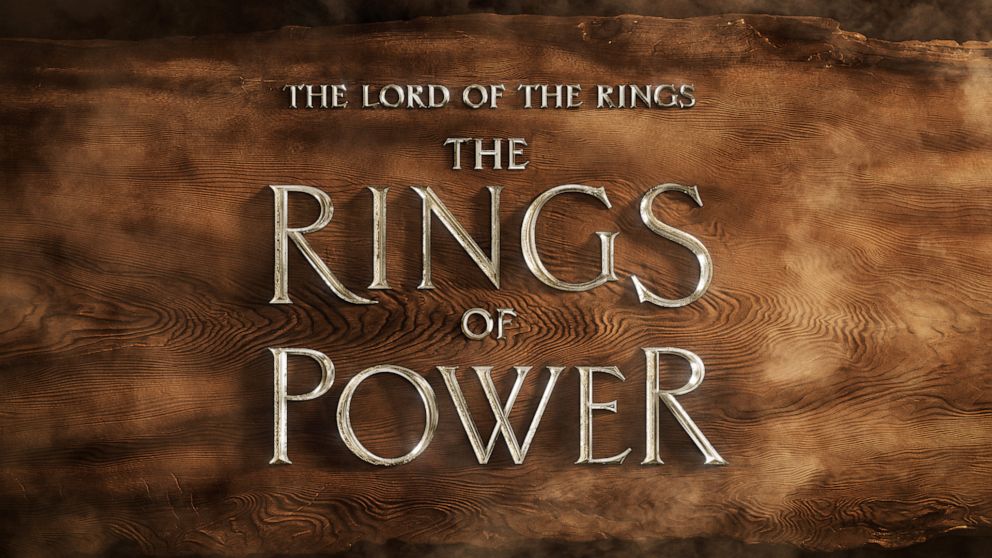 Amazon Studios
A promotional image for Prime Video's "The Lord of the Rings: The Rings of Power" TV show.

"This is a title that we imagine could live on the spine of a book next to J.R.R. Tolkien's other classics," showrunners J.D. Payne and Patrick McKay said in a statement. "The Rings of Power unites all the major stories of Middle-earth's Second Age: the forging of the rings, the rise of the Dark Lord Sauron, the epic tale of Númenor, and the Last Alliance of Elves and Men."

They continued, "Until now, audiences have only seen on-screen the story of the One Ring -- but before there was one, there were many… and we're excited to share the epic story of them all."

"The Lord of the Rings: The Rings of Power" debuts globally on Amazon's Prime Video on Sept. 2.