An employee of Wistub de la Petite Venise, the traditional Alsatian restaurant Bourdain visited on Monday as part of production, said that nothing seemed amiss during the chef's time at the eatery.

During filming, Bourdain enjoyed a meal of choucroute, or sauerkraut with sausages and meat, alongside his friend, chef Eric Ripert, the employee added.

"He seemed happy, cheerful; he was joking and enjoying himself," the restaurant source said. "There were some Americans tourists in the street in front of the restaurant, they recognized him through the window and he greeted them.” 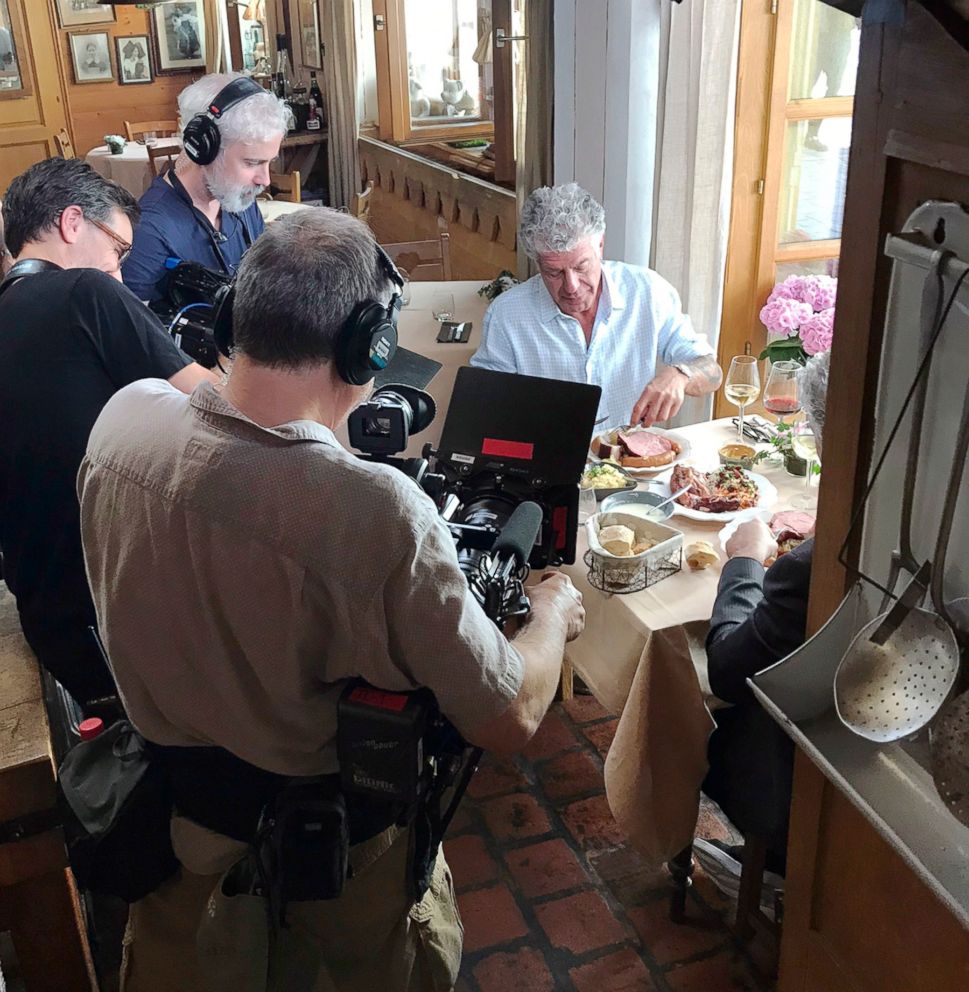 Bourdain, 61, was found dead Friday morning in a hotel room in Kaysersberg, which is located in the Alsace region of northeast France. According to Colmar prosecutor Christian de Rocquigny du Fayel, the chef and writer appeared to have hanged himself. The exact cause of death is under investigation.

Ripert, whom CNN reported found Bourdain unresponsive, remembered his friend in a statement on Friday.

"Anthony was a dear friend," Ripert told ABC News. "He was an exceptional human being, so inspiring and generous. One of the great storytellers of our time who connected with so many. I wish him peace. My love and prayers are with his family, friends and loved ones."

Bourdain, a four-time Emmy Award winner, is survived by his 11-year-old daughter.