The hit ABC drama showcased the evolution of relationships within three tight-knit families over the past 10 years.

Central elements of the show, including the importance of diversity, inclusivity and leaning on those you love, were played out through the lives of the characters.

Ariel Winter, 22, took on the role of Alex Dunphy when she was just 11 years old and said that playing the character, along with the fame that came, really changed her life.

"It’s pretty insane that I’ve basically spent half of my life on the show, but it really has been an amazing experience for me," she said in a September 2019 interview with "Good Morning America."

MORE: Ariel Winter on dealing with cyber bullying: 'The only person that you need to take into account is yourself'

It’s pretty insane that I’ve basically spent half of my life on the show.

"I work with amazing people, and I honestly am so grateful for everything I’ve done and all the people I’ve met," she continued.

"They’re basically a family I grew up with -- the crew, the cast, everybody -- so it is crazy to be doing something for that long because most shows don’t go that long, and we are so beyond lucky that we have," she shared.

Why the show resonates with so many viewers

The actress believes this relatability factor of the sitcom is why audiences have tuned in for so long.

"There are families that have talked to us about how 'Modern Family' has impacted them and how we’ve normalized so many things and impacted so many young people, so many teenagers -- so many teenagers’ relationships with their families -- and that’s a really beautiful thing," Winter said.

"What I hope is that when people watch our show, they can see themselves somewhere," she added.

From Haley’s rebellious personality to Alex’s more studious image, there are character elements that many people feel align with their loved ones or those they know, Winter said. 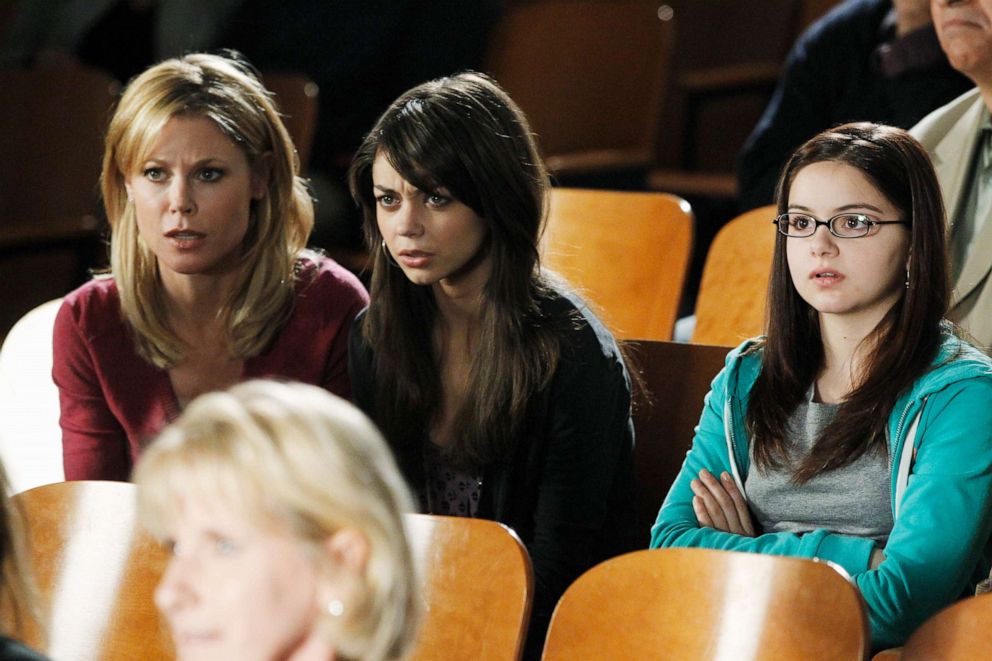 Peter "hopper" Stone/Walt Disney Television via Getty
Ariel winter, right, is seen in a scene from season 2 of "Modern Family."

"It’s very real. The stories come from real life, real people's families," she said. "It’s amazing that, I think a lot of people, especially with my character and Haley and Luke and Manny, have grown up with us -- these young kids that are now our age."

"While this is a small impact on the entire world, it means a lot to us because that’s really what we want this show to be," Winter added.

Looking back on some of the best moments on set

The cast and crew obviously have plenty of lasting memories from years filming the show since it premiered in 2009. Some of Winter's favorites are from the cast's trip to Australia for season five's episode 20.

"I like when we get to go on trips together because it’s something new, and it’s something fun that we can all explore together -- time that we spend not just on the set," she said.

What I hope is that when people watch our show, they can see themselves somewhere.

"On the set we're there to work, and I see people outside the set, but when we’re on location somewhere, like when we went to Australia, everyone’s getting together after your workday."

She said that she will also always value just the ordinary, everyday time spent with her castmates. "Just growing up with them -- it would be hard to pick just a couple of the amazing experiences I’ve had because it’s been 10, almost 11 years," Winter said. "There’s been so many along the line."

On the close relationships formed through the show

The actress explained that the group clicked from the very beginning. "We became this family," she said.

"I know a lot of people work together and it doesn’t happen for them ... but for us we all really liked each other from the beginning. There was good chemistry between us," she continued.

"He is, in my mind, 100% my brother," she shared. "I love Nolan to pieces because we grew up together ... just growing pains of being teenagers and kids and being so close in age, being able to relate to each other -- and Rico -- that’s been a beautiful thing for us.

"I think I was, through Alex, able to inspire other people to believe in education.

"When you have that chemistry with the people you work with -- and you’re lucky enough to be employed -- it doesn’t really feel like work anymore, it just happens organically," she added.

She also said the show's crew is "so amazing." "I think I’ll have a hard time not spending as much time in my days with them."

What she's learned through Alex Dunphy

The actress says one of the things she loved most about her character is her interest in education.

"I never thought of that stigma in the way -- that being smart is uncool or that you couldn’t be pretty and smart, or funny and smart or social and smart," she said.

"Growing up playing her, she was going through a lot of the same things I was going through," Winter added. "I think I was, through Alex, able to inspire other people to believe in education. Believe in themselves really."

MORE: The next season of 'Modern Family' will be its last 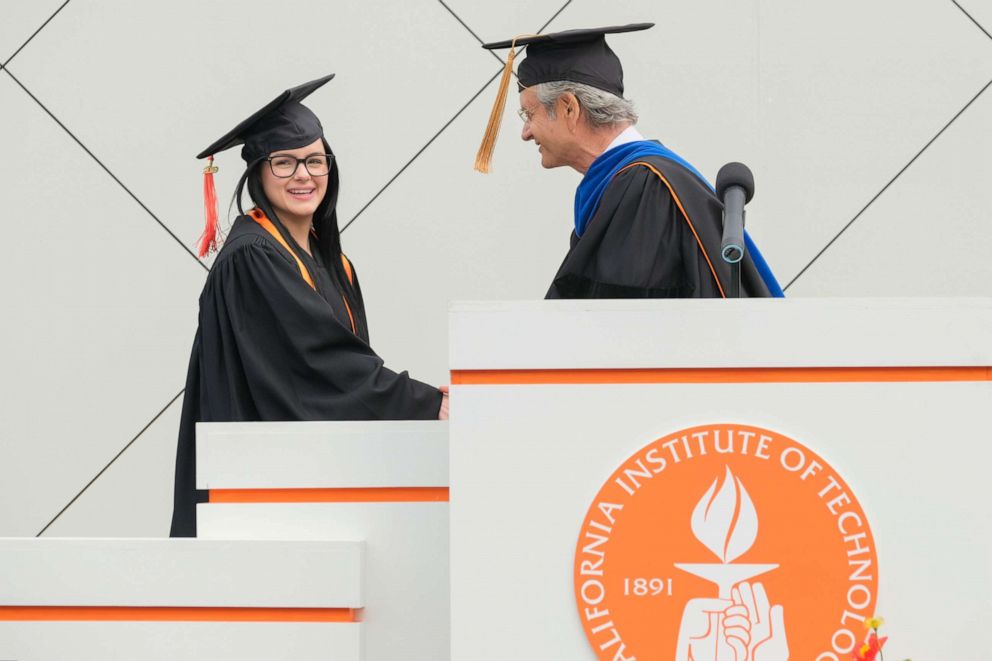 Although her character graduated from college in the series, Winter has her own take on whether or not the form of education is necessary.

"You’re not a failure if you don’t go to college," she said. "It’s just having knowledge, it’s nice to learn about things that you’re really interested in ... the thing I’ve pushed is just to always keep learning and always just push yourself in that way, and that’s something that Alex does."

The actress hasn't ventured into many on-screen projects outside of her work in TV. She starred in the 2017 drama "The Last Movie Star" with Burt Reynolds but said she would love to do more work in film.

"I have always loved the idea of doing movies -- and I’ve done a couple -- but I’d like to do more and play different characters," she said. "With movies it’s a shorter span of time that you’re doing something, so you get to play many different characters all the time … and I think that’s really cool."

However, she doesn't root out finding another lasting project on television.

"If an amazing show came along and I was lucky enough to be picked for it, I would be very grateful," she said. "There’s nothing that I would really say no to if it was a great opportunity."

Editor's note: An earlier version of this story was originally published on September 25, 2019.

Disney is the parent company of ABC and Good Morning America.