Actress Asia Argento, responding to a media report that she paid off a young male actor who had accused her of sexual misconduct, "strongly" denied ever having “any sexual relationship” with him.

Argento, 42, also said in a statement Tuesday that her late boyfriend, the celebrity chef Anthony Bourdain, was the catalyst for paying off actor Jimmy Bennett out of compassion.

The New York Times published a story Monday citing court documents it obtained showing that Argento paid Bennett $380,000 to settle the accusations dating back to 2013 when he was 17.

"I strongly deny and oppose the contents of the New York Times article," Argento said in the statement.

She continued, "I am deeply shocked and hurt by having read news that is absolutely false. I have never had any sexual relationship with Bennett." 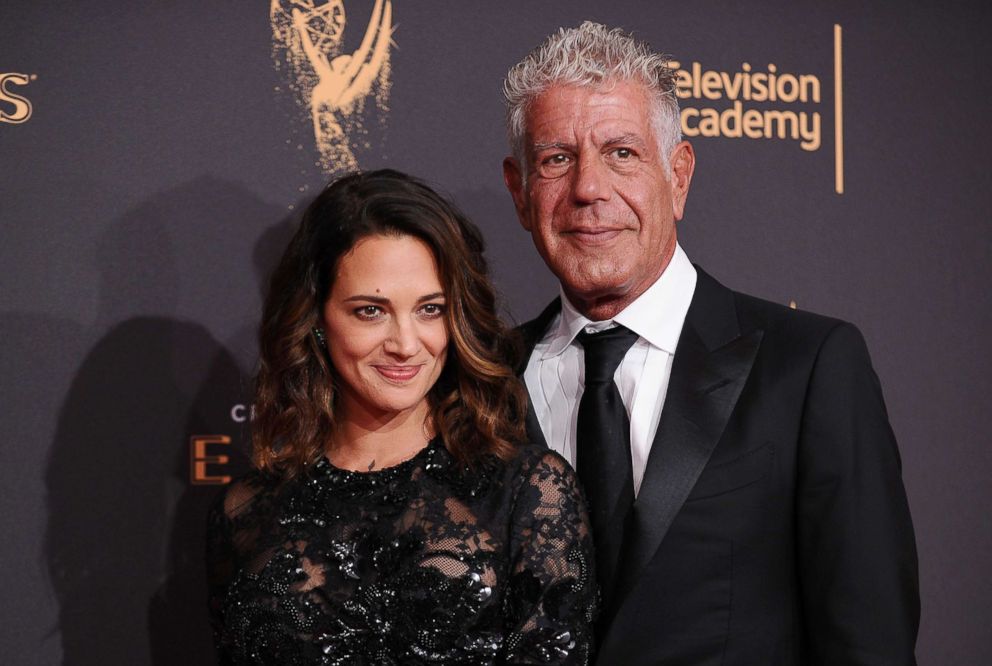 The actress, who was one of the first Harvey Weinstein accusers, said she and the now 22-year-old actor were linked "by friendship only" and that Bennett "unexpectedly made an exorbitant request of money from me."

"Bennett knew my boyfriend, Anthony Bourdain, was a man of great perceived wealth and had his own reputation as a beloved public figure to protect," she said in the statement.

The famed chef and TV host, who killed himself in June, "insisted the matter be handled privately and this was also what Bennett wanted,” Argento said. “Anthony was afraid of the possible negative publicity that such a person, whom he considered dangerous, could have brought upon us."

Their compassion compelled the couple to pay off Bennett, she said.

"Anthony personally undertook to help Bennett economically, upon the condition that we would no longer suffer any further intrusions in our life," she added, closing that she will "assume in the short term all necessary initiatives for my protection before all competent venues."

The documents obtained by the Times state that Bennett made millions before the alleged assault in 2013, but his income has since dropped to an average of $60,000 a year as a result of the alleged trauma he suffered.

Bennett and Argento first met when he appeared at age 7 in Argento’s 2004 film "The Heart Is Deceitful Above All Things," according to the Times. They reportedly stayed in contact in the ensuing years and agreed to meet years later for a reunion.

Bennett has said he arrived at the Ritz-Carlton in Marina del Rey, California, to meet Argento in her hotel room with a family member, who left the room after Argento asked to be alone with Bennett.

Argento gave him alcohol prior to the alleged assault, which allegedly included oral sex and intercourse, he said.

In a statement to The Associated Press on Monday, a lawyer for Bennett said the actor "does not wish to comment on the documents or the events" at this time. The statement asked for privacy and noted that Bennett would take "the next 24 hours, or longer, to prepare his response."

Argento is one of the original 13 women included in the October 2017 New Yorker report about Harvey Weinstein’s alleged sexual harassment and assaults that dated back decades, which he has repeatedly denied.

Weinstein's lawyer commented Monday on the story, saying it should cast doubt on the allegations she has made against the disgraced producer.

"This development reveals a stunning level of hypocrisy by Asia Argento,” Weinstein's attorney, Benjamin Brafman, said in a statement. “At the very same time Argento was working on her own secret settlement for the alleged sexual abuse of a minor, she was positioning herself at the forefront of those condemning Mr. Weinstein, despite the fact that her sexual relationship with Mr. Weinstein was between two consenting adults which lasted for more than four years."