Lauren Bushnell and Chris Lane are expecting another baby, the couple announced this week.

The "Bachelor" alum, 32, and her country singer husband, 37, revealed Monday that they are expecting their second child together, due later this year.

"Party of 4, coming October 2022," Bushnell wrote on Instagram, alongside a sweet snap of their growing family, and a photo of Dutton. "I cannot wait to see you as a big brother, Dutty!"

In an interview with People, the couple dished on how they found out their family would be expanding, with Bushnell admitting, "To be quite honest, I've never been more shocked in my entire life, because this was very much an unexpected surprise." 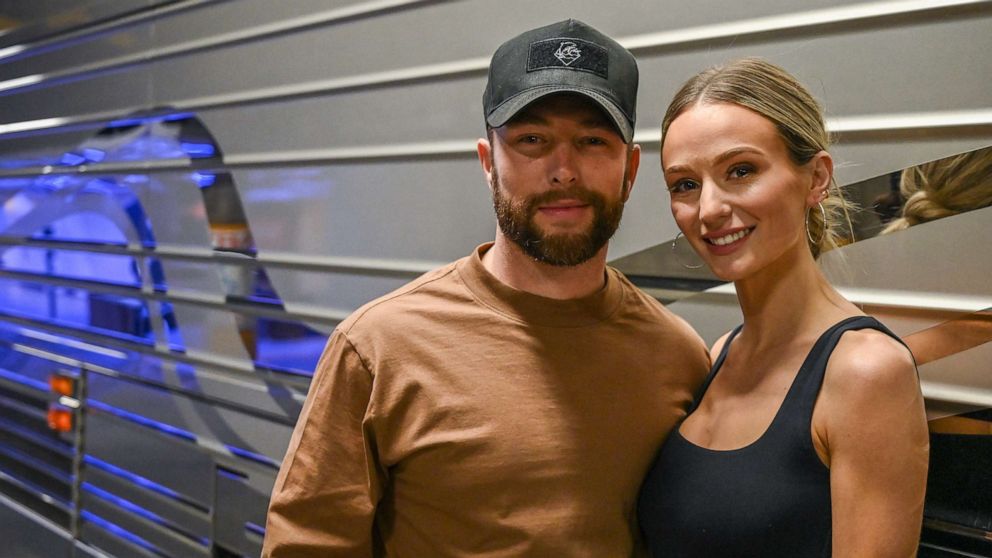 Bushnell shared that she took a pregnancy test and was so surprised that she interrupted Lane as he was putting their son down for a nap.

"We had planned on having at least two kids, so we're very thankful that it was able to happen for us, even if it wasn't necessarily on our exact timing," she added. "We're both just incredibly excited."

The pair, who wed in October 2019, also shared their thoughts on whether baby No. 2 will be a boy or girl.

While the "I Don't Know About You" singer said his side of the family "make[s] a lot of boys," Bushnell said she thinks "because of that, the Lane family could use some female energy in there."

"My parents are dying for a little girl, so we'll see!" Lane added.