Fans cheered when Bachelor Nation’s Demi Burnett and Kristian Haggerty got engaged on the “Bachelor in Paradise” season finale, making them the first same-sex couple to ever get engaged in the show’s franchise history.

But reaching that milestone was not always easy for the newly-engaged couple. With the cameras away after a whirlwind romance, the couple opened up to “Good Morning America” about life post-paradise.

“It feels good to be able to like just own it, rock the ring and walk around the street and not have to worry about spoiling the show,” said Burnett. 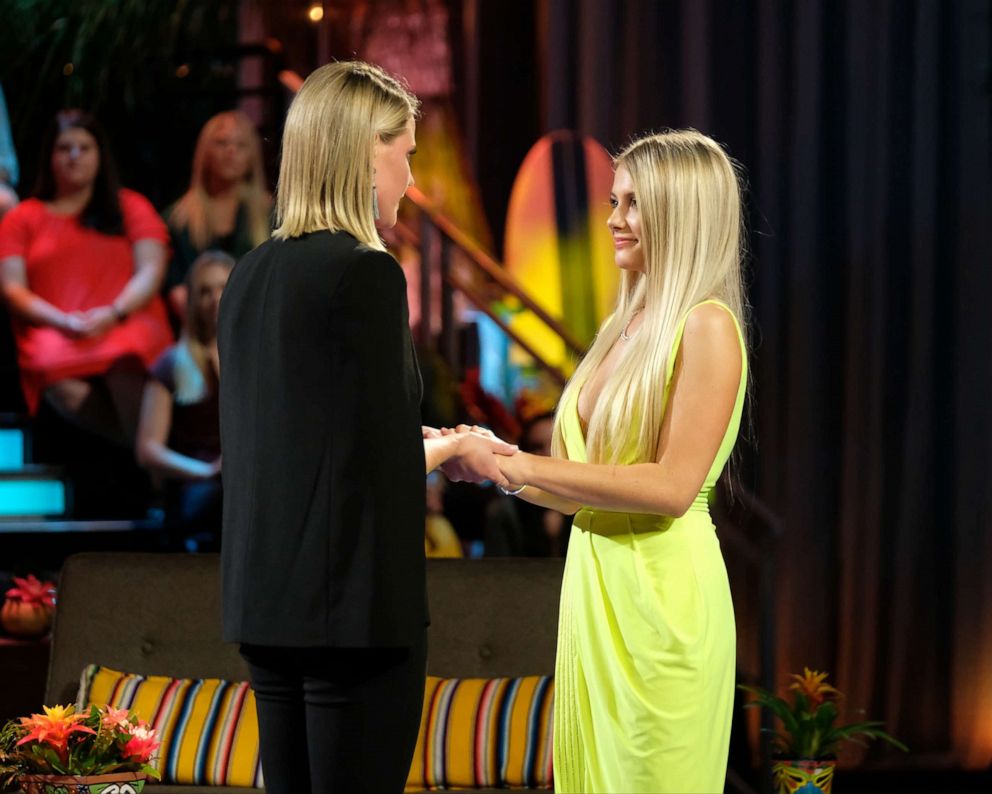 ABC/John Fleenor
Kristian Haggerty proposes to Demi Burnett during the finale of “Bachelor in Paradise.” 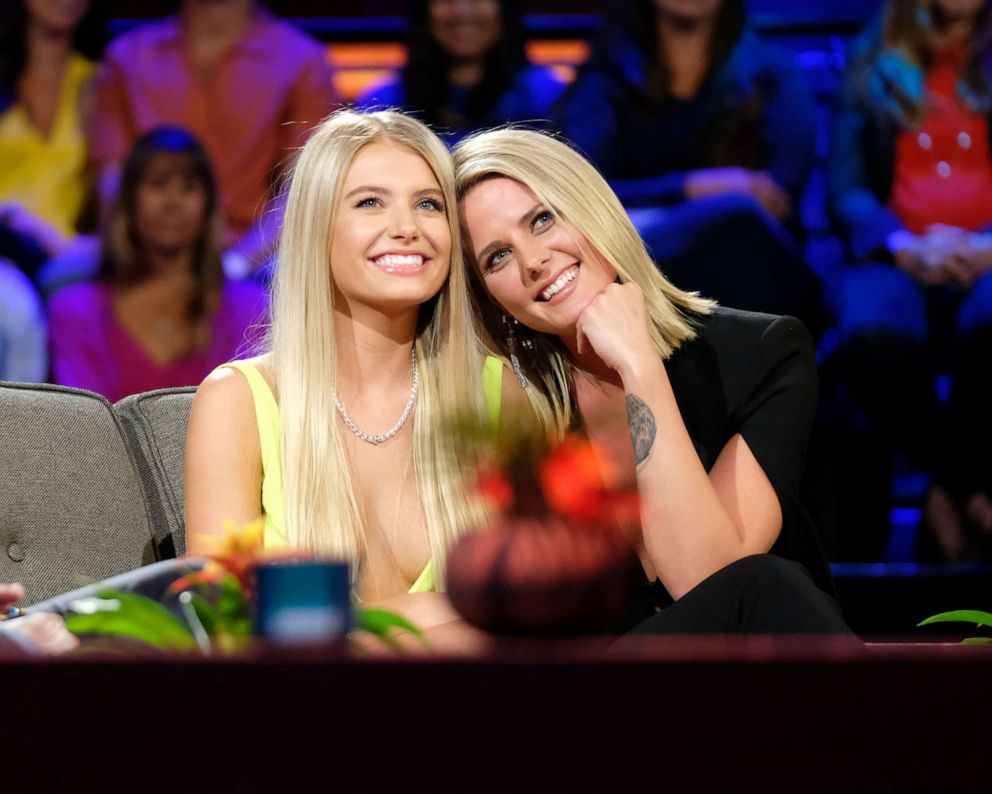 John Fleenor/ABC
Demi Burnett and Kristian Haggerty on the finale of a "Bachelor in Paradise."

Throughout the past season of “Bachelor in Paradise,” 24-year-old Burnett struggled openly with her sexuality.

She told “GMA,” “I think there was just a lot of, like, walls within myself and like a lot of parts of myself that I wasn’t fully in tune with and didn’t really understand.”

(MORE: Demi Burnett of 'Bachelor in Paradise' claps back at 'homophobic' bullying online)

In the season’s first episode, Burnett told her close friend, Hannah Brown, that she was seeing a woman and said that gender did not factor in who she loved.

It wasn’t until later on in the season that Burnett revealed Haggerty’s name and that she still had feelings for her. Haggerty felt the same and surprised Burnett in “Paradise” -- the two ultimately getting engaged not once on the beach, but twice in another proposal by Haggerty during the show’s reunion episode. 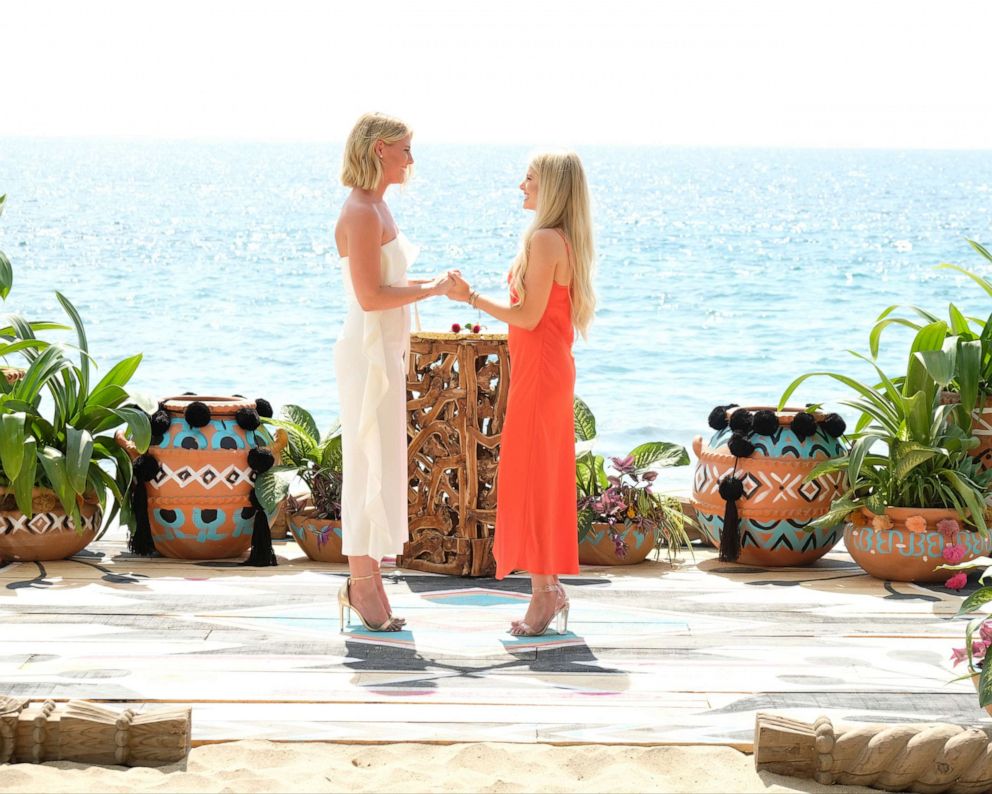 “I never really watched much of Bachelor Nation or even thought in a million years I’d be on a reality show,” said Haggerty. “I know I’ve said that before in past interviews but I can hands on tell you it was all very real.”

Since the proposal, Burnett and Haggerty have received a lot of praise and support on social media.

(MORE: Peter Weber dishes on what to expect from his 'Bachelor' season)

GLAAD's CEO and president, Sarah Kate Ellis even praised the couple in a statement and said, "Seeing two women get engaged on Bachelor in Paradise is a groundbreaking step forward toward including LGBTQ couples across reality television. Reality TV is finally moving towards storylines that LGBTQ audiences and allies have been craving for quite some time."

“That’s a lot of pressure to be a role model,” said Burnett. “But I do understand like we are in a sense and if we can make people feel more comfortable with their sexuality like I’m super grateful for that and I’m really proud to be that person.”

Now Haggerty and Burnett are owning their relationship and while they are focusing on building their life together, they are encouraging others who may have been questioning their sexuality to find their truth.

Burnett said, “Be vocal about it. Talk to people you trust about it don’t keep it in your head. Talk about it to people who care about you and love you because that’ll help you.” 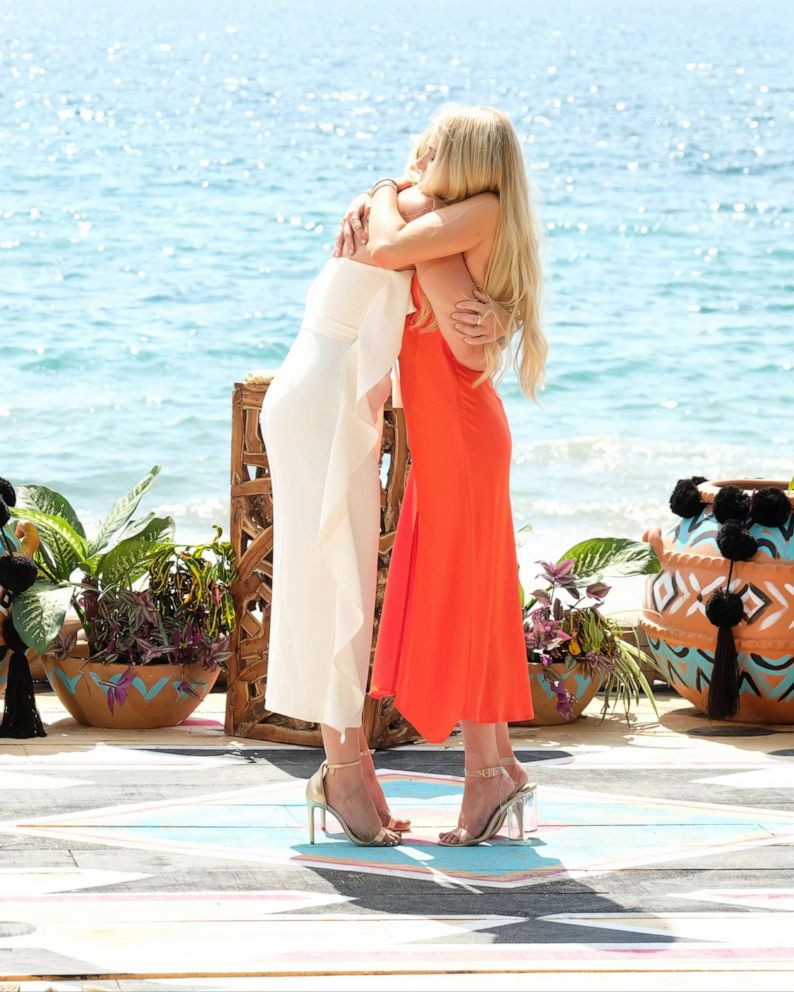