The 28-year-old medical sales rep from Missouri spoke exclusively to "Good Morning America" Wednesday in his first interview since being named the lead for the 26th season of the long-running franchise, saying "it doesn't feel real at times."

"I was so incredibly honored and humbled to have had the experience, learned a lot about myself and it has been quite the journey," he said of his season, which premieres Jan. 3 on ABC.

MORE: Former Bachelor Jesse Palmer to host 'The Bachelor' in 2022

Echard said he went into the journey with a "checklist of sorts" for what he was looking for in a life partner, but the women surprised him when "they brought all of that and so much more."

"I did find love, and I was a little skeptical going into the whole journey but I'm so pleasantly surprised that things worked out much different than what I had thought," he said. I'm just so excited to watch it back and have everyone else watch it as well.

As for what he learned from his time as "Bachelor," Echard said the biggest one was getting "comfortable with being uncomfortable and stepping out of that comfort zone" so he could continue to grow as an individual.

2:30
Echard, a potential suitor who was recently sent home on "The Bachelorette," shared the qualities he's looking for in a partner and what he said he's learned on his quest for love.

Echard was a contestant on season 18 of "The Bachelorette," making it to Michelle Young's top eight suitors before getting eliminated. Young's season is currently still airing.

On his final date with Young, Echard opened up about having been focused on being considered "good enough" to others by chasing things he thought would bring him happiness for the past few years.

Echard said he had finally come to a place where he was "able to just stop worrying about others, stop comparing myself to others and just be me." He said he realized "it's who I bring into my life that's going to bring that happiness and make me feel like I'm enough."

When breaking up with him on their one-on-one date, Young told Echard "you are enough" in one of the season's most heartfelt moments.

"I just want to find love so badly. And have a family. And start that chapter of my life," Echard said in his tearful exit. "I want it more than anything else. And I'll do whatever it takes to get that. Whatever it takes." 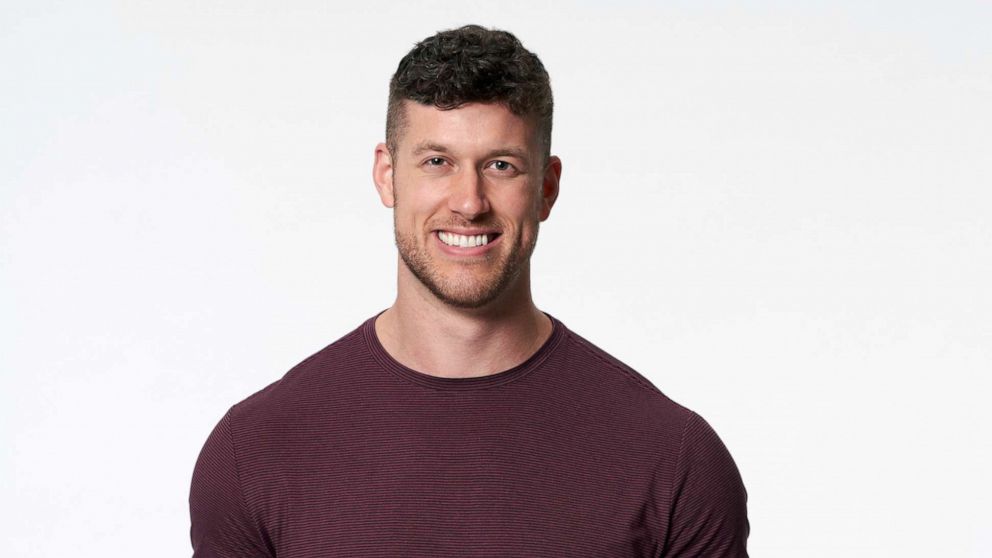 Craig Sjodin/ABC
Clayton Echard poses for a portrait for ABC's "The Bachelorette," season 18.

Echard graduated with a bachelor's degree in health science and minors in business and Spanish from the University of Missouri. Having played college football, Echard had a brief stint in the NFL with the Seattle Seahawks in 2016.

He is now pursuing his MBA and hopes to start his own business one day.

Echard has two younger brothers and his parents have been married for 29 years. In his spare time, he likes to tube, fish and play cornhole with his friends and family, according to his ABC bio.