Bette Midler confirmed Monday that the original cast members of the beloved Halloween staple "Hocus Pocus" are interested in a sequel.

"They want to make a movie. They’ve asked us if we were interested, and, of course, all of us said, 'Yeah,'" Midler, who played the wicked Winifred Sanderson, told WNYW.

Although she's extremely excited to adorn the big red wig and buck teeth, Midler disclosed that she is having a hard time accepting that the movie came out in 1993.

"It was so bizarre to have been these characters 27 years ago," the Academy Award nominee mentioned. 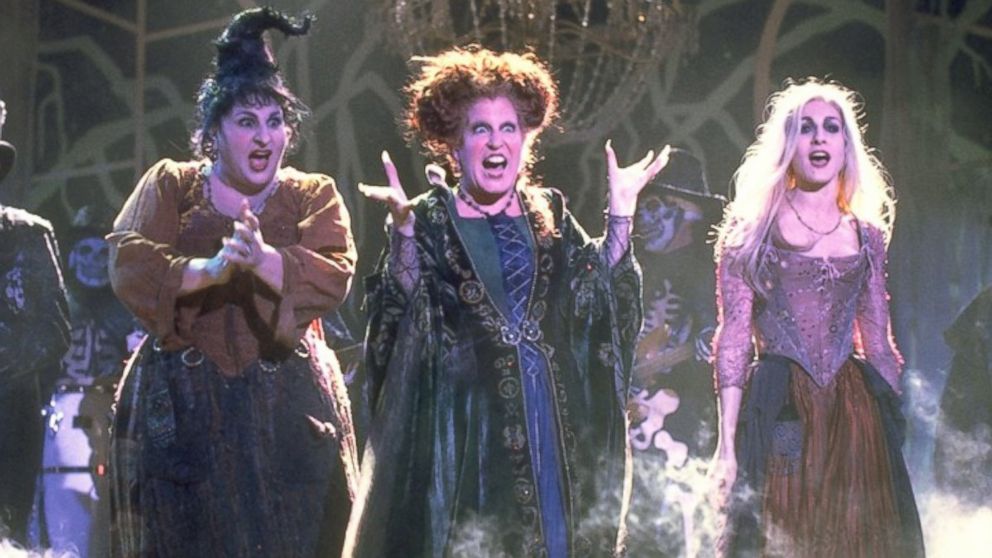 Andrew Cooper/Buena Vista Pictures
The Sanderson Sisters are 17th century witches who were conjured up by unsuspecting pranksters in present-day Salem. The key to their immortality involves three children and a talking cat, who also turn out to be their biggest obstacles.

Still, it seems no time has gone by for her and her co-stars Sarah Jessica Parker and Kathy Najimy, who recently reunited to perform the virtual charity event, "In Search of the Sanderson Sisters: A Hocus Pocus Hulaween Takeover."

Midler says the three of them immediately jumped right back into the Sanderson sister mindset as soon as they went through hair and makeup for the big show -- which she assures is a full-on production and "is not like your regular Zoom-grid show."

"It was so bizarre, because we fell into exactly the same relationship we had and the same style of behaving on-screen that we had 27 years ago," she laughed. "As if we had been off for a weekend!"

0:36
The Grabenstein sisters Landri, 6, and Alli and Maddi, both 8, will transform into the Sanderson sisters for "Hocus Pocus" this Halloween.