The music in this project, which was written, directed and executive produced by Beyoncé, is based on the music from the 2019 Disney film "The Lion King: The Gift."

The 24-time Grammy winner previously described "Black Is King" as "a labor of love."

"'Black Is King' is finally here. I'm so excited you guys get to watch it tonight on Disney+. It's been a year in the making," Beyoncé said in a message on "Good Morning America" on Thursday. "I worked with a diverse group of very gifted directors and actors and creatives from all over the world to reimagine the story of 'The Lion King.'"

"The narrative unfolds through music videos, fashion, dance, beautiful natural settings and raw new talent, but it all started in my backyard," her message continued. "So from my house to Johannesburg to Ghana to London to Belgium to the Grand Canyon -- it was truly a journey to bring this film to life."

EXCLUSIVE: A special message from @Beyonce with never-before-seen footage from #BlackIsKing! The visual album streams TOMORROW exclusively on @DisneyPlus. pic.twitter.com/tPFC9gGY9o

"And my hope for this film is that it shifts the global perception of the word 'Black,' which has always meant inspiration and love and strength and beauty to me," she added. "But 'Black Is King' means Black is regal and rich in history in purpose and in lineage. I hope y'all love it, I hope you enjoy it and I hope y'all see it tonight."

The visual album will tell the story of "a young king's transcendent journey through betrayal, love and self-identity," according to a press release.

With the help from his father and his ancestors, the king is guided toward his destiny and "earns the virtues needed to reclaim his home and throne." It is being described as "a celebratory memoir for the world on the Black experience."

How to stream 'Black Is King' on Disney+: Anyone with a Disney+ account can access the movie on July 31. No end date has been announced. For those who still have yet to sign up, Disney+ costs $6.99/month or $69.99/year. There is also a bundle featuring Disney+, ESPN+ and Hulu for $12.99/month. 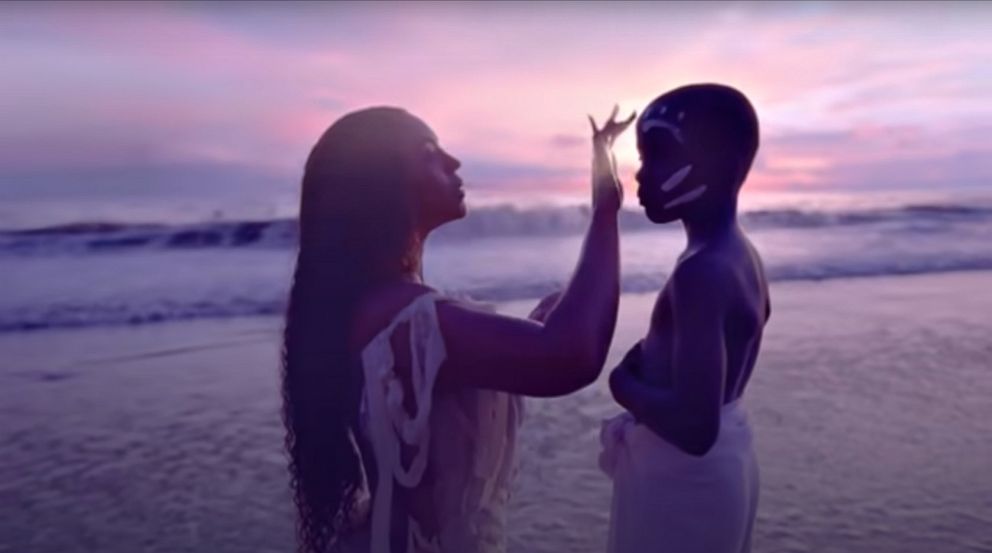 Black is King Trailer
A still from the trailer from the new visual album " Black Is King," inspired by "The Lion King: The Gift."

"Black Is King" was filmed across the globe -- in New York, Los Angeles, South Africa, West Africa, London and Belgium.

The word is finally out. BLACK IS KING. So proud to have worked with QUEEN Beyonce on this. So honored to contribute visually to this moment, when the world is in need of beauty and affirmation. Can't wait.
Disney Plus July 31st. pic.twitter.com/iBq1SwACy6

Beyoncé said last month she feels the events of 2020 "have made the film's vision and message even more relevant."

"We are all in search of safety and light. Many of us want change," she wrote in a post. "I believe that when Black people tell our own stories, we can shift the axis of the world and tell our REAL history of generational wealth and richness of soul that are not told in our history books." 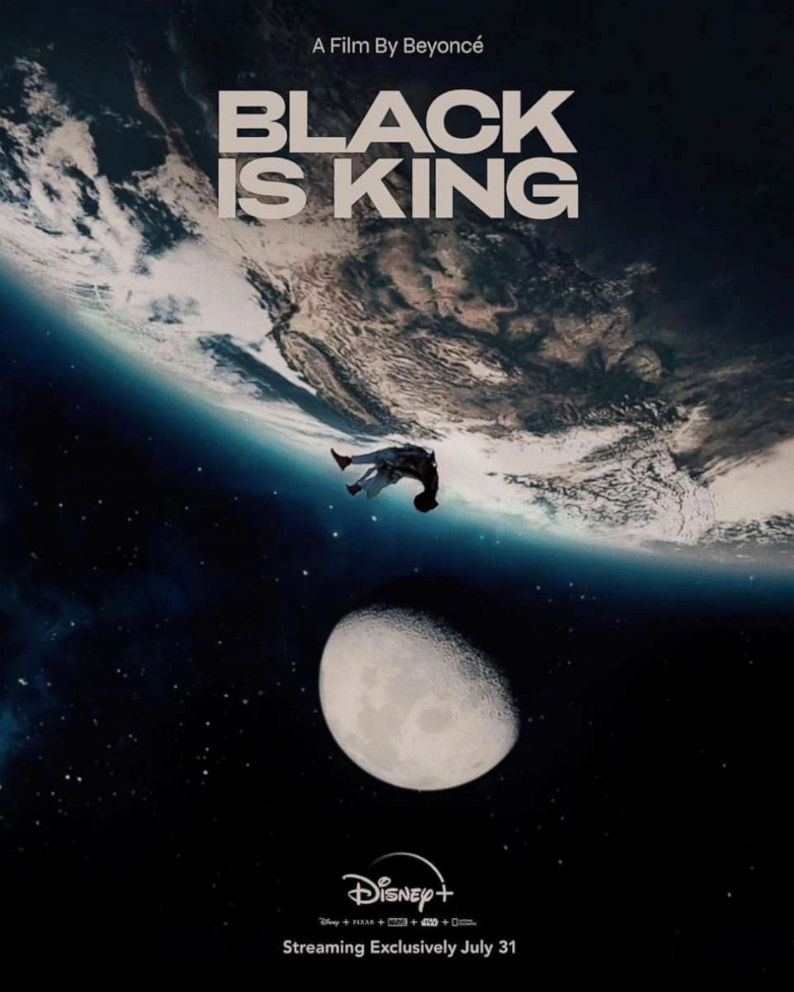 "With this visual album, I wanted to present elements of Black history and African tradition, with a modern twist and a universal message, and what it truly means to find your self-identity and build a legacy," she added.

Beyoncé explained that in order to create this film, she focused on honoring and taking in "the lessons of past generations and the rich history of different African customs," which she described as an overwhelming but necessary process.

The singer revealed that she hopes viewers of the film leave the project "feeling inspired to continue building a legacy that impacts the world in an immeasurable way."

"I pray that everyone sees the beauty and resilience of our people," she wrote. 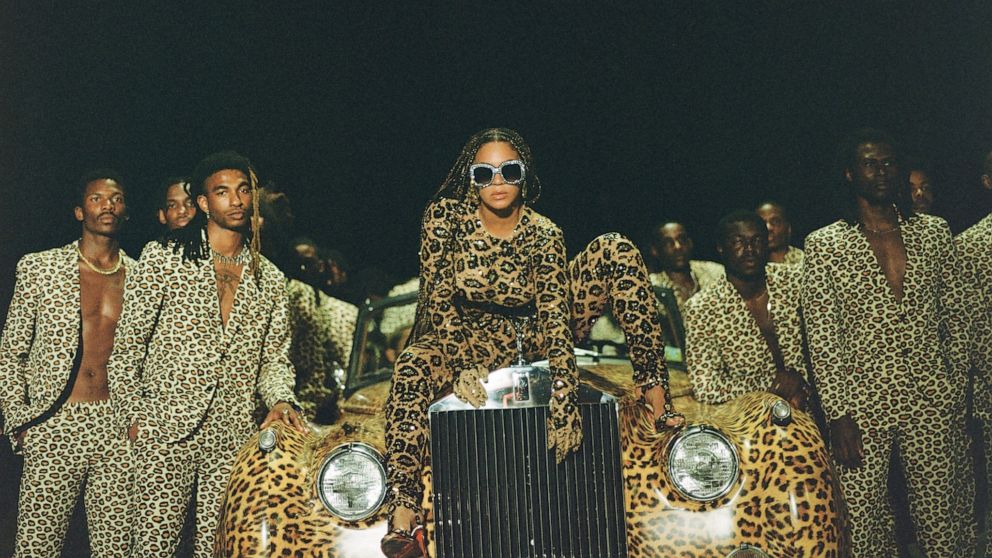 "This is a story of how the people left MOST BROKEN have EXTRAORDINARY gifts...This experience has been an affirmation of a grander purpose," she went on. "My only goal is that you watch it with your family and that it gives you pride."

WATCH: The evolution of Beyonce's music: From Destiny's Child to 'Black is King'

7:13
In honor of the queen's visual album releasing on Disney+, we took a look back at some of the singer's top hits.

WATCH: Blue Ivy teaches us the importance of washing our hands

0:59
Beyonce's daughter does an experiment simulating the effect of germs.