All eyes were on Prince Harry and Meghan Markle on their wedding day Saturday, except for the nearly 14 minutes when the Most Rev. Michael Bruce Curry made history with a soul-stirring sermon at St. George's Chapel that is still generating buzz.

"It’s been remarkable and very surprising," Curry said today on "Good Morning America" of the reaction to his sermon.

The New York-based Curry, who’s the first black leader of the Episcopal Church in the United States, made history again as the first American to preach at a British royal wedding. 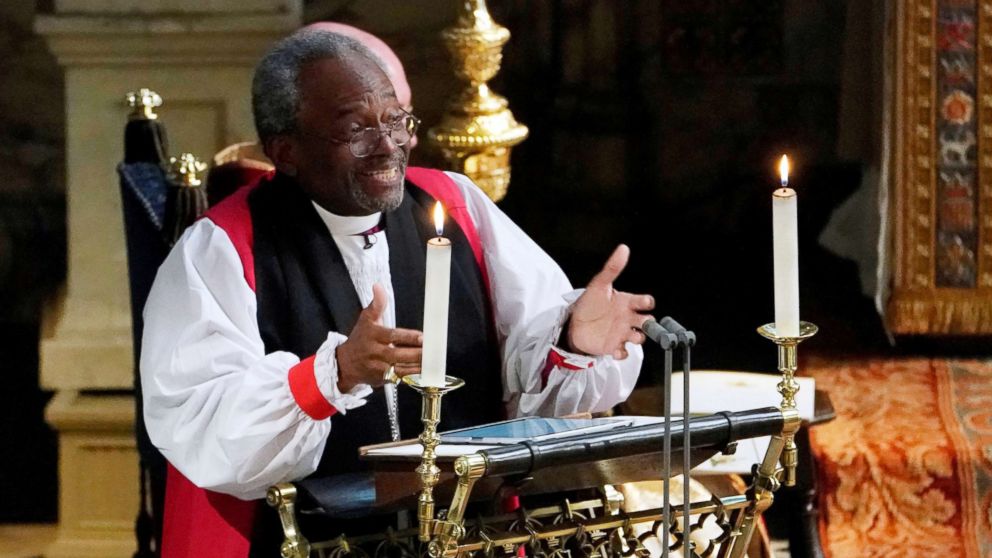 Owen Humphreys/Reuters
The Most Rev Bishop Michael Curry, primate of the Episcopal Church, gives an address during the wedding of Prince Harry and Meghan Markle in St George's Chapel at Windsor Castle in Windsor, May 19, 2018.

Curry said he was "very aware" of the gravitas of the moment.

In addition to Curry's history-making moment, Meghan, now the Duchess of Sussex, also broke ground as an American and biracial daughter of an African-American mother and white father marrying into Britain's royal family. 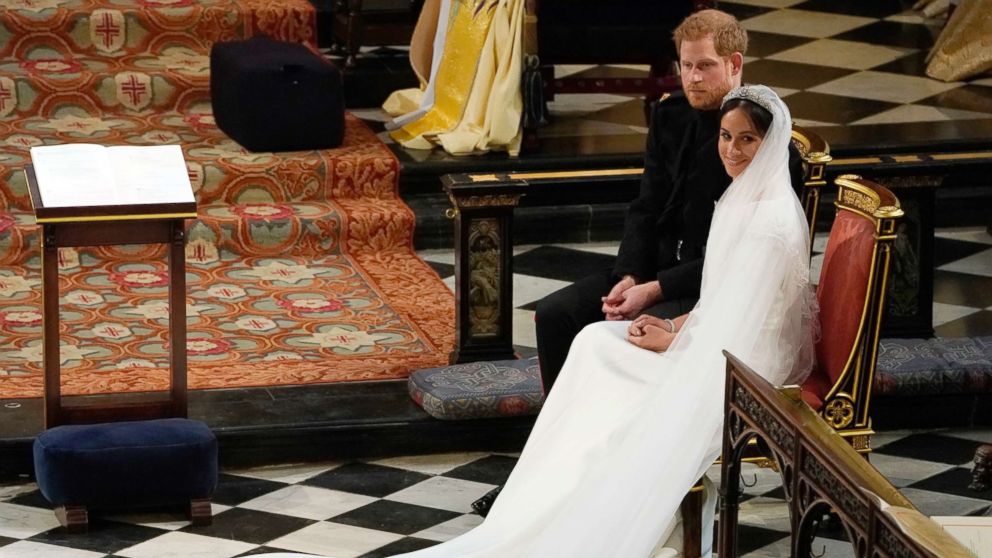 Owen Humphreys/AP
Prince Harry and Meghan Markle during their wedding at St. George's Chapel in Windsor Castle in Windsor, May 19, 2018.

"Actually for a moment, we were actually together, organized around love," he continued. "Their love was a sign of God’s love and what that love can do in our lives. It brought together our African heritage, our British heritage, our American heritage."

Harry, 33, and Meghan, 36, now known as the Duke and Duchess of Sussex, wed Saturday at St. George's Chapel in front of about 600 guests and a worldwide audience of millions.

Curry said it was Meghan and Harry's decision, in consultation with leaders of the Church of England, to include him in the wedding. 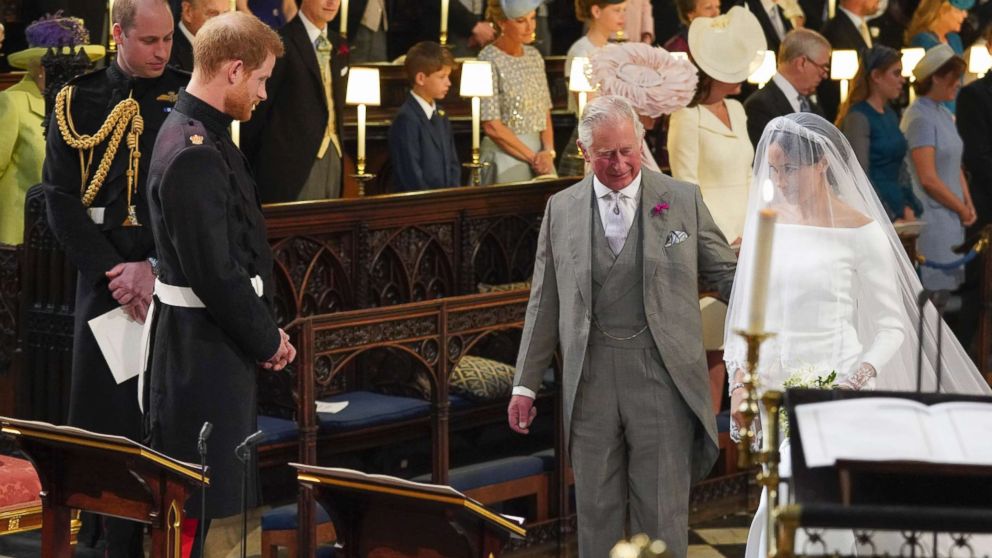 Jonathan Brady/PA
Prince Harry looks at his bride, Meghan Markle, as she arrives accompanied by Charles, the Prince of Wales, in St George's Chapel at Windsor Castle for their wedding, May 19, 2018.

"I didn’t believe it because a member of my staff called and said, ‘They’d like you to preach at the royal wedding,'" Curry recalled. "I said, ‘Get out of here; it’s April Fools. You’ve got to be kidding me.’"

Meghan and Harry's love for each other was "obvious" and could be seen on their faces, according to Curry.

"That love was a reflection of a greater love and that greater love is the love of God," he said. "I think that’s what Jesus has been talking about. That’s what he was trying to teach us. Love God, love your neighbor and you’ll be able to figure out the rest."

Curry spoke in his royal wedding address about the power of love and at one point quoted U.S. civil rights icon Dr. Martin Luther King Jr. 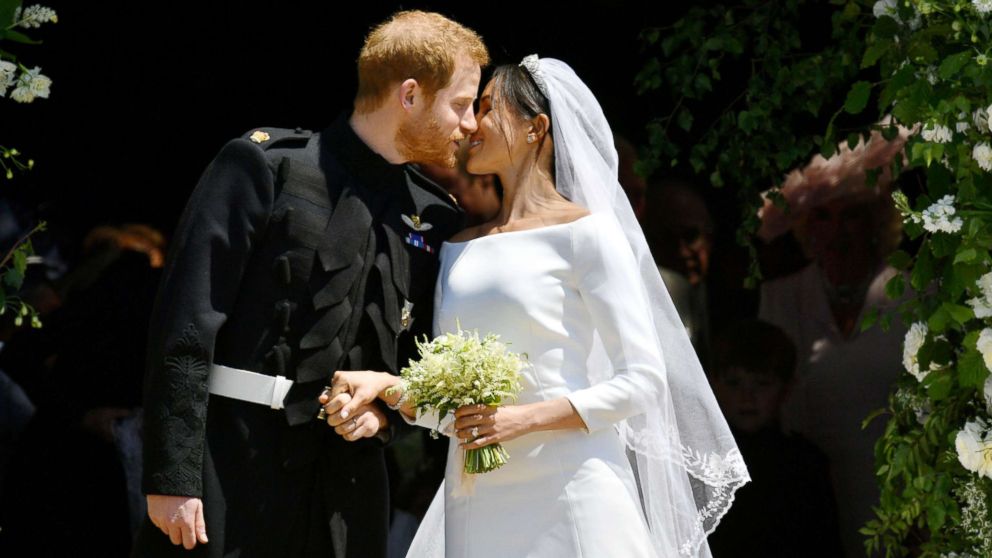 Church officials and Harry and Meghan were aware of the "basic outline" of his sermon ahead of time, according to Curry.

He said he was able to speak to the couple "very briefly" after the wedding service, describing them as "kind and gracious."

What to know about Bishop Curry

Curry was installed as the 27th presiding bishop and primate of the Episcopal Church in 2015, according to the church's official website. He was elected to a nine-year term.

A descendant of African slaves, Curry, 65, was born in Chicago, according to his official bio.

After attending school in Buffalo, New York, he graduated from Hobart College in 1975, and earned a Master of Divinity degree from Yale University in 1978. That same year, he was ordained as a deacon at St. Paul's Cathedral in Buffalo, and went on to work as deacon-in-charge at St. Stephen's in Winston-Salem, North Carolina. 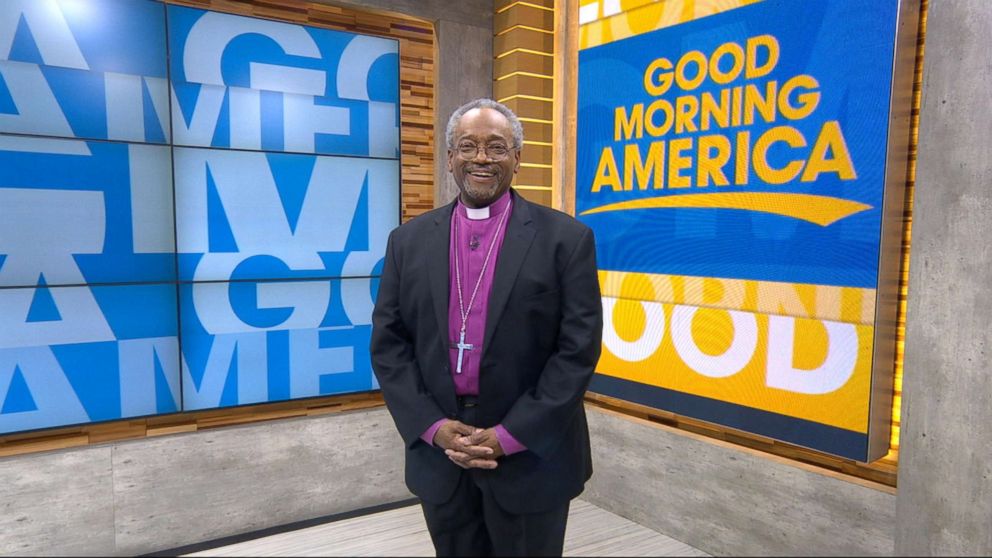 ABC
The Most Rev. Michael Bruce Curry speaks out on "GMA" about delivering the sermon at Prince Harry and Meghan Markle's royal wedding.

GOD the Holy Trinity make you strong in faith and love, defend you on every side, and guide you in truth and peace; and the blessing of God almighty, the Father, the Son, and the Holy Spirit, be among you and remain with you always. Amen.#RoyalWedding #Episcopal #Anglican

Later, he became the rector of St. James' in Baltimore, until he was elected as the 11th bishop of the Episcopal Diocese of North Carolina in 2000.

Curry is passionate about social justice issues, marriage equality and immigration policy. He has authored three books: "Following the Way of Jesus: Church's Teachings in a Changing World," "Songs My Grandma Sang," and "Crazy Christians: A Call to Follow Jesus," and is a regular speaker in houses of worship and at conferences around the United States and internationally.

Married to Sharon Clement, Curry is the father to two adult daughters, Rachel and Elizabeth.