At just 15 years old "Black-ish" star Marsai Martin has already carved out an impressive name for herself in Hollywood, but the actress said she knew from a young age she wanted to be "a legend."

Martin, who was recently on Forbes' 30 Under 30 list for Hollywood and Entertainment, may be the youngest executive producer in Hollywood history for the film "Little" and own a production company, but she told "GMA" it all feels "surreal."

MORE: 'Black-ish' cast opens up about 6 seasons growing up together

Martin posted side-by-side photos of herself, one from 10 years ago in her first ever elementary school play and one from this year, to look back on the last decade of her life.

Thinking back on how much has happened in her life, she said, "It wasn't even that long ago -- I'm still young."

"It's crazy how everything evolves in a way, it's just God's work," she said. 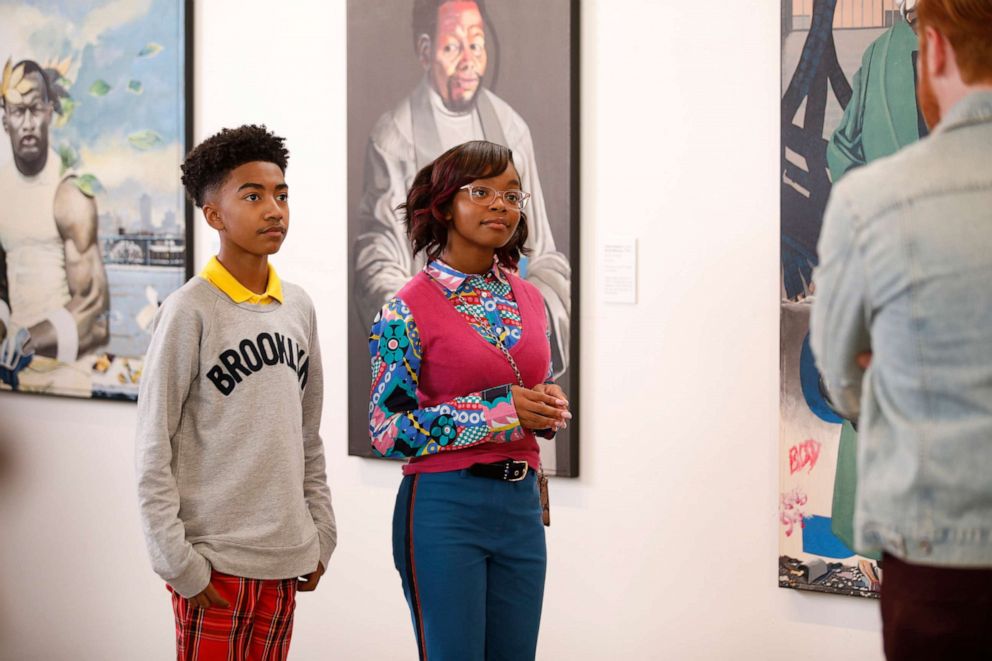 Raymond Liu/ABC
Miles Brown and Marsai Martin in a scene from "Blac-kish."

"Black-ish" is in its sixth season and Martin said she feels right at home with her longtime cast, which includes Anthony Anderson and Tracee Ellis Ross.

"We're like a family for sure. That's literally us. But there's always energy on set and great vibes," she said. "I feel like I learn something every day -- they just make it feel like home which I love."

When asked back in the day what she wanted to be when she grew up, "I said a legend," the star reflected, laughing.

"That girl was bold," she added.

Her advice for young people with big dreams is "always taking one step at a time."

"Feel comfortable in the space that you are in. There's no rush either. Life is short for sure but there's no rushing it," she said.

"You don't have to over-plan or overdo something," Martin added. "Whether you need to take a break or not just make sure you are in the right path for yourself."