Lively highlighted Reynolds' qualities as an actor, producer, and most importantly as a father and husband at the American Cinematheque Award show in Los Angeles Thursday night, where Reynolds received the annual honor for his contribution to film.

Wearing a long, metallic maxi dress, Lively, who is pregnant with the couple's fourth child, began by speaking about her husband's work ethic and how his home country, Canada, played a huge part in who he is today.

.@BlakeLively lists the qualities she loves about her husband @VanCityReynolds at the American Cinematheque Awards pic.twitter.com/LCj72BrdmF

"With his art, his heart, his philanthropy, his humor, his integrity, his unmatched work ethic, his self-deprecating levity, his hard-earned depths and his grace -- so many of those stunning qualities come from his homeland, Canada, and giving back to the country that gave him his life is critical to who he is as a person," Lively said.

She went on to discuss how the home they've created with their three daughters -- James, Inez and Betty -- is what keeps him grounded. 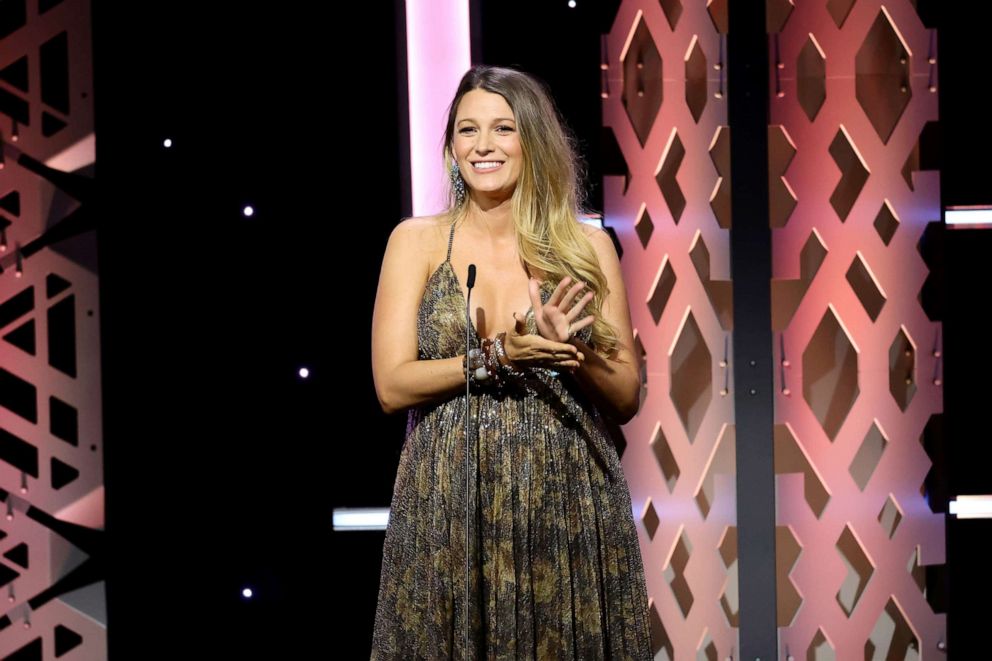 "I am his home, and his girls are his home, and just like that 19-year-old boy, he races home," Lively said. "Whether it's across the globe or a meeting across the street, he is hard-wired to get home. If he came home from set not in his wardrobe, you'd be very concerned. Soaked in mud, fake blood, real blood, prosthetic scars, superhero suits, tap shoes or clown makeup, daddy always comes home."

When Reynolds took the stage to accept the award, the "Deadpool" star acknowledged Lively and called her his "favorie collaborator."

"I get to spend my days working with my favorite collaborator of all, my wife Blake," he said. "You are the greatest ghostwriter in Hollywood history, you have literally authored me into this moment." 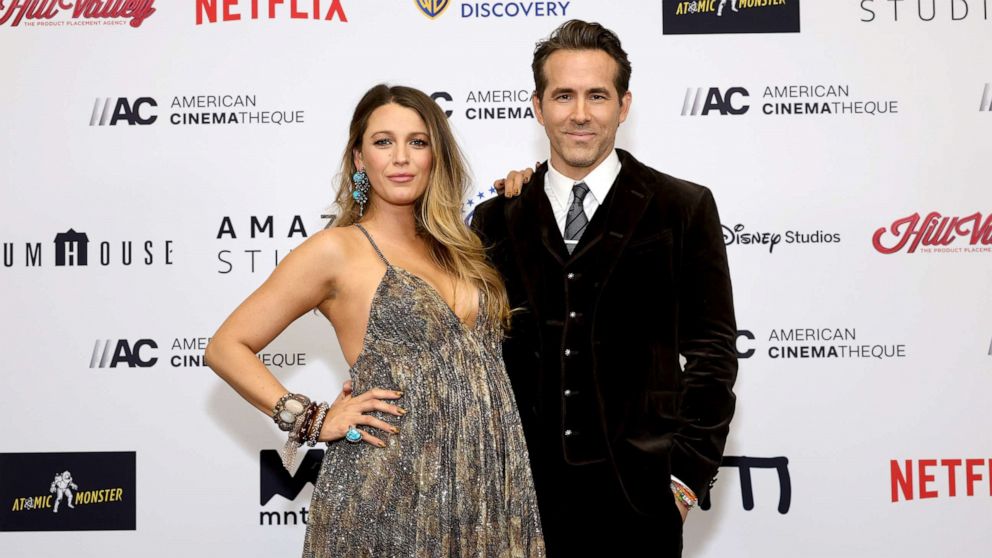 Lively and Reynolds tied the knot in September 2012 after meeting the year before on the "Green Lantern" set. Lively revealed in September this year that she was expecting their fourth child, posting a series of photos on Instagram.

"We're very excited," Reynolds told ET Canada this week. "You'd have to be a moron to do this four times if you didn't like it."