While accepting the award for best writing, executive producer Lydia Tengalia broke down on stage. 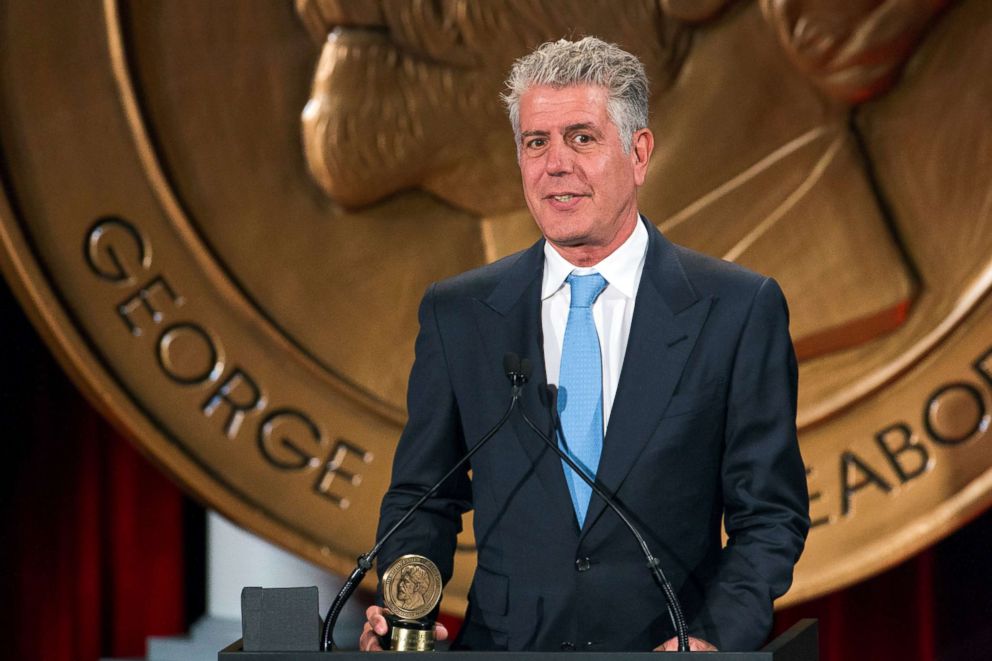 Lucas Jackson/Reuters, FILE
Anthony Bourdain speaks about the show "Parts Unknown" after the show won a Peabody Award in New York, May 19, 2014.

“He’s off on a journey to parts unknown,” she said. “We wish we could be there to shoot that journey with him."

John Legend was another big winner because he has achieved EGOT (Emmy, Grammy, Oscar, Tony) status with his award for outstanding variety special for "Jesus Christ Superstar Live," which he produced.

"Saturday Night Live" and "Game of Thrones" both racked up seven trophies over the weekend.

HBO won an overall 17 trophies, with Netflix trailing with 16 wins.