Fans of '90s sitcom "Boy Meets World" took over Fan Expo in Boston this weekend to see some of their favorite stars.

The cast members in attendance to celebrate? Danielle Fishel, who played Topanga Lawrence during the show's seven-season run, and her on-screen husband, Ben Savage, aka Cory Matthews.

William Friedle, who played Cory Matthews' older brother, Eric, Rider Strong, aka Shawn Hunter, and William Daniels, who played Mr. Feeny on the hit show, also appeared at the event and posed for many photographs together.

They also participated in a Q&A for fans of the show.

He also shared a shot of the group having some fun during the photo shoot without Mr. Feeny. 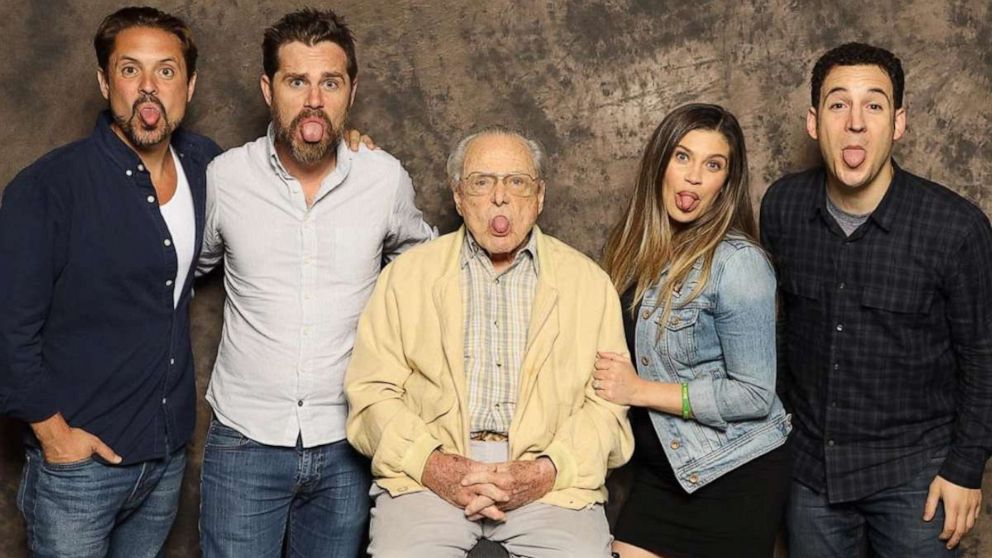 Savage shared a photo with the group hanging out in Boston.

The cast seems to enjoy reuniting with each other, as the group often appears at Comic Con events across the country.