Brad Pitt accepted the best supporting actor trophy at the National Board of Review awards in New York City on Wednesday evening, and he had some special words of thanks for the actor who presented it to him: Bradley Cooper.

The actors, who haven't worked together onscreen, hugged warmly after Cooper's introduction of the "Once Upon a Time ... In Hollywood" actor.

"Bradley just put his daughter to bed and rushed over here to do this," Pitt said, referring to Lea, Cooper's 2-year-old daughter. "He's a sweetheart."

"I got sober because of this guy and every day has been happier ever since. I love you and I thank you," he added. 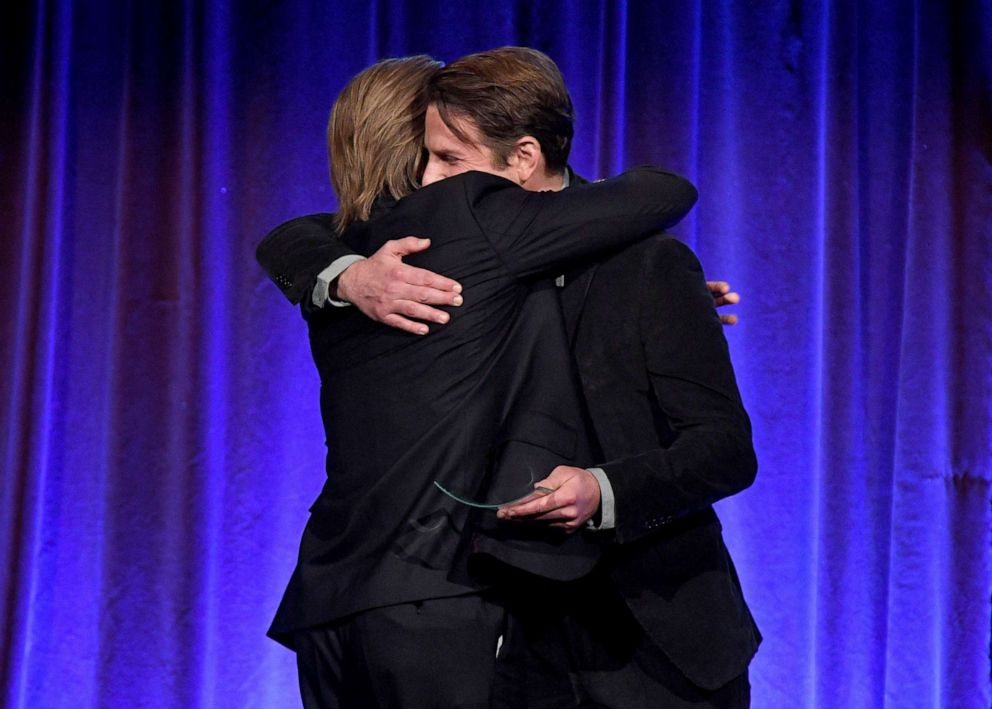 Cooper, now 46, once told The Hollywood Reporter that he stopped drinking at 29, fearing booze would "ruin" his life.

Pitt, 56, told The New York Times last year that he joined Alcoholics Anonymous after his ex, Angelina Jolie, filed for divorce in 2016.

"I had taken things as far as I could take it, so I removed my drinking privileges," he explained, adding that his recovery group, comprised of mostly men, provided a "safe space" for him.

Brad Pitt accepts the Best Supporting Actor Award for ONCE UPON A TIME IN HOLLYWOOD from Bradley Cooper at #NationalBoardOfReview #NBR pic.twitter.com/HS6mUVOWSD

"It was actually really freeing just to expose the ugly sides of yourself," he said. "There's great value in that."