Brad Pitt recently opened up about his struggle with prosopagnosia, commonly referred to as "face blindness."

Though the actor said he has never officially been diagnosed with prosopagnosia, a disorder characterized by the inability to recognize faces, he recently told GQ that some think he's remote, aloof, inaccessible or self-absorbed because he can't remember them.

"Nobody believes me!" Pitt told the outlet. "I wanna meet another."

The Oscar winner previously opened up about the topic in a 2013 Esquire interview.

At the time, Pitt told the magazine he preferred to stay at home instead of going out, saying, "You meet so many damned people. And then you meet 'em again."

The upcoming "Bullet Train" star said he had difficulty remembering people even if he had "a real conversation with them" and that he'd try to trick people into thinking he remembered them or hope they would drop a clue or some context of where he might know them from.

"So many people hate me because they think I'm disrespecting them," he said.

He revealed that he tried being honest with people and asking them where they had met before, but that backfired. "...It just got worse," he said, of that experiment. "People were more offended."

Pitt said he's typically thanked those who would help him out in social situations. Still, he said he felt people considered him to be "egotistical" or "conceited."

"But it's a mystery to me, man. I can't grasp a face and yet I come from such a design/aesthetic point of view," he said, adding that he plans to get tested. 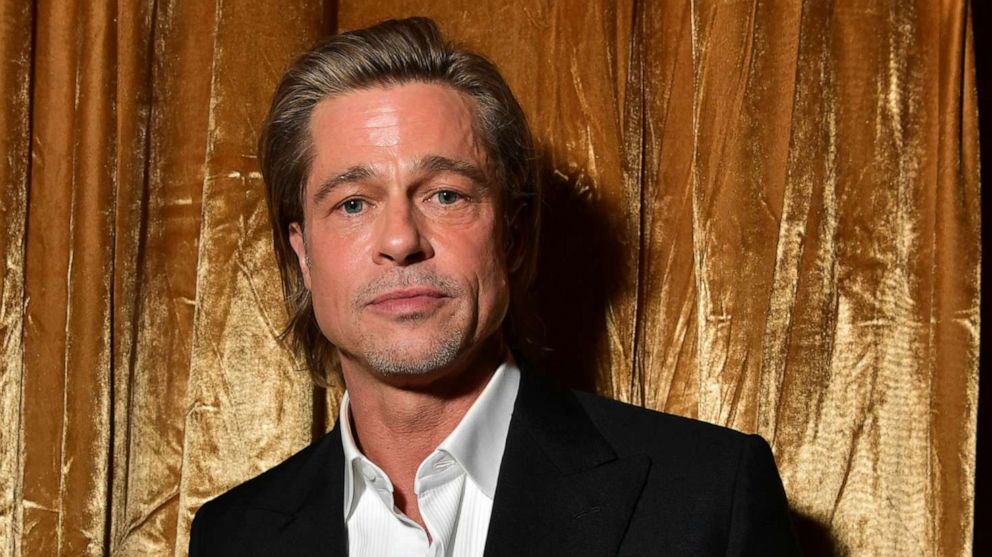 According to the National Institute of Neurological Disorders and Stroke, part of the U.S. National Institutes of Health, prosopagnosia is thought to be the result of "abnormalities, damage, or impairment" in the part of the brain that "appears to coordinate the neural systems that control facial perception and memory." It may also result from stroke, traumatic brain injury, or "certain neurodegenerative diseases."

In some cases, the institute states, "it is a congenital disorder, present at birth in the absence of any brain damage."

"There's a wide spectrum of symptoms people can have and of the severity in which they are affected by this," Dr. Leah Croll, an assistant professor of neurology at the Temple University Hospital, told "Good Morning America" recently.

Croll said prosopagnosia specifically refers to the "symptom of inability to attach a face to an identity," adding that while some people may have associated symptoms -- such as the inability to recognize facial expressions or objects, or trouble navigating -- "usually when we're talking about face blindness, we're keeping it just to issues identifying faces."

Addressing those who may be skeptical about the concept of "face blindness," Croll stated that "this is a very real syndrome."

"... Because it is such an abstract concept and really hard even for medical professionals to understand, it can feel like people are sort of faking it," she said. "Often these people are kind of worried that they come off as distant or aloof or cold, because they're scared that the people in their lives don't really understand what's going on with them and why they're having so much trouble recognizing them.

Though she emphasized that she had not diagnosed him herself, Croll said Pitt's experience was likely something to which many could relate.

"I think that Brad Pitt is experiencing something that many patients experience which is this funny feeling that something is off, but they're not quite sure what it is or where to go for help," she said. "... So someone thinking that Brad Pitt story sounds familiar to them or that they're having similar symptoms, I would recommend they go see a neurologist and get formally tested and evaluated."

Testing involves evaluation by a neurologist and a neuropsychologist, who "look at someone's visual processing system," according to Croll.

Though, as Croll states, there is no treatment for prosopagnosia, the National Institute of Neurological Disorders and Stroke says therapy should focus on helping individuals "develop compensatory strategies."

"Adults who have the condition as a result of stroke or brain trauma can be retrained to use other clues to identify individuals," the institute states.